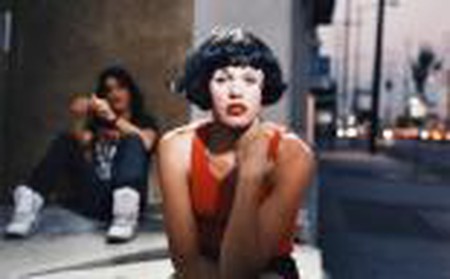 Connecticut-born artist Philip-Lorca diCorcia is championed for his brand of documentary-style photography that incorporates careful staging and cinematic light, functioning to highlight the particular psychology of each of his subjects. 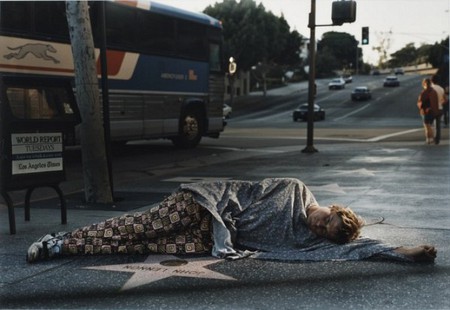 We tend to be complicit in the assumption that photography represents reality. We are constantly uploading, collecting, viewing, and giving our judgment on images in an age where to be a photographer is to be present. Arguably the most democratic of mediums, photography is within everyone’s grasp, available, ready to use, and ubiquitous. Photography has become an indispensable tool to determine one’s presence in the modern world, used to ‘secure’ memories or construct identities; photographs record and often interpret our existence. 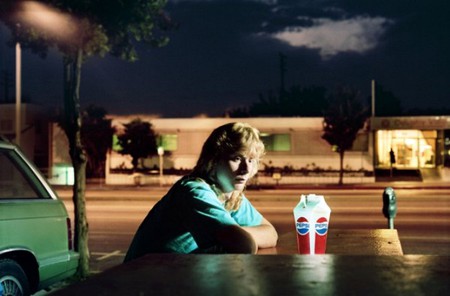 American photographer Philip-Lorca diCorcia (born in 1951) maintains that these ideas of the medium are all an illusion, or at least a fragile concept. His oeuvre, spanning three decades, was on view at the Schirn Kunsthalle in Frankfurt am Main as the subject of a retrospective curated by Katharina Dohm, entitled Philip Lorca diCorcia: Photographs 1975-2013. In these rooms, Lorca diCorcia’s work looms between what is staged, what is real, what is documentary, and what is fiction, constantly disrupting our understanding that “reality is a photographical image.”

Lorca diCorcia is recognized as one of the most innovative and influential photographers today, primarily for his role in reinvigorating the critical as well as the formal and technical aspects of photography. The most simple, and thus, enduring paradigm of photography, the representation of reality, is the crux of his work. Lorca diCorcia is best known for his minutely staged photographs that nonetheless appear to occur in situations that are trite or banal. The result is the illusion that the photographer was there at the right place, at the right time, capturing something essential of a place, person, and scenario that is almost serendipitous. 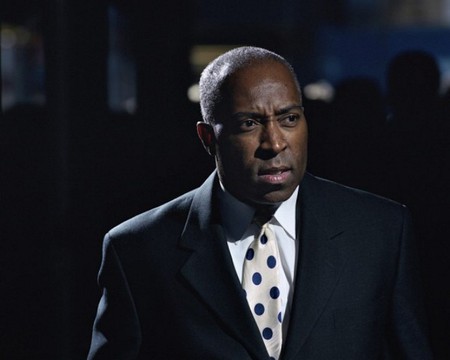 A Storybook Life for instance, a series of photographs that was first published as a book, has no particular narrative, yet the images, while seemingly banal in their subject matter, have a lavish theatricality akin to cinema sets. Lorca diCorcia captures his subjects unaware of their picture being taken, similar to radar guns capturing speeding cars. There is no ‘true’ spontaneity to these moments, the photographer seems to argue; he can only achieve this by a carefully planned, rehearsed, and perfectly executed set of artificial methods.

His series of photographs Heads retain this quality of the epiphany captured on film, only to be unmasked as artificially lit and careful executed. Head#1, for example, is a perfectly accomplished portrait; the expression is almost impossibly natural, a hint of a scowl barely forming on the subjects face, with perfect shadows that give the form volume, weight and depth. The light is ethereal and majestic. It is hard to believe that such a photograph was taken at random. Even if it were, and spontaneity was the secret to capturing reality, it would be simple to re-create it, thus subverting the notion that it indeed exists as a true moment, Lorca-DiCorcia reminds us. The image was rendered through a painstakingly planned trap of light and shade into which the passerby, a complete stranger, entered without his knowledge. The resulting image lies between documentary and fiction, calling into question the image’s status as a photographic record. 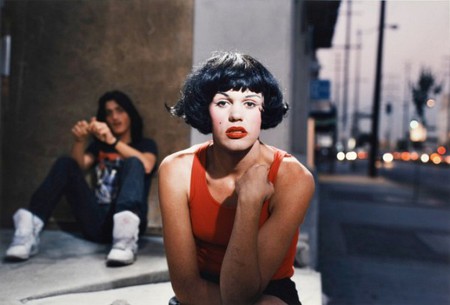 His best known series, Hustlers, employs male prostitutes as its subject matter. The titles of the photographs include the name, place, age of the model, as well as how much the models were paid for their time. By including their rate of pay, the artist seeks to demystify the ‘artfulness’ of the photograph by equating it with everyday life.

Marylin, 28 Years Old, Las Vegas, Nevada, $30 is a haunting portrait, a beautifully made-up escort lurking in the shadows of a derelict house front. It seems half documentary and half theater; the lurid subject matter almost poetic, representing that which we often cannot see or refuse to see. Lorca diCorcia’s talent in transforming this image into a tour de force lies not only in his technical mastery, but also in his ability to render subjects into possible narratives, retaining an air of mystery that belies the artificiality of the project. 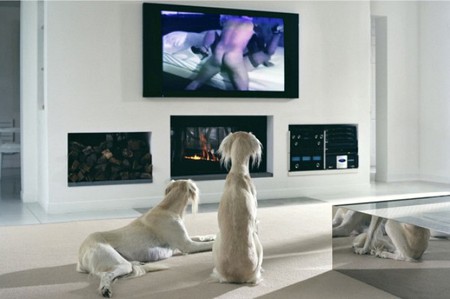 Philip-Lorca diCorcia, The Hamptons, 2008 from the East of Eden series | Courtesy of the artist, David Zwirner Gallery, and Sprüth Magers Berlin London

In the East of Eden series Lorca-diCorcia confronts questions of banality and moral decay. For instance, his Photograph The Hamptons features two dogs caught by the camera as they gaze at a television playing pornographic films. While a comically preposterous incident, perhaps it also hearkens to a complete dissolution of moral boundaries, and to the high moral cost of western luxury. The artist asserts that the series was “provoked by the collapse of everything, which seems to me a loss of innocence.

People thought they could have anything. And then it just blew up in their faces.” The series was begun in 2008, and its title references John Steinbeck’s literary masterwork by the same name, which in turn takes various themes from the book of Genesis, a book characterized by its moral parables; divine punishment is almost unequivocally the verdict in retribution for hubris. Lorca diCorcia seems to be manifesting that after 9/11, the War on Terror, and the crash of 2008, the moral compass of Western Society, especially in America, has further collapsed into gibberish and scattered imagery. Images are, by their very nature, part of a collection of superficial gloss that we use to enhance or structure our already fragmented lives.