Why Colorado Is the Perfect Vacation Escape for Texans 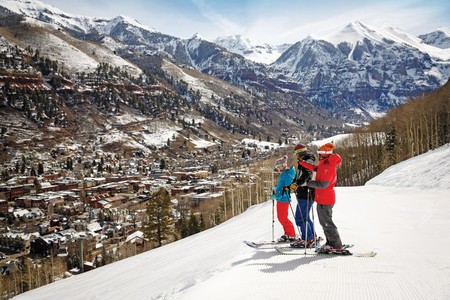 Whether you’re a Texan explorer who loves the outdoors or a committed urban foodie, Colorado won’t disappoint. Read on to find out why North America’s highest state tops Texans’ travel lists every year, from its world-class beer to one of the planet’s most famous mountain ranges.

One of the key appeals of Colorado for Texans is the ease and affordability with which it can be reached. Companies such as United, American Airlines and Frontier Airlines run daily direct flights from all the major Texan airports – especially Dallas – to the Coloradan cities of Denver, Montrose, Colorado Springs, Aspen, Durango, Vail and Grand Junction. Most non-stop flights between these states take just over two hours and return journeys cost as little as $50, making Colorado an ideally located vacation spot for Texans.

Colorado is the premier destination in the USA for skiing and snowboarding, with 28 resorts and the highest lift-served landscapes in the country. Texans looking for a high-speed winter fix have an almost bewildering array of spots to choose from, from vast regions such as Vail (seven miles wide, with 193 skiable trails) to smaller, historic resorts such as Howelsen, which offers 15 slopes and world-class ski jumps. Other ways to make the most of the pristine snow and crisp skies of a Coloradan winter include ice skating, fat-tire biking, dog sledding and snow tubing.

An escape from the heat of a Texan summer

Colorado is also a perfect destination for Texans looking to escape their state’s blistering summers, when the mercury often passes the 100F (38C) mark. Temperatures in Colorado usually top out at about 90F (32C) in July, but generally hover around 75F (24C) throughout the rest of the summer. This enjoyable warmth makes Colorado a top summer spot for outdoor activities such as hiking, climbing, mountain biking, white-water rafting and horse riding.

Texan beer lovers couldn’t ask for a better vacation escape than Colorado, which produces more barrels of the stuff every year than any other state. It’s home to almost 200 craft breweries, most of which are located in the Front Range (Fort Collins, Denver, Boulder and Colorado Springs) and offer year-round tours and tastings. Denver is also the setting, every October, for the Great American Beer Festival, the largest festival of its kind in the States. In addition to its breweries, Colorado boasts over a hundred wineries, many of which are found in the beautiful Western Slope area.

Increasingly, Colorado is sought out by Texans for its stellar culinary offering. The Mediterranean restaurant Rioja in Denver received the James Beard Foundation Award for Best Chef in 2013, while Telluride’s Alpino Vino offers Italian food 12,000ft (3,658m) in the air, making it the highest fine-dining restaurant in the country. Bruce’s Bar in Severance is said to cook Colorado’s best Rocky Mountain oysters (that’s bull testicles), while statewide Snooze offers breakfasts and brunches beloved by Texan foodies. Colorado was also the setting for Season 15 of the popular TV programme Top Chef.

Texans also head to Colorado to admire some of the USA’s most humbling scenery. Most famous of all is its very own stretch of the Rocky Mountains, which consists of 58 peaks over 14,000ft (4,267m) high and makes it the tallest state in the country. Colorado is also home to the Great Sand Dunes National Park, where you’ll find the highest towers of sand in North America, reaching 750ft (228m) up into the sky. Colorado’s most unforgettable scenery is spread over ten national and 42 state parks.

Weed is legal in Colorado, making it a popular spot for Texans seeking a pot-themed getaway. The state is home to many companies specialising in 420-friendly holidays (as vacations centring around the herbal relaxant are known), which seek out weed-tolerant accommodations and run pot-orientated classes and events. For a great selection of the latter, check out the Colorado Cannabis Tours, which offers chilled Texans everything from lessons on cooking with cannabis to pot-fuelled painting lessons. The state’s rules and regulations concerning weed are explained here.