How to Visit the Hotel Where 'The Shining' Was Filmed 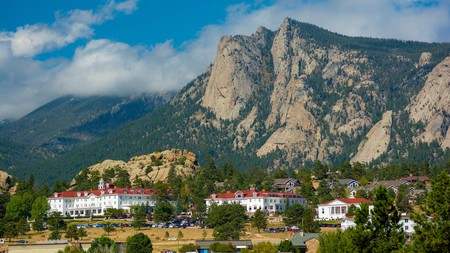 The Stanley Hotel, said to be an inspiration for 'The Shining', is surrounded by the Rocky Mountain National Park | © Jeff Zehnder / Alamy Stock Photo

Spend a night in the hotel that inspired Stanley Kubrick’s classic movie The Shining… if you dare. It’s said to be haunted, but don’t let that put you off. Here’s what you need to know.

Visit Colorado with Culture Trip as part of our specially curated small-group Colorado and Utah trip to visit some of the state’s most exciting spots.

Stanley Kubrick’s terrifying adaptation of Stephen King’s book The Shining was something of a box office flop when it was released in 1980. Today the film is seen as one of the best horror films of all time, and fans continue to seek out the impressive hotel at the heart of the story. Here’s a guide to finding the real-life inspiration behind the movie, and how to spend the night there.

Why is ‘The Shining’ such a popular movie? 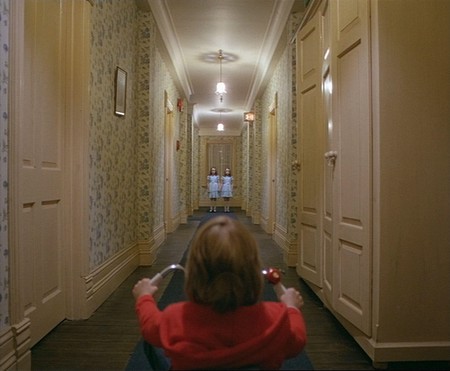 The Shining has the sort of fan adulation that is difficult to explain. Countless conspiracy theories have sprung up around the movie, including claims of hidden messages, evidence the 1969 moon landing was faked and even rumours the whole film is set to a soundtrack by the Beatles. You can investigate all those theories, and many more, until your heart’s content online, but in the real world, the setting used for the movie is what really fascinates cinephiles and curious travelers. 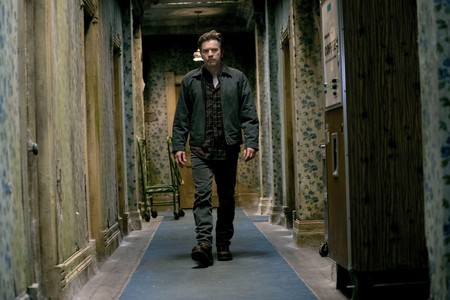 Based on a book by Stephen King, the Kubrick version of The Shining has spawned a belated sequel in the form of Doctor Sleep (2019) and even been remade at the request of King himself, who famously hated the 1980 film version of his own story. The conflict between King and Kubrick has also led to confusion over where the hotel at the center of The Shining can actually be found, or if it even exists at all.

Which hotel was used in the filming of ‘The Shining‘? 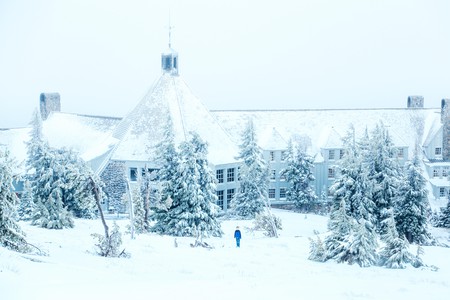 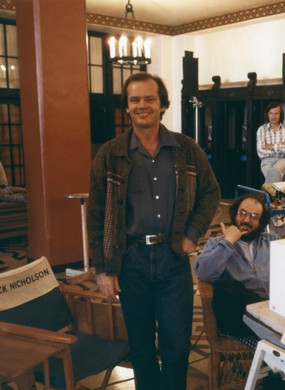 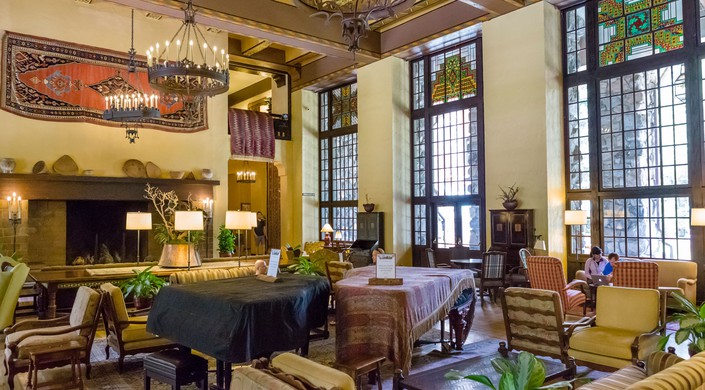 In Kubrick’s movie, Jack Torrance (Jack Nicholson) is charged with looking after the Overlook Hotel in the winter season when all other guests have checked out. Jack brings along his wife and young son; the family soon settles in for a winter retreat. Slowly a sinister force begins to drive Jack insane, but is it supernatural or something to do with his personal demons?

The story is set almost entirely within the confines of the hotel, and Stephen King came up with the idea for The Shining when he was staying at the Stanley Hotel in Colorado. The surrounding Rocky Mountain National Park plays into the paranoia Torrance experiences in the book. The 1997 TV movie of the same name actually uses the Stanley to sit in for the fictitious Overlook Hotel, although Kubrick had a very different vision in mind for his earlier movie.

Timberline Lodge in Oregon was chosen by the eccentric filmmaker to portray the exterior of the Overlook Hotel. Many of the interiors were based on the Ahwahnee in Yosemite, although filming took place on purpose-built sets in England. As you can imagine, this confusing series of events has led many to wonder where the hotel from The Shining can actually be found.

Where is ‘The Shining’ hotel located? 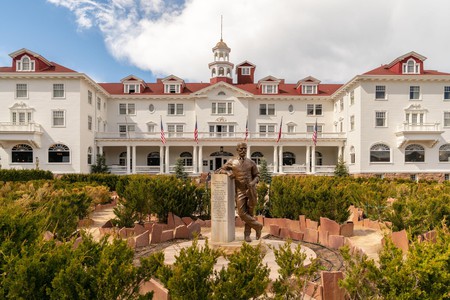 For many, the historic Stanley Hotel is the true home of The Shining. The hotel is actually formed of a collection of four properties in Estes Park, Colorado, which you can visit with Culture Trip as part of our specially curated small-group Colorado and Utah trip. The main building is more than 100 years old and is surrounded by a large area of wilderness close to the popular town of Boulder.

Denver is the largest city within easy reach of the hotel, about 70mi (113km) away. Direct flights can be found from other major US destinations as well as from Europe. It’s a 90-minute drive from Denver International Airport to the famous spot.

In the novel, King highlighted Room 217 as the source of paranormal activity that haunts the Torrance family. For his film, Kubrick changed the location to Room 237 apparently at the behest of Timberline Lodge who feared that subsequent visitors would be put off staying in the room. Apparently, if you do book in for a stay at the Stanley, you’ll be able to watch The Shining whenever you want as the hotel has a channel screening the movie on a loop.

How can I visit ‘The Shining’ hotel? 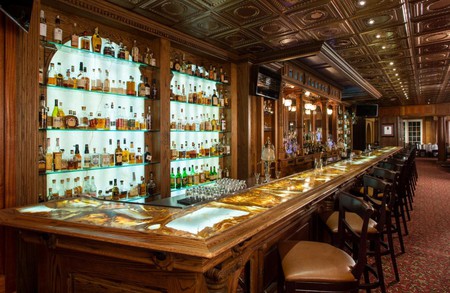 The Whiskey Bar at the Stanley has the largest selection of whiskeys and single malt scotches in Colorado | Courtesy of The Stanley Hotel / Booking.com

If you’re looking to stay at the hotel and have a truly spooky experience, rooms 401, 407, 428, and of course 217 are said to be favored by otherworldly spirits. The Stanley also organizes daily tours for those keen to see what all the fuss is about.

For more conventional visits, the Stanley is ideally situated for day trips and excursions into the Rocky Mountains. You can stay at the hotel or take part in some of the leisure activities on offer. This is a tradition the current owners of the property are keen to hold on to; it aligns with the original purpose of the venue as an entertainment spot where founder Mr FO Stanley came to recuperate after falling seriously ill in 1903.

Rooms vary in price, but you are advised to book early if you want to stay overnight in one of the iconic, haunted rooms