Although he never intended to become a chef, Lenny Martinelli has excelled in the culinary world. His most profound accomplishment has been the success of his famous teahouse in Boulder, Colorado. He talks about his beginnings and the influences which inspire his cooking. 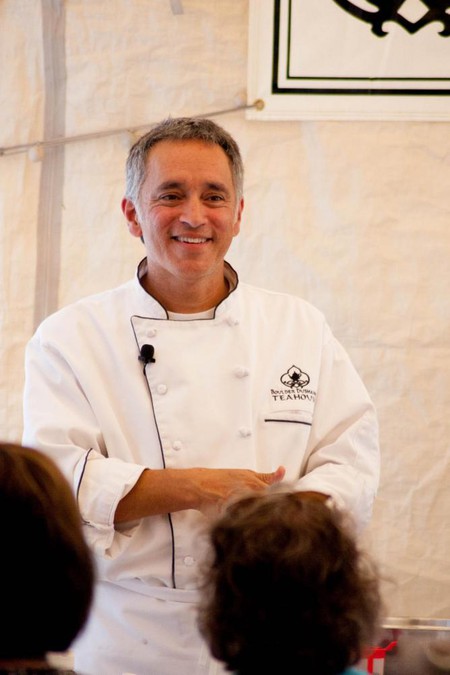 Lenny Martinelli is owner and head chef of the famous Dushanbe Tea House in Boulder, Colorado. With almost 37 years of experience in the food industry, he has worked his way up from front-of-house positions since age 15, bussing, serving and bartending his way into the most important project of his life. Using his restaurant and architectural experience, his investment in the renowned, Persian-style teahouse at the age of 35 took him on a cultural journey that has provided both locals and tourists with a unique dining and tea experience for almost 20 years. It is the only teahouse of its kind in the Western hemisphere, and its global scope has inspired a menu of diverse and international drink and cuisine.

How did you come into ownership of the Teahouse?

I was co-owner of a cafe in Boulder when I received a letter about funding for a project, which was the construction of the teahouse. Our newly established sister city, Tajikistan, had sent over a handcrafted teahouse as a gesture of friendship. The pieces of the teahouse were shipped over in 200 crates, which sat around for eight years before they were even opened. My wife and I made a bid and got the teahouse. A city grant allowed us to bring over skilled artisans from Tajikistan who helped us to put together the teahouse, which took about nine months to construct. 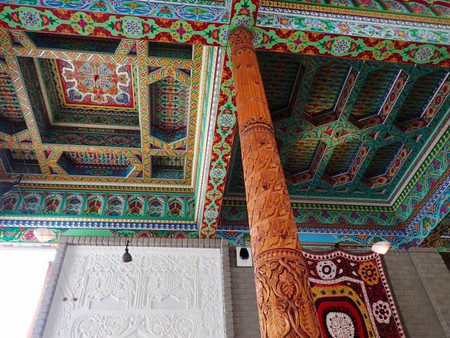 How did you establish the menu for the Teahouse?

We focused first on the tea. We dug deep to gather information and began with a menu of 100 carefully selected teas. Our menu focuses on tea cultures and cuisine from around the world. When the teahouse opened, it was very early in the “tea world,” and not a lot of people knew much about it. So we started the Rocky Mountain Tea Festival, where we invited tea companies and connoisseurs from around the world to come and teach. We put together classes on how to cook using tea, and began to incorporate it into some of our dishes.

Speaking of tea, where do you get yours from?

Our teas come primarily from China and India, but also countries like Japan, Taiwan and Africa. We work with our tea supplier and friend, David Lee Hoffman, who sources directly from China. He has mentored us for many years and helped us to better understand tea. He was the first westerner to go to China and buy tea directly from farmers. Over the years, my wife has developed connections as well. 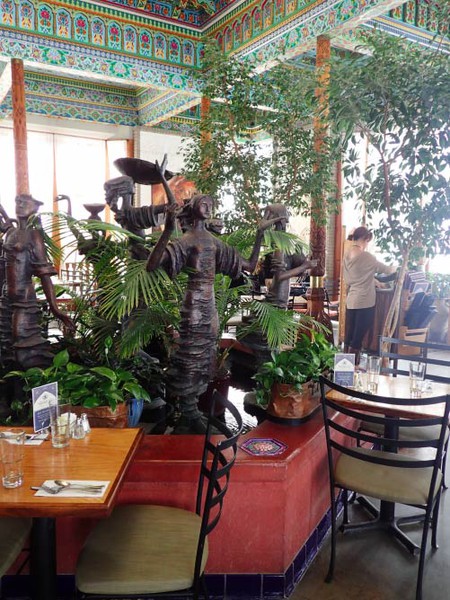 How did you come to specialize in world cuisine?

My culinary career was developed with world cuisine. I was never formally trained, but taught myself everything I know through a lot of research and through the knowledge of other chefs. I read books on obscure dishes and ingredients before they became popular in the U.S, such as Argentinian Chimichurri sauce, which is now found almost everywhere. I learned a lot about geography studying cuisine. You watch how plants and spices go from one part of the world to another, and how these influences spread across continents. Cuisine travels.

How do you decide what goes on the menu?

Well, most of the items we serve are of classic, ethnic cuisine. I try to avoid fusion. Our brunch menu, though, has a variety of American dishes, because we want to cater to everyone. Two to three times a year we change the menu, incorporating new but classic dishes.

You bought your own farm five years ago. What inspired you to do this?

I wanted to grow my own food, and try to incorporate as many locally sourced, organic ingredients into my dishes as possible. A lot of people forget about how much food production has evolved and how accessible food is now. It used to be that during the harvest, people celebrated because that harvest was how they were going to live for the next five months. They understood the importance of the seasons because by the end of winter they were almost out of food. Then, during the spring equinox, when the food started to grow again, it was a celebration. It meant survival. 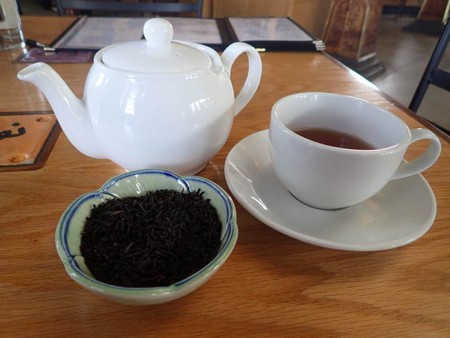 Since the teahouse incorporates both world cuisine and tea, could you show us a few food and tea pairings?

It is a black tea that is smoked over pine wood fires. It is characterized by its smoky flavor. 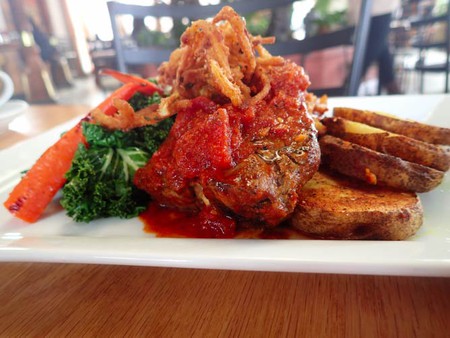 This dish is made with curried lamb, roasted carrots, braised greens, Yukon Gold coins, and onion Bhaji, which are essentially fried onions. 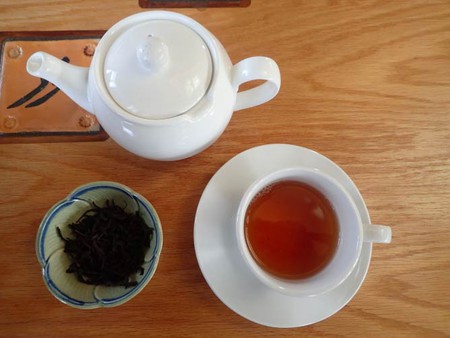 It is a black tea, characterized by its sweet honey flavor. 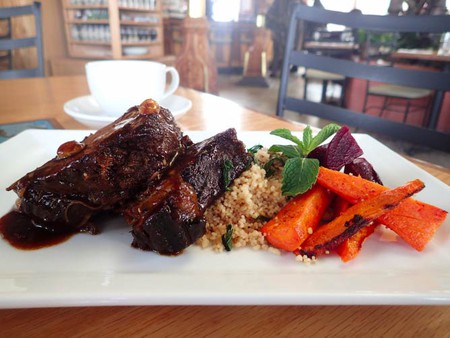 This dish is made with slow-braised beef, roasted carrots, pickled beets, walnut-herb cous-cous, honey and spice reduction. The sweeter notes in the tea hold up to the rich stock of the beef, which is also braised in honey. 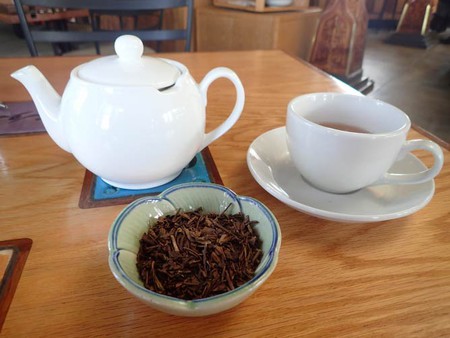 It is an organic green tea that is roasted. It is characterized by its robust flavor. 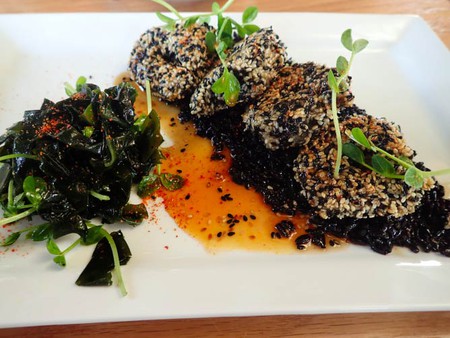 This dish is made with sesame seared shrimp in a green tea glaze. It is served with forbidden black rice and a seaweed-pea shoot salad. This particular dish is prepared using a green tea.