The Solo Traveler’s Guide to Colorado 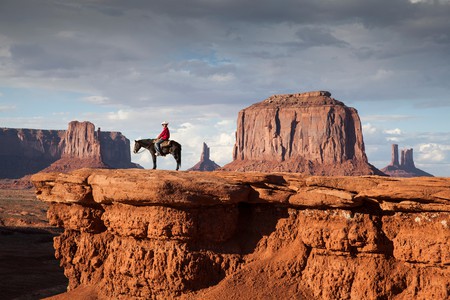 The Centennial State has plenty to keep solo travelers occupied. It’s vast, encompassing the red-rock tablelands of the Colorado Plateau and the snow-brushed summit of Mount Elbert – the highest peak in the Rocky Mountains. The magic of Colorado is perhaps best found on the open road as you snowboard, off-road and multi-day-hike your way through timeless landscapes.

It’s all about the outdoors. True, the idea that Colorado receives 300 days of sunshine a year was a myth created by a railroad publicist in the 1870s – but the climate is still perfectly matched for year-round off-grid pursuits. Unique cities such as Denver will tempt you with sport (from baseball to ice hockey), music (don’t miss the natural Red Rocks Amphitheatre in Morrison) and craft breweries galore. But the great beyond will beckon, where sprawling forests, millennia-old Ancestral Puebloan sites carved into sandstone and rolling high plains form a dramatic backdrop to any activity. 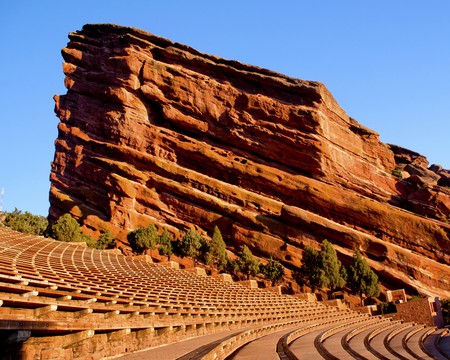 Solo travelers to Colorado are in luck: there are well-maintained nature trails, the transport networks are easy to navigate and affordable B&Bs abound. With over 100,000sqmi (260,000sqkm) to explore, including four national parks – Rocky Mountain, Mesa Verde, Great Sand Dunes and Black Canyon of the Gunnison – you’ll ideally need at least 10 days. Peak season is from March to May, but visit mid-September to mid-October to see the transforming golden colors of fall, or in winter for the soaring glaciers of Aspen. 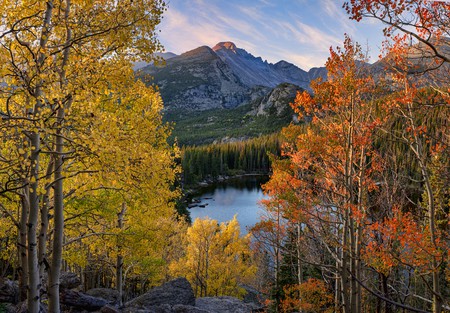 Where to stay in Colorado as a solo traveler

Whether you want a city base or something more remote, Colorado has it all. For a stopover soundtracked by urban hum, choose between Denver, Boulder or Colorado Springs. If you’re keen to fling yourself down vertigo-inducing pistes, pick Aspen, Breckenridge or Vail. Estes Park, in the foothills of the Rockies, is the ideal basecamp for outdoor adventure, while Durango puts you close to the Ancestral Puebloan sites of the Four Corners region, such as Chimney Rock and Mesa Verde National Park. 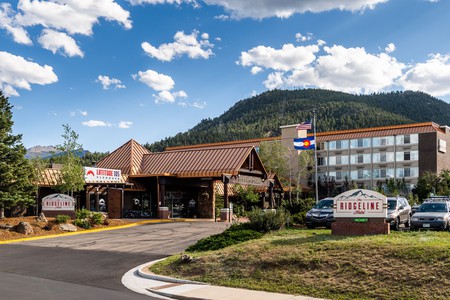 For more ideas, read our guide to the best hotels in Colorado.

What to do in Colorado as a solo traveler

The 30 highest peaks of the Rocky Mountains – the spine of North America – are in Colorado, and there’s nowhere better to marvel at their grandeur than in Rocky Mountain National Park. Peaking at nearly 12,000ft (3,658m) above sea level, the Trail Ridge Road crosses the Continental Divide in a snaking formation on its route from Estes Park to Grand Lake. Drive this summertime-only route after the winter thaws – you’ll be on top of the world. 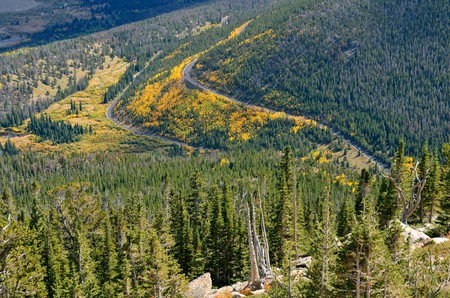 The Trail Ridge Road is featured in this Culture Trip eight-day tour of Colorado and Utah, alongside a visit to the “haunted” Stanley Hotel made famous by The Shining (Stanley Kubrick, 1980).

Contrast alpine lakes with stark desert at Great Sand Dunes National Park, on the eastern edge of the San Luis Valley. A collection of sediments captured from the surrounding mountains over millennia, the dune field contains the tallest sand mounds in North America, rising 750ft (228m) from the valley floor and framed by the Sangre de Cristo range. You’ll cross the trickling Medano Creek and trek across the plains to reach the sandy bluffs – bring a rented sandboard, neck gaiter and ski goggles for a high-thrills descent. The dropping sun reveals an uninterrupted mantle of stars. 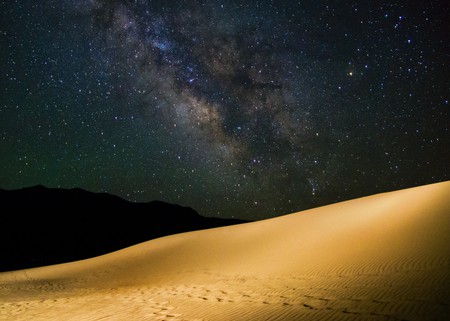 Founded on the dreams of Pike’s Peak Gold Rush miners in 1859, Breckenridge is known today for its frontier-esque streets and sweeping ski resort amid the summits and ridges of the Tenmile Range. The resort reaches an elevation of 13,000ft (3,962m); with five peaks, 34 lifts, 187 trails and nearly 3,000 skiable acres (1,214ha), Breckenridge is an expansive ski haven. More than half of its powdery, chute-pocked terrain is best left to expert skiers, but beginners are well catered for too, with green runs occupying the entire base of Peak 9. 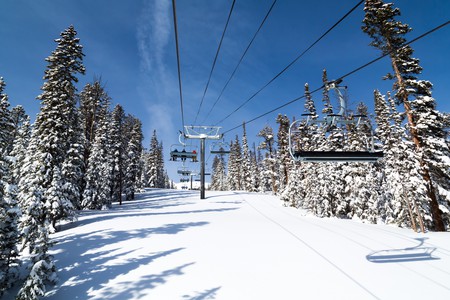 For more ideas on things to do in the Centennial State, such as Garden of the Gods Park or Pike’s Peak Cog Railway, check out our guide to the must-visit attractions in Colorado.

Eat and drink in Colorado as a solo traveler

With more than 400 breweries, over 150 wineries and a flourishing list of gong-winning restaurants, Colorado is a paradise for foodies. While you’re here, look out for famous foods: Rocky Mountain oysters, invented at local ranches and made of bison testicles; palisade peaches, most notably grown by the 100-year-old Talbott Farms; and Denver omelet, served with diced ham, onion and green pepper, invented by Chinese cooks during the railroad days. 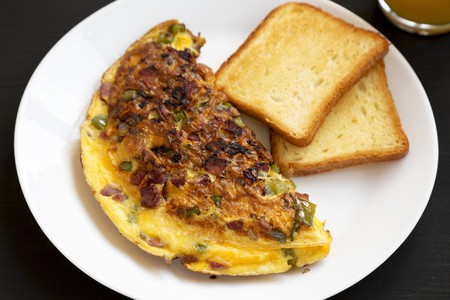 Getting around Colorado as a solo traveler

As Colorado is the eighth-largest US state, expect to cover vast distances between attractions – and to do so, it’s worth hiring a car. The road network is easy to navigate, but direct routes can be interrupted by mountain peaks, so plan ahead with this handy guide to driving distances. In Denver, the public transport network RTD is inexpensive and easy to use, and covers light rail and buses; for train journeys further afield, Amtrak connects the main cities via the California Zephyr line. 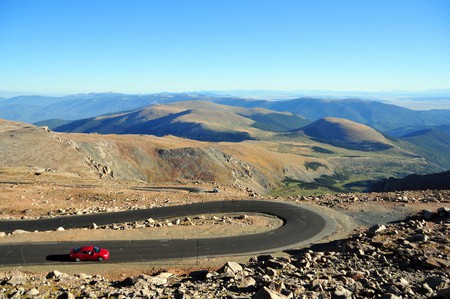 It’s the weather you need to keep an eye on in Colorado. Winters can bring severe snowstorms, while summers can usher in acute hailstorms, flash floods and even tornados. When outdoors, pay attention to your surroundings and heed warnings given by guides – the elements can put you in sudden danger, so plan ahead and stay vigilant. 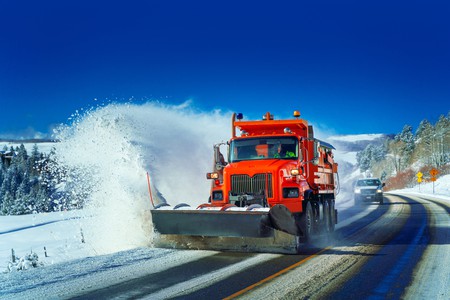 Colorado is generally a progressive state – it legalized cannabis in 2012 – but bear in mind that some parts remain very conservative. 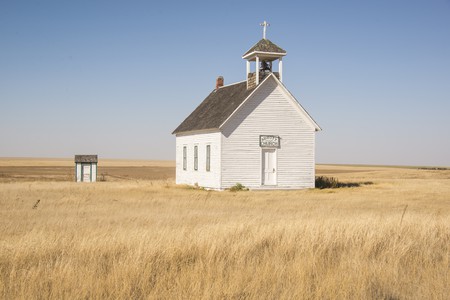 Looking to tour the highlights of Colorado with a small group of like-minded travelers? Join this Culture Trip eight-day adventure to the Centennial State and neighboring Utah, where you’ll hike through canyons near Moab, bike dusty trails in Arches National Park and go rafting on the Colorado River.