The Coolest Neighborhoods in Denver, Colorado 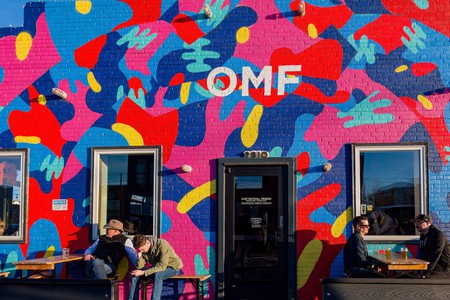 Denver, Colorado’s capital and most populous city, has a lot going for it. It’s packed to the brim with arts, culture and creativity – such as the Denver Art Museum in the Golden Triangle, up-and-coming galleries in Cherry Creek and breweries in RiNo. It’s also near the Rocky Mountains. Heading to the city? Book a unique hotel or inn, and read on to discover Denver’s coolest and, arguably, best neighborhoods.

This neighborhood, forming a triangle between Colfax Avenue, Speer Boulevard and Broadway, is one of Denver’s oldest. As the city’s cultural capital, the Golden Triangle boasts museums, rotating plays at the Curious Theatre Company and artisanal coffee shops. Cool creatives visit the area for the Denver Art Museum and the Clyfford Still Museum, which showcases the best pieces from this abstract expressionist. The golden-domed Colorado State Capitol building, in front of the flower-filled Civic Center Park, is an architectural highlight. 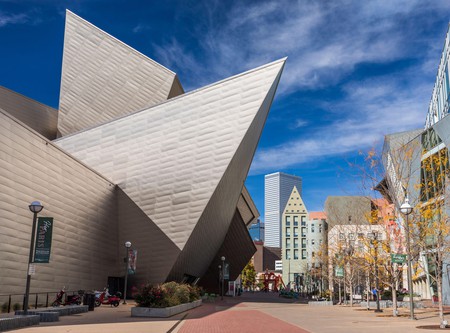 Central Park, formerly known as Stapleton, was once home to the city’s old airport but has since been transformed into a suburban haven. Picture cookie-cutter houses, a nearby wildlife refuge and jogging paths with views of the Rockies. While it might sound a bit tame, Central Park is just 10 minutes north of Downtown Denver, making it a great place to catch an outdoor movie in the summer or shop at Stanley Marketplace, a former airplane factory filled with trendy shops and restaurants. 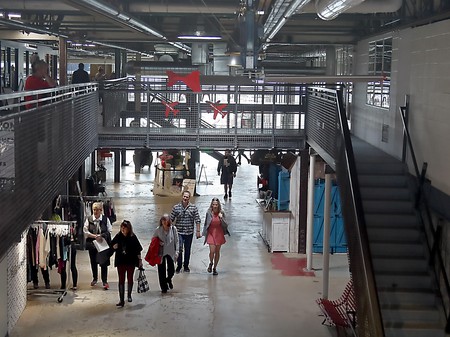 Fancy some park life in the heart of the city? This neighborhood is named for Denver’s biggest and best green space. The 330-acre (134ha) City Park has a zoo, trails, huge lawns for picnicking and lakes with beach volleyball. The area’s also home to the Denver Museum of Nature and Science, the Sie FilmCenter and a selection of retro dive bars with live music on Colfax Avenue. In summer, the neighborhood comes alive with music at the City Park Jazz concert series. 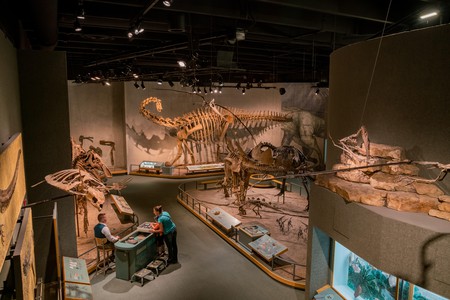 Park Hill, 10 minutes east of Downtown Denver, is among the city’s oldest and most diverse residential neighborhoods. Folks from all over the world settled here in the 19th century – and today, it has a liberal, community-focused vibe. Think coffee shops and parks, summer block parties and tree-lined avenues featuring original Victorian-era architecture. The area also has a thriving bar and restaurant scene; top picks include Neighbors Park Hill and gourmet Italian fare at Spinelli’s Market. 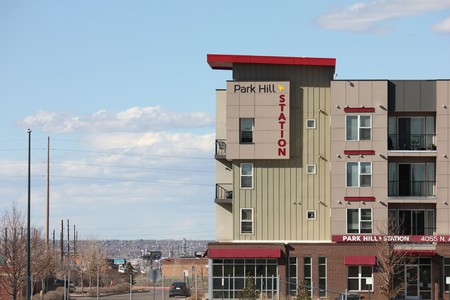 LoDo, or Lower Downtown, is the go-to place for trendy eateries, artisan coffee and boutique and vintage shopping. Head to Larimer Square to get acquainted with local fashion brands and restaurants. During the day, visit the ViewHouse Ballpark’s rooftop for brunch with views of the Denver skyline, and at sundown, go to the historic 100-year-old Union Station for something a little more refined. Are you a baseball fan? Coors Field, where the Colorado Rockies play, is also in the district. 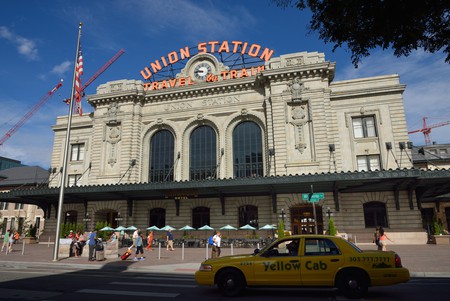 The River North Art District, aka RiNo, is the unofficial art capital of Denver – billing itself as the destination “where art is made” – with street art, art galleries and studios dotted all around. Meanwhile, RiNo’s historic warehouses and factory buildings also play host to music venues, restaurants and breweries. Plan to visit on the first Friday of the month to attend art openings and lesser-known live gigs. 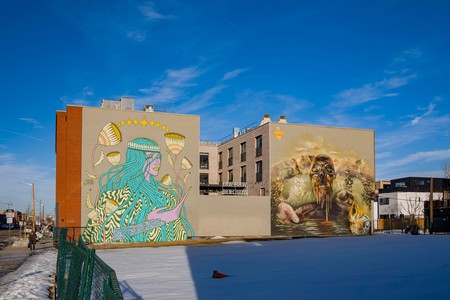 Stop off at Capitol Hill, east of the Colorado State Capitol building, to learn about Colorado’s history. The district is home to turn-of-the-century mansions and worth exploring for the architecture alone. It’s also brimming with parks, modern restaurants and bistros, coffeehouses and bars along Colfax Avenue. Benny’s Restaurant and Cantina is a Denver staple and an excellent place to try Colorado’s signature green chili, while City, O’ City, a vegetarian restaurant, has been racking up accolades for years. Capitol Hill also has several parks and specialty shops and is a great area to walk around. 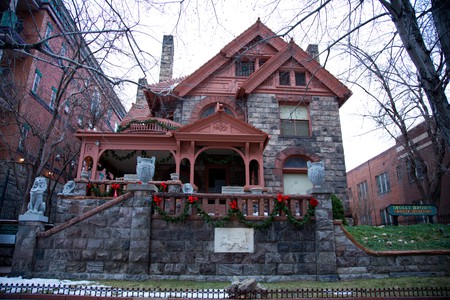 Uptown, east of Downtown Denver, is a hip area where modern structures sit side by side with historic properties, including Victorian homes. Visit its main street, 17th Avenue, for restaurants, coffee shops, bars and boutiques; enjoy the retro-themed Steuben’s or take a stroll a few blocks to the popular Fluid Coffee Bar. Uptown also borders City Park, where you can get stuck into outdoor recreational activities and visit the Denver Museum of Nature and Science and Denver Zoo. 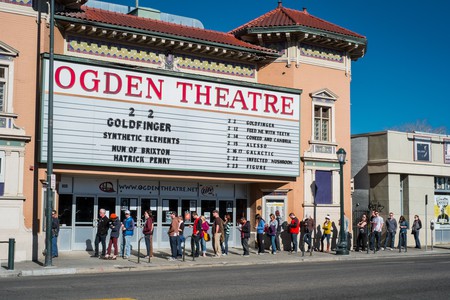 Among Denver’s oldest and most diverse neighborhoods, Five Points was called the Harlem of the West in the 20th century, when it hosted many jazz greats, including Billie Holiday and Miles Davis, who were known to frequent places such as the historic Rossonian Hotel. Late 20th-century urban revitalization projects have given the neighborhood a new injection of life while honoring its rich cultural history. The Black American West Museum, housed in a Victorian home, is a must-visit, as is the Five Points Jazz Festival in May. As for food, the area serves up some of the best Caribbean cuisine, soul food and barbecue around. 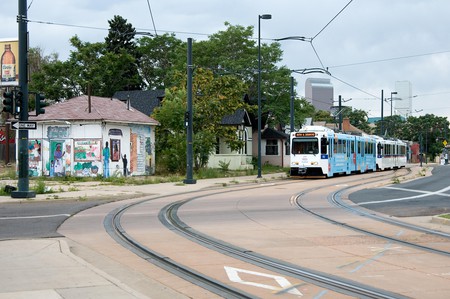 The Highlands, divided into three distinct areas, is a large neighborhood slightly removed from the heart of Downtown Denver – but that doesn’t make it any less exciting. LoHi features some of the city’s best up-and-coming restaurants and bars; enjoy urban street food in an old mortuary at Linger and a frozen treat at Little Man Ice Cream. Highlands Square boasts several trendy boutiques, coffee shops and restaurants such as Happy Bakeshop, while the Tennyson Street Cultural District is the place to go for galleries galore. 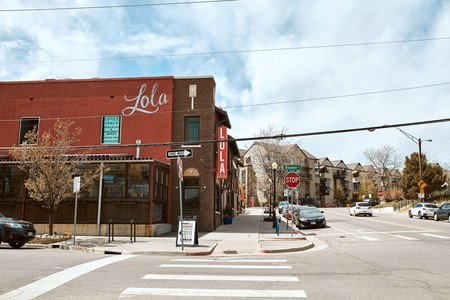 Washington Park, or Wash Park as Denverites call it, centers on the family-friendly green area of the same name. It comprises 165 acres (68ha) of tree-lined paths for dog walkers and joggers, two lakes and several flower gardens. Elsewhere, the Wash Park neighborhood is home to South Pearl Street and Old South Gaylord, both of which are hotspots for local restaurants, art galleries and boutiques. Take advantage of the South Pearl Street Farmers’ Market from May to November. 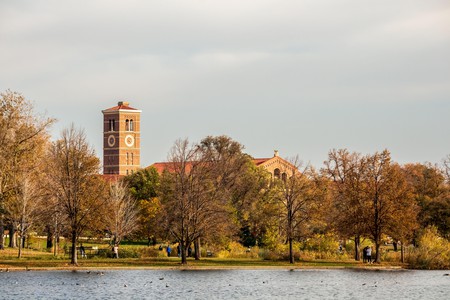 As it’s one of the major transportation routes in and out of Denver, it’s no surprise that South Broadway (locally known as SoBo), along with the Baker district, is a diverse neighborhood with a lot to offer. It’s home to an array of unique restaurants and bars, from Punch Bowl Social Denver to the whimsical and top-rated Beatrice & Woodsley. Shoppers will enjoy the thrift stores and craft shops, while culture vultures can visit the area’s live-music venues and the Mayan Theatre – a restored movie theater that dates back to 1930. A little farther down the road is Antique Row, where shoppers will find more than 100 antique stores within an 18-block radius. 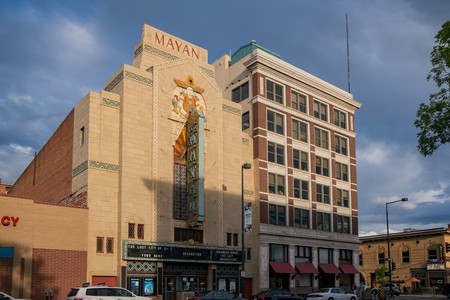 Cherry Creek, a high-end shopping and dining district, is only about a five-minute ride from Downtown Denver. Central to the area is the Cherry Creek Shopping Center, a mall with more than 160 stores, including Burberry and Louis Vuitton. The district also features Cherry Creek North, an outdoor shopping area with 16 blocks of art galleries, independent boutiques and upscale dining options. Head to Elway’s, owned by former Denver Bronco’s quarterback John Elway, for a bite to eat. 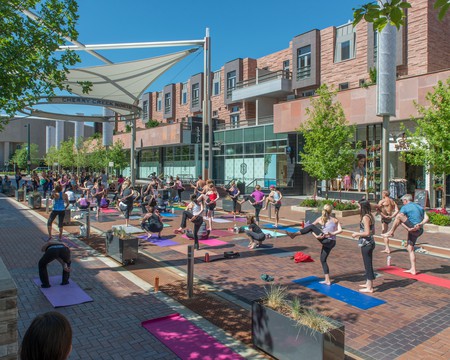 The Art District on Santa Fe is the largest art district in Colorado, with more than 30 galleries and studios, as well as several restaurants and shops. The neighborhood honors its Hispanic roots with the Museo de las Americas and many of its local restaurants, such as the popular El Noa Noa Mexican Restaurant. The district’s First Friday Art Walks allow guests to tour galleries and studios; the event also features live music, food carts and other festivities. Stranahan’s Colorado Whiskey, the first Colorado-born whiskey, also offers tours and tastings at its distillery. 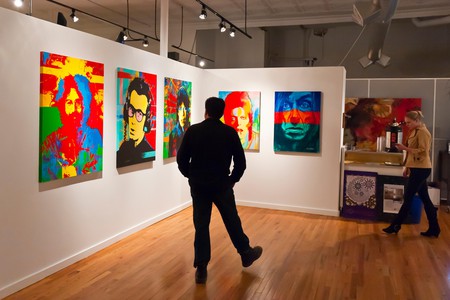