The Art of Becoming Santa Claus 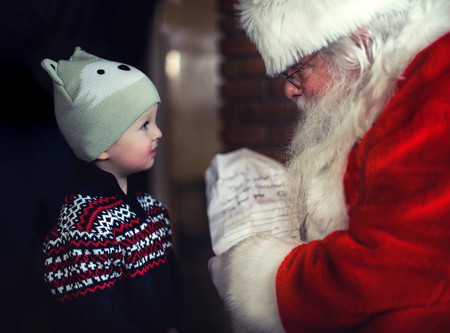 If the name doesn’t give it away, then the students attending the Professional Santa Claus School certainly will. With classes in “ho, ho, ho-ing” and cut-out snowflake-making, this Colorado-based school is spreading holiday cheer by teaching students to become Santa Claus.

“Most of the men come to me and say, ‘I’d like to play Santa’, and the first thing I say to them is that we don’t play,” says Susen Mesco, founder and director of the Professional Santa Claus School, in the documentary Becoming Santa. The documentary follows a Los Angeles native as he embarks on a journey to Denver, Colorado, to reconnect with his holiday spirit by transforming himself into Santa Claus—a surprisingly arduous task that requires much more effort and dedication than anticipated.

Chances are you’ve spotted Santa Claus look-a-likes everywhere, from street corners—ringing bells alongside Salvation Army buckets—to your local department store. Most adults will notice Father Christmas popping up around their city, but few will realize what goes into donning the big red suit. While I had admittedly presumed most Santa volunteers wear whatever standard issue red coat and white fur-trimmed hat is supplied to them, I had never realized a school exists to teach them the art of playing old Saint Nick.

At the Professional Santa Claus School, students run the gamut in race, skin tone, size, and even gender (because Santa needs his Mrs. Claus!). There are no cookie-cutter ideals of what Santa should look like; all you need is a genuine desire to spread holiday cheer to be welcomed through the school’s doors. 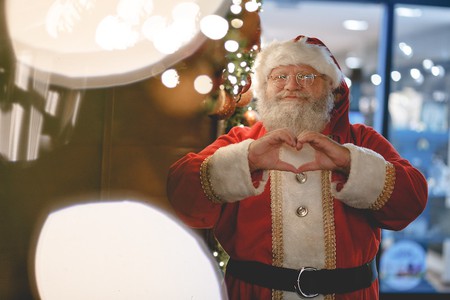 Mesco has been training Santas for over 29 years and, according to ABC News, books 1,300 Santas each Christmas in Denver alone, and 1,200 throughout the country. In short, playing Mr. Claus can prove just as jolly for one’s bank account as it does their spirit. ABC News reports that a Santa Claus impersonator can rake in anywhere from $20,000 to $60,000 during the four-week holiday season, while playing Santa at a party can earn someone $100 per hour.

“Can they make money? Absolutely,” Jennifer Andrews, who runs the Calgary-based Victor Nevada School, told ABC News. “But [students] have to spend time honing their craft. You can’t do it well by getting a beard, shoving on a red jacket and saying, ‘ho, ho, ho!'”

Aspiring Santas must invest in their holiday dream if they wish to play the part. A good Santa suit is estimated to cost around $800, boots are priced at $300, while the process of beard bleaching can set someone back an additional $700. In total, it can cost almost $2,000 to transform oneself into St. Nicholas—and that’s just to look like him, then there’s the matter of playing him.

This is where the Denver-based Professional Santa Claus school comes in, teaching prospective Santas everything from the proper way to refer to children (never as “kids”) to how to “ho, ho, ho” (always three times, never more). At the school, students learn how to apply Santa-approved make-up to add that twinkle to their cheeks, and how to handle the left-field requests of children. Should a kid ask for something less tangible—such as world peace or the reconciliation of their divorced parents—the Santas are trained in how to respond delicately and appropriately.