Could a Hyperloop Route be Coming to Your City? 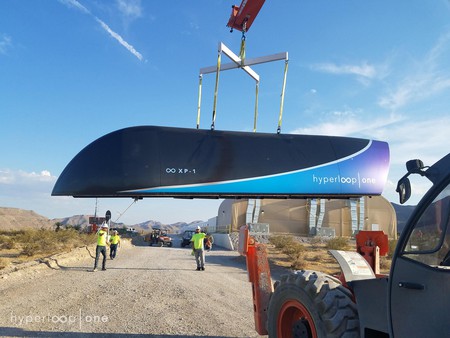 Hyperloop One, the company aiming to build a mode of transport involving being fired through a tube at hundreds of miles per hour, has announced the 10 winning entrants to a contest looking for the best place to build a Hyperloop track in their city.

The proposals came from all over the world, and five countries were represented in the final 10. Many of the entries came from teams backed by regulatory groups and major construction firms from the cities involved. Here’s the list of the 10 winning entrants, the journey they’d take, and the length of track proposed.

As a result of the challenge, Hyperloop One and the Colorado Department of Transportation, with support from construction firm AECOM, will start a feasibility study in Colorado.

“We are excited​ to partner with Hyperloop One in exploring the next step of feasibility of this innovative technology, potentially transforming how Colorado moves,” Shailen Bhatt, Executive Director of the Colorado Department of Transportation said in a press release. “The Hyperloop technology could directly align with our goals of improving mobility and safety in Colorado, and we have been encouraged by the continued progress the technology is taking.”

The Hyperloop technology involves taking almost all of the air out of a tube, and having the train run practically frictionless through it, achieving extremely high speeds with very little energy.

Hyperloop One has previously performed or started feasibility studies in Switzerland, Moscow, Los Angeles, the U.S., the Netherlands, Finland, and Sweden, where it was found that a 300-mile track would cost around $21 billion. The company did test the Hyperloop in Nevada this summer, with the hyperloop pod reaching almost 200 miles per hour.