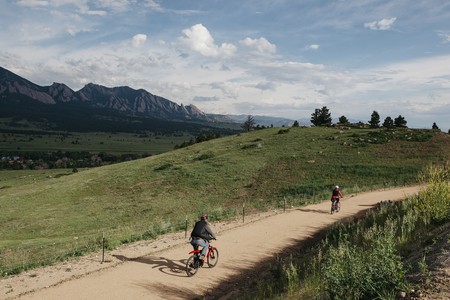 Troy Guard, owner of TAG Restaurant Group, picks his favorite outdoor attractions in his home state of Colorado. From watching summer concerts at the famed Red Rocks Amphitheatre to skiing the slopes in Vail, these activities take advantage of Colorado’s great weather and natural resources.

Colorado, known for the Rocky Mountains and its 300 days of annual sunshine, is a state where adventuring outdoors is a must. The natural landscape makes it the ideal location to hike, ski and snowboard, activities locals and tourists alike love. Denver chef Troy Guard was born in Hawaii and raised on the West Coast, and while he still misses the ocean, he’s come to appreciate the unique offerings of the state he’s called home for the past 20 years. He’s kept busy with the 13 restaurants in the TAG Restaurant Group he owns and operates, but when he has some downtime, these are the places he likes to explore with his wife and children. 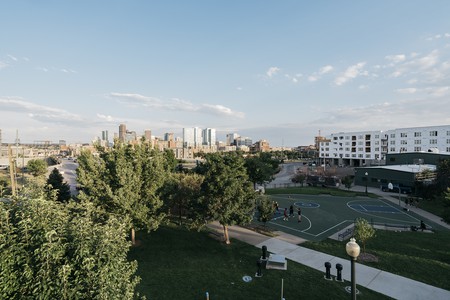 “I love Denver. I don’t ski as much as I used to with the kids, but getting up to Vail, getting up to Beaver Creek, Breckenridge, Copper are some of my favorite mountains to ski,” Guard says. 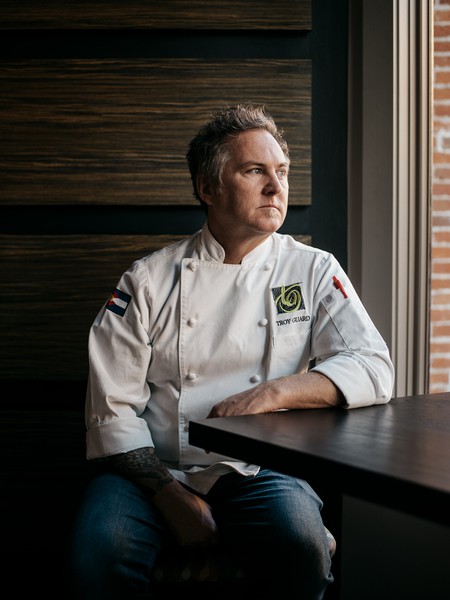 Vail is a world-renowned winter destination, as it is home to the Vail Ski Resort. Founded in 1962, it features 5,289 skiable acres (21.4 square kilometers) on one of the best ski mountains in the world (and the largest in Colorado). The Bavarian-style village doubles in population during peak season, but the mountain’s three sections, the Front-Side, Blue Sky Basin and the Back Bowls, feature 193 trails (18% beginner, 29% intermediate, 53% advanced/expert) so there’s plenty of room for everyone. 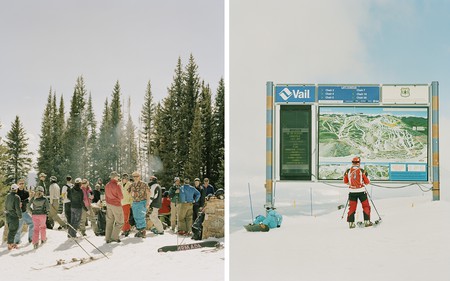 Once considered for the alpine downhill race, the centerpiece of the Winter Olympics (lack of state funding squashed the 1976 bid), Beaver Creek is an unincorporated community comprising the Beaver Creek Resort in Eagle County, Colorado. The resort opened in 1980 and today has 1,815 acres (7.35 square kilometers) of skiable terrain across 150 trails. The village is also home to a spa and features a skating rink in its center.

Another flagship destination owned by Vail Resorts, Breckenridge Ski Resort, located in Summit County, first opened in 1961. Today, it is one of the most-visited ski resorts in the western hemisphere. With five peaks on the southern part of the Tenmile mountain range, the skiable terrain takes up 2,908 acres (11.77 square kilometers). Peak 9 is a wide open trail for beginners, while Peak 10 is best left to the experts. In addition to having the highest lift-served terrain in North America, Breckenridge Ski Resort is also home to 11 restaurants, a historic main street with retail shops and a rejuvenation spa that hosts yoga classes.

About 75 miles (120 kilometers) outside of Denver, the mountain and ski resort Copper Mountain, operated by the Powdr Corporation, opened in 1972. In the last decade, Powdr has reduced its carbon footprint by nearly 50% and continues to stress the importance of environmental factors that make the mountain viable as a skiing destination. Copper Mountain, a resort that encompasses 2,465 acres (10 square kilometers), comprises three villages: East Village, The Village at Copper and West Village. Copper is the official training site for Colorado-based Special Olympics athletes and hosts the more than 225 athletes in the alpine skiing, cross-country skiing and other games that make up the annual competition. The trails are known for being designated by the National Forest Service as the most organized layout of any ski resort.

“Also, I like to go up to Boulder,” Guard says. “There’s a couple trails up there for great hikes. Also there’s a bike path right through the city right here. When my friends come into town, we rent those little bikes on the side streets and hop on those and go up and down the river. It’s a great sightseeing, fun activity to do, and [you] also see a lot of cool things. There’s a skate park down there, and one time my friend went in with his bike and it was crazy and fun. I love the outdoors here. Every weekend we take the kids out walking or biking or to the park, so it’s a lot of fun.” 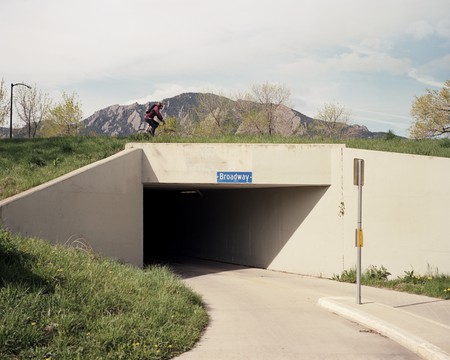 Boulder was named the number one city in the US for biking by People for Bikes, a charitable foundation invested in making bicycling more safe | © Benjamin Rasmussen

Named the number one city in the US for biking by People for Bikes, a charitable foundation invested in making bicycling more safe, Boulder is home to more than 300 miles (483 kilometers) of bikeway. That includes 96 miles (154.5 kilometers) of bike lanes, 84 miles (135 kilometers) of multi-use paths and 50 miles (80 kilometers) of designated bike routes. One such trail is The Sheep Draw Trail, a 10-foot-wide (3-meter) paved trail that runs more than four miles (6.4 kilometers) long that runs along the idyllic Sheep Draw Creek. The skate park at Scott Carpenter Park is open from dawn until dusk and features rails, curbs and bowls. Local skaters consulted on the design of this 16,000-square-foot (1,486-square-meter) skate-at-your-own-risk facility. 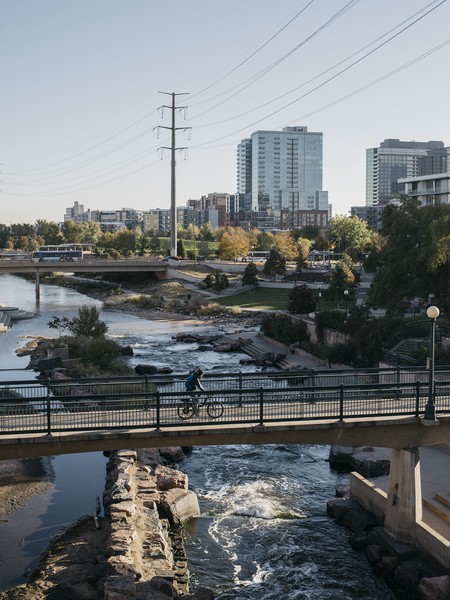 Boulder, Colorado, is home to more than 300 miles (483 kilometers) of bikeway | © Benjamin Rasmussen

“And then Red Rocks is a beautiful amphitheater to see concerts, and I love music,” says Guard, who once had aspirations to be a musician. “Near Red Rocks there’s a ton of trails. You just park your car, go for a hike. Make sure you have sunscreen because the sun’s intense here. That’s something to take into consideration that a lot of people don’t know.”

The Red Rocks Trail is of moderate difficulty and is a 6-mile (9.7-kilometer) round trip. “It’s dry; bring lots of water. And just understand that when you’re hiking you’re at altitude. Even walking up two or three steps I can get winded,” Guard says. Trails are located approximately 6,280 feet (1.9 kilometers) above sea level, so anyone with a pre-existing health condition should take this fact into consideration. The landscape is stunning and covers rock formations, valleys and a natural meadow. “The trails are gorgeous and beautiful. The people are super nice on the trails as well,” Guard says.

The chef mentions fourteeners as a popular choice among climbers. Conquering a fourteener requires climbing a 14,000-foot (4,267-meter) peak mountain, and the 14er site includes a list of more than 50 from which to choose. Mount Elbert, at 14,400 feet (4,389 meters), is the highest summit of the Rocky Mountains and highest point in the state. 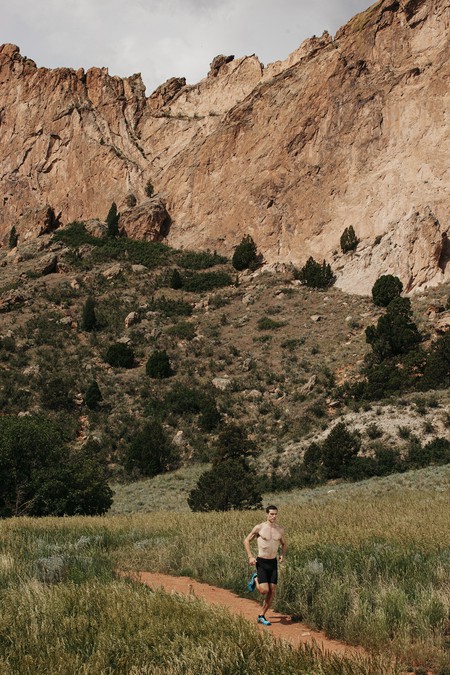 “I’ve actually been here 20 years and I haven’t done one, so darn it, I need to do one at least. [Hikers] go up there and put their sign that says, ‘Hey, here we are on mount whatever.’ It is kinda like they do on Mount Everest, but I think that’s pretty cool,” Guard says.

“It’s this great amphitheater carved out of these giant boulders and rocks, and so the acoustics there are just gorgeous and beautiful, and when the sun goes down, especially when the moon comes up, it’s spectacular,” Guard says of the legendary concert venue. Red Rocks, an open-air amphitheater opened in 1941, seats close to 10,000 fans who have cheered on acts from Carole King to Jethro Tull and U2 to Fleetwood Mac. If they’re a legendary act (Grateful Dead, Jimi Hendrix, Sonny & Cher), chances are they’ve played the stadium. 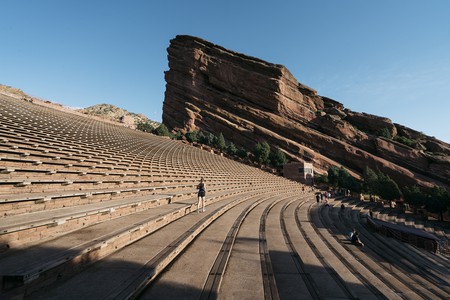 Garden of the Gods

“You can go down to Colorado Springs to see the Garden of the Gods. It’s amazing,” Guard says. The Garden of the Gods, a 1,300-acre (5.25-square-kilometer) sandstone formation, is a public park that was designated a National Natural Landmark in 1971. Activities include front-range climbing, Jeep and Segway tours, biking with electric bikes available to rent, and, of course, hiking on a 1.5-mile (2.4-kilometer) round-trip loop. The park is noted for its ecological and animal wonders, including fascinating rock formations and more than 130 species of birds. 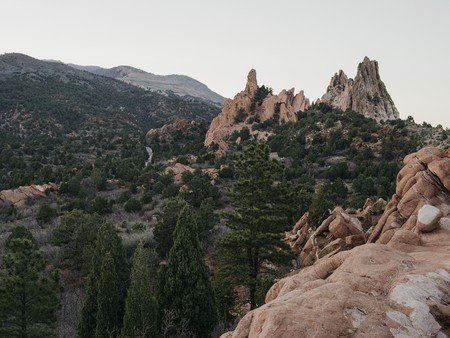 The Garden of the Gods is a 1,300-acre (5.25-square-kilometer) sandstone formation | © Benjamin Rasmussen
Give us feedback