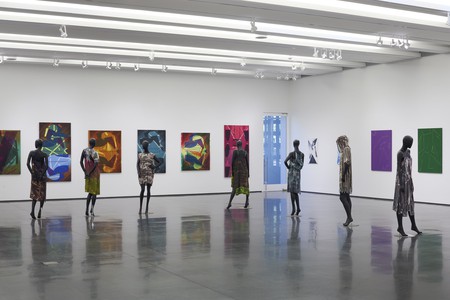 Cheryl Donegan’s GRLZ + VEILS explores the relationship between fashion and painting in the artist’s practice. Donegan talks to Culture Trip about the breadth of her work, and why playfulness is so vital in carrying out an artistic vision.

On July 2, New York-based artist Cheryl Donegan presented a fashion show at the Aspen Art Museum, where she is the 2017-18 Gabriela and Ramiro Garza Distinguished Artist in Residence. The collection will remain exhibited on mannequins at the museum through December 16, 2018. Underscoring GRLZ + VEILS is the idea that fashion is more than a series of trends—it is a way for artists to play with visual language and creative vision. 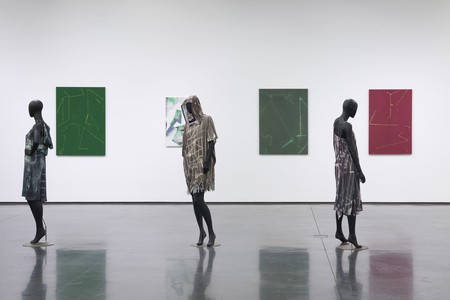 Born and raised in New England, Donegan moved to New York City in the mid-’80s after graduating from the Rhode Island School of Design.

“At that time, the Lower East Side was still on the cusp of gentrification,” she tells Culture Trip. “I lived in a series of industrial live-work spaces for artists. They were illegal [to live in], so I had to move every two years. Oh, the romantic past.”

In the ’90s, Donegan became distinguished by her video work at a time when DIY video art was still in its infancy. 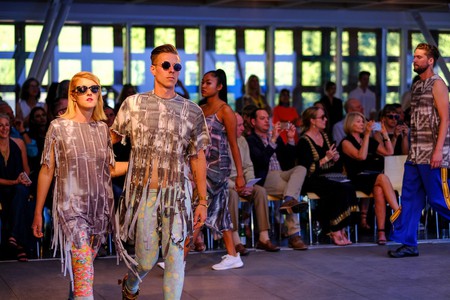 Donegan’s latest foray into fashion has a lot in common with the DIY aspect of her early practice. After her husband introduced her to the cut-and-sew custom printing company Print All Over Me, Donegan realized she could use clothing as her canvas.

“Printing has always been important in my work,” says the artist. “My early videos were very interested in the different impressions the body makes.” And when she painted, Donegan says, “stains and gestural marks” would often appear on her clothes. 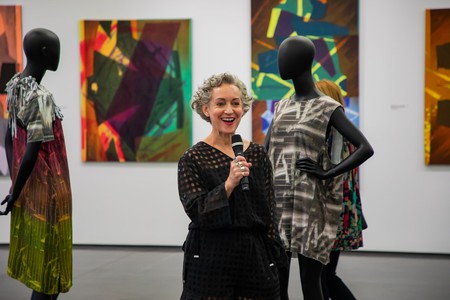 One point of inspiration for Donegan was the famous Martin Margiela tuxedo print T-shirt, which the designer released in his 1998 ready-to-wear collection. Margiela took a high-end classic and made it more wearable by playing with form. Such a design departure also brought into question ideas about social status through dressing, as well as the freedom to reimagine the human form through clothing.

To this end, Comme des Garçons also influenced Donegan’s preoccupation with fashion. “I’m really interested in fooling around with clothing,” she explains, in the same way that Rei Kawakubo does with her experimental and playful designs. (Kawakubo’s spring 2017 exhibition, Art of In Between, at the Metropolitan Museum of Art’s Costume Institute illustrates this concept beautifully.) 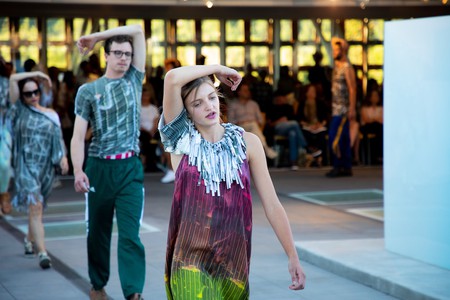 Like Kawakubo, Donegan is drawn to the ‘pleasure principle’ of clothing—its tactile sensuality and what she calls the “language of clothing”, which works to oppose binary thinking.

“It’s vital for artists to play right now,” Donegan says. “There are forces in our current culture that are making [limiting] borders and ignore the array of existence. Oppositional choices have gotten us in trouble.”

The GRLZ + VEILS designer argues that artists have the power to point out the vast complexity of the world, and that the best political art is playful. This makes clothing, which comes into immediate contact with the body, a direct way for artists to communicate their ideas to the public.