A Music Lover's Guide to Denver 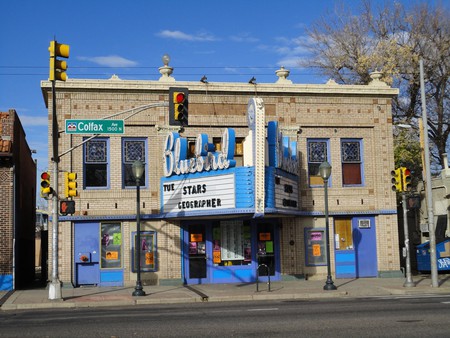 Denver is a thriving arts and culture center, and music is a big part of the Mile High City’s charm. From world-class arenas to a wide array of smaller venues, here’s a music lover’s guide to Denver…

Red Rocks Amphitheatre is probably what people think of when they think of Denver music. And for good reason. This naturally formed amphitheater has a long history of hosting some of music’s biggest acts. It’s a truly one-of-a-kind experience to catch a concert here under the stars.

The Ogden Theatre, also located in Denver’s Capitol Hill, hosts 150 concerts every year through AEG Live. The building is also a registered Denver landmark as well as a National Historic landmark.

Only one more week until we get to jam out with the @stringdusters for TWO (!) whole nights. Who’s ready?!

The Cervantes Masterpiece Ballroom provides a smaller venue in Denver with some of the best indie music. Enjoy shows in both the main ballroom and The Other Side. You can sometimes check out live music in both spaces at the same time.

A post shared by Cervantes Masterpiece Ballroom (@cervantesmasterpiece) on Oct 17, 2017 at 1:55pm PDT

Denver’s top jazz club is DazzleJazz. Dazzle sees some of the top jazz musicians around with shows on a nightly basis. Dazzle also has a full restaurant, offering a fusion of Mexican and Italian cooking.

Herman’s Hideaway has been around for 30 years and offers live music from every genre on a nightly basis. There’s upwards of 50 bands playing on any given week, including bigger names and plenty of local and indie groups.

Larimer Lounge is a classic dive bar that brings in indie acts, both local and national. Enjoy live music under the Christmas lights throughout the main room. And take a break on the patio for a chat in between sets.

Clean slate! Getting ready for Colorado Crush! Stop by this weekend and see what comes next. #coloradocrush

Restaurant, American, Fast Food, Soup, Street Food, $$$
Facebook
Email
Twitter
Pinterest
Copy link
Share
Map View
Ophelia’s Electric Soapbox is a restaurant, bar and live music venue unlike any other. Ophelia’s likes to call itself a “gastro-brothel.” The multi-level space is decorated like an old-fashioned peep show parlor, and visitors can expect to enjoy food and cocktails along with live music almost every night of the week.
Open In Google Maps
1215 20th Street, Five Points, Denver, Colorado, 80202, USA
+13039938023
Visit Website
Give us feedback
Give us feedback