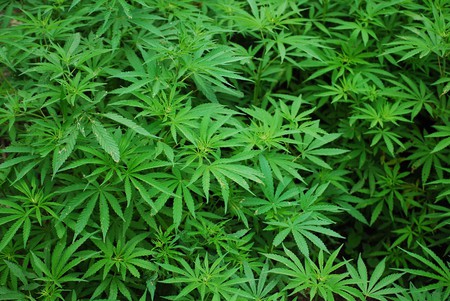 In November 2016, California voters passed Proposition 64, which allows residents who are 21 and older to buy, possess and use marijuana recreationally, opening up the door for a whole new breed of cannabis user. (Medical marijuana, meanwhile, had been legal in California since 1996.) Many may already be familiar with smoking, vaping or ingesting marijuana to relax or relieve pain, but as many users have come to know, cannabis and its associated products can sometimes be too much of a good thing. Eating a whole marijuana cookie or smoking a joint packed with a powerful strain can make one paranoid, overly hungry, or put one in a stupor known as “couch lock” – as in, you have no will or ability to get off your couch. According to numerous cannabis connoisseurs, however, microdosing may be the key to achieving gentle relaxation, relief, and creativity without any of those negative side effects. Microdosing, as the name implies, means consuming small amounts of marijuana for a gentle, consistent high versus blazing up at 4:20 and getting super stoned.

Only time and testing, which hopefully will increase as marijuana is legalized throughout the U.S., will paint a full picture of what benefits microdosing may have. However, Mashable reports some possible benefits include an overall better mood and decreased stress. Pamela Hadfield, co-founder of the online medical cannabis community HelloMD, has been documenting her adventures with microdosing. She says it effectively provides her relief from fibromyalgia and migraines, as well as improves her own mental well-being.

While microdosing could be done via smoking or vaping, many California companies are producing edibles specifically designed for the practice. These edibles should always have a specific amount of THC – the psychoactive chemical compound in cannabis – in each serving, making it easy for users to know exactly how much they’re consuming at a time. Oakland, California-based KIVA Confections, for instance, has two such products. They first released Terra Bites – chocolate-covered espresso beans and blueberries – which contain five milligrams of THC. 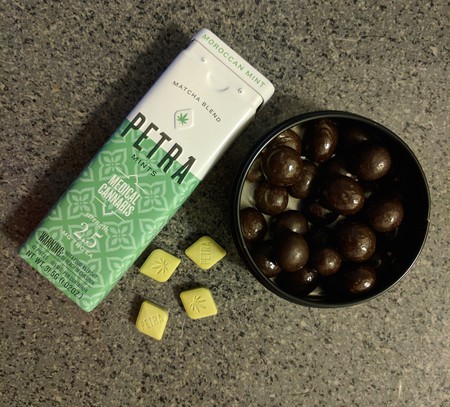 “When Terra blew up, we realized that there was a revolution happening in cannabis. Our patients were more interested in having a subtle, relaxing experience with our products than using it purely for its psychoactive effects,” Christie Strong, KIVA’s marketing communications manager, wrote in an email.

KIVA Confections later launched Petra, a line of flavored mints that contain 2.5 milligrams of THC each. According to a short guide that KIVA published online, microdosing can be done “as part of a daily routine” without interfering with focus or energy and can help with inflammation.

Additionally, To Whom It May sells an “easy dose it” box, which contains eight chocolates in one flavor but a variety of doses, and the “a perfect pair” box, which contains two flavors in two different doses each. You can choose between 2.5, 5, 15 or 45 milligrams per chocolate. Satori Chocolates sells bites similar to KIVA, consisting of chocolate-covered nuts, raisins, berries and coffee beans, each containing as low as one or as high as 10 milligrams of TCH each.

A microdosing neophyte is advised to begin by ingesting a small amount – around five milligrams, but no more than 10 – and then wait at least two hours before consuming anymore. As users continue to experiment with different doses, some may find that their ideal starting dose is higher or lower than where they started. High Times also advises never taking edibles on an empty stomach and not mixing edibles with alcohol until the user has “mastered both substances.”

Californians must be at least 21 years old to legally use marijuana and are not allowed to smoke, vape or ingest in public. Though recreational use is legal, Californians likely won’t be able to purchase marijuana at a shop until 2018, as regulations are still being put in place. Californians can, however, share marijuana with other adults, or purchase it from a dispensary with a valid medical marijuana card, which can be acquired at a local clinic.