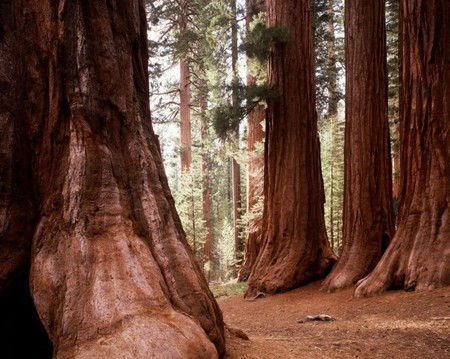 Home to some of the world’s oldest and largest trees, Yosemite National Park’s Mariposa Grove of Giant Sequoias has finally reopened to the public after a three-year restoration project.

The $40 million project—a joint effort between Yosemite National Park and the Yosemite Conservancy—included the addition of four miles (6.4 kilometers) of new trails and focused on making the area more tree-friendly to protect the giant sequoias for future generations. 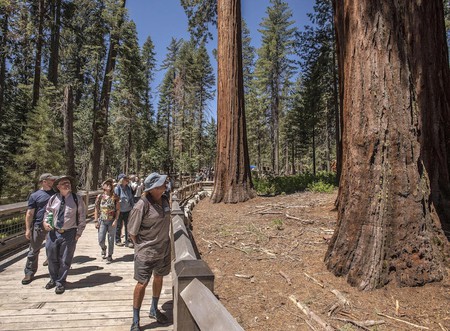 Given their magnitude, the giant trees have long been a favorite spot among visitors to Yosemite. But factors like the adjacent parking lot, use of diesel trams, and traffic from the gift shop were starting to impact the health of the trees, which have shallow roots that only extend about three feet (0.9 meters) deep.

To help combat the problem, the restoration project eliminated the parking lot and gift shop inside the grove. Asphalt walkways were replaced with paths made of natural materials, and wooden boardwalks pass over sensitive areas like the trees’ roots. Some trees are now sectioned off with pine fences, but there are still areas where visitors can get up close, including the opportunity to walk through the trunk of the California Tunnel Tree. 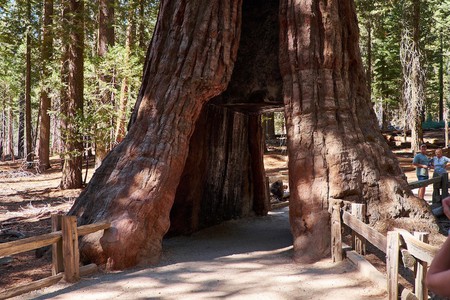 Visitors can still walk through the trunk of the California Tunnel Tree. | © Kārlis Dambrāns / Flickr

The grove contains over 500 mature giant sequoias, including Grizzly Giant, a tree that stands over 200 feet (60.9 meters) tall. At 1,800 years old, Grizzly Giant is one of the oldest trees in the world, yet by sequoia standards, it’s fairly young as the trees can live over 3,000 years.

The grove of trees inspired the first instance of the national government preserving land for public use when Abraham Lincoln signed the Yosemite Grant Act to protect the area in 1864. Mariposa Grove eventually became part of Yosemite National Park in 1906.

“These trees sowed the seeds of the national park idea in the 1800s, and because of this incredible project, it will remain one of the world’s most significant natural and cultural resources,” Yosemite National Park Superintendent Michael Reynolds said in a press release on the grove’s reopening.

Instead of parking in the grove, visitors now park in the Welcome Plaza near Yosemite’s South Entrance. The lot has about 300 parking spaces, so it’s recommended to get there by mid-morning to ensure a spot. From there, visitors take a free, two-mile (3.2-kilometer) shuttle bus ride to the grove. The hours of the shuttle change seasonally, so make sure to check out the official site for details before visiting.