5 Rules of Etiquette for Tourists in LA 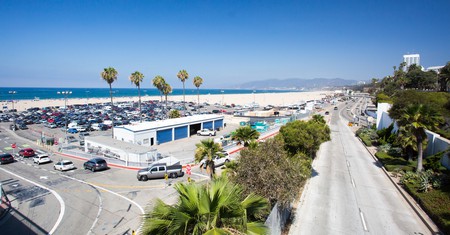 Los Angeles is a city full of eclectic intricacies and habits. For travelers, it’s important to know the rules of etiquette before making your way to the City of Angels.

Los Angeles boasts a growing population of more than four million people. Every year, tourists add to the crowd: in 2017, LA welcomed over 48 million visitors. While locals are well aware of the draw to their city – beloved thanks to an average of 284 days of sunshine, expansive beaches and destinations like Universal Studios and Hollywood – they also recognize the added stress it places on the city, its infrastructure and inhabitants.

So in the interest of making Angelenos exceptionally happy when you visit LA, here are five rules of etiquette to keep in mind that will make your trip easier.

Learn the rules of driving in Los Angeles

A trip to LA means understanding that the primary mode of transportation is by car. Driving in the city has a whole set of etiquette rules, including the following:

Know where you’re going before getting behind the wheel. Nothing is more frustrating than being behind a timid car on the I-10 that is hesitating at every exit. This isn’t only bothersome, it’s also dangerous. So, prior to buckling up, have Google Maps ready to go.

Be prepared for traffic. There is some truth to the stereotype that these West Coast city dwellers are constantly behind the wheel. Interstate 10 and Highway 101 are particularly crowded due to commuters driving from home to work and back again; these roadways are packed due to a concentration of workplaces and the more affordable parts of LA. Anytime you hop in the car, expect a long commute. Experienced drivers generally recommend avoiding rush hour and adding 20 minutes to your expected journey time – just to be safe. 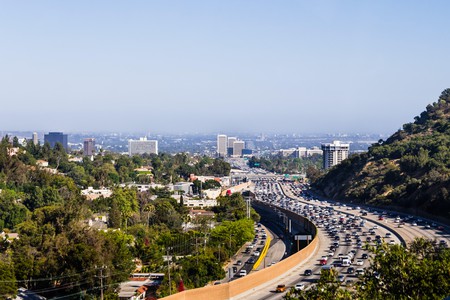 Tourists are often unaware of how challenging parking is in LA. Street parking is accompanied by strict regulations: street sweeping times, two- or four-hour limitations, fire hydrants and more. Be aware of your surroundings, read signage and choose a driver who is comfortable with parallel parking. Download the free app ParkMe, which locates the cheapest and closest parking in addition to notifying the driver of conditions and cost.

Be kind to service staff

According to the United States Census Bureau, 207,000 LA inhabitants are employed in retail, while another 175,000 are employed in food service and accommodation. Out-of-towners are likely to interact with several customer service professionals while they stay in LA, whether it’s the waiter serving brunch, an Uber driver taking you to Hollywood or the cashier at The Grove. Employees are overworked, underpaid and often have to deal with difficult customers. Even behind that friendly facade, they’re exhausted and stressed. Being polite goes a long way in LA – plus, you’re going to get better service simply by being a nice person. Make sure to leave a tip.

The movie industry is at the heart of LA, so it’s not surprising that many directors and actors call the city home. Golden-Age starlets like Marlene Dietrich and today’s much-loved musical artists such as Katy Perry have all owned property within Los Angeles County.

Just like anyone else, they want to take their dog for a walk or grab a cup of coffee at their favorite café. In LA, there’s a chance you might cross paths with Ryan Gosling or Anna Kendrick. The last thing they want is to be ambushed by fans asking for a signature or photo. While the stars might decline a selfie, just spying them from afar can still be a fun story to tell your friends back home. 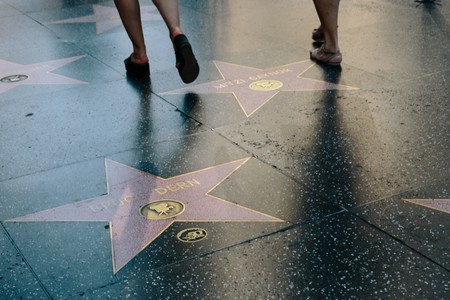 LA locals love going to the movies. Seeing a film on the big screen is an inherent part of the city’s culture – and it’s taken very seriously. Whether you’re catching an evening show at the Arc Light in Hollywood or want to go for an indie matinee at the Vista Theater in Los Feliz, there’s a certain way to behave that might differ from movie-going experiences elsewhere. Here are a couple of things to keep in mind:

This is one rule that LA’s movie aficionados always follow. It’s common to find a packed theater that is completely silent – and we mean deafeningly quiet – through the entirety of a film. Silence your phones and save your conversations until after the end credits roll. Your fellow movie-goers will thank you.

You never know who’s sitting next to you. It might be a producer, agent or screenwriter who spent countless hours working on the film you just watched. Even if it was bad, it’s better to discuss your qualms in private.

Angelenos are proud to be some of the most extremely eco-friendly city dwellers in the US. LA was one of the first American cities to install curbside recycling services in 1986. Additionally, they often adopt environmentally conscious habits ahead of the trends, like reusable straws, solar-powered ferris wheels (see: Santa Monica Pier), and driving electric cars. Even if you’re just here on vacation, respect the plentiful natural surroundings, from Griffith Park to the Pacific Ocean. 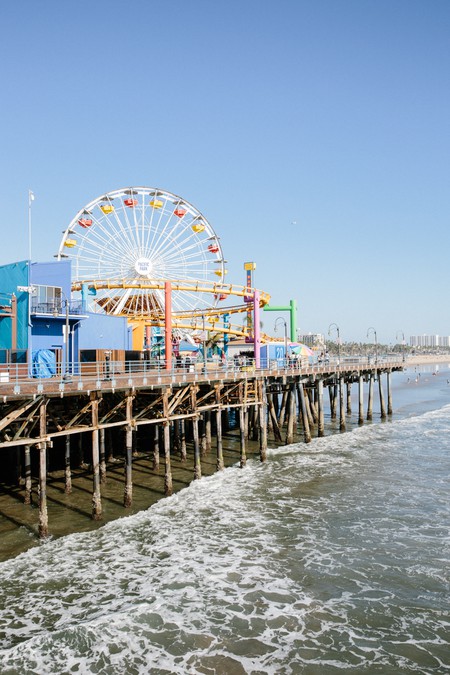 It can’t be emphasized enough that your trash is your responsibility. There are usually garbage cans readily available, but if there aren’t, simply take any waste with you. Nothing is more disappointing than finding a beach littered with cans and food wrappers. If that ugly sight isn’t enough to prevent it, the law explains it is actually illegal to litter within 50 feet of a public beach. Keep the beaches as pristine as possible so everyone can enjoy the scenery. 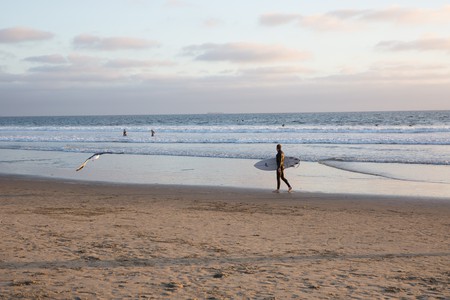 LA is the first (and only) city in the US to pass a law banning single-use plastic bags. Since 2016, shoppers are required to bring their own reusable totes or use biodegradable paper bags. Bags provided at the store generally come at a cost (often 10 cents per bag), which may seem insignificant, but can quickly grow to hurt over time. While the ban can help save money, it was initially implemented as a way to curb plastic usage, and it’s worked: The Los Angeles Times reports plastic bags contributed to only 3.4 percent of beach litter, down from 7.4 percent in 2010. If you plan on swinging by the grocery store or farmers’ markets in Los Angeles, a tote bag will absolutely come in handy.

In a state where wildfires are an increasingly frequent danger, preventing sparks is paramount. According to National Park Service data, nearly 85 percent of wildland fires in the US are caused by humans. Rather than tossing butts out the window, stop another blaze by using an ashtray.