The Lawrence Hall of Science is open to the public on the UC Berkeley campus, filled with hands-on educational exhibits designed to engage young people around the Bay Area. Get to know the hall, how it serves the community, and what to expect when you visit.

Established in 1968, the Lawrence Hall of Science has been working for decades with a mission to ‘inspire and foster science learning for all – especially for those with limited access to science.’ The organization strives to bring science, technology, engineering, and mathematics to an international community of youths, reaching 12 million people every year by providing educational programs, materials and digital tools. Throughout the 70s and 80s, the Hall ran The Friday Project, a program providing teenagers with free computer systems to help them with approved project proposals. Today, the Hall spends much of its time and resources developing year-round educational programs for kids, families, and more, also offering classes and camps on-site in subjects like biology, chemistry, astronomy, mathematics, robotics, and art. 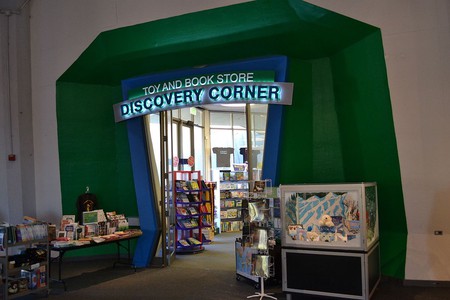 When visiting the Hall, there are a number of permanent exhibits to explore. First, the Science on a Sphere exhibit features an interactive globe displaying live scientific data from around the world, including weather patterns, ocean temperatures and currents, climate change, day and night views, and tsunami and hurricane patterns. There is also a seismograph, connected to the UC Berkeley Seismographic Station, showing earthquakes around the world. 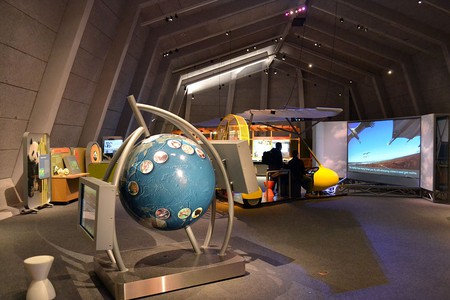 For a more local perspective, visit the outdoor science park, Forces That Shape the Bay, which covers the history of earthquakes in the Bay Area and how they still affect us today. Move on from there to get to know some of the various species in the world at the the Animal Discovery Room, where children come to learn about animals, as well as the Insect Zoo, featuring hermit crabs, Indian walking sticks, a tarantula, and hissing cockroaches. Plus, you can check out Pheena the Fin Whale, a life-size model of a whale. 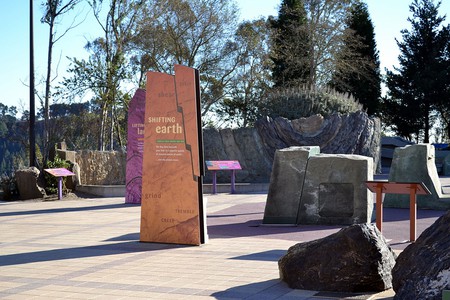 To explore more science and technology-based learning, check out Math Around the World, which features interactive math games that are played around the world, including options like Hex, Kalah, Game Sticks, and Shongo Networks. Alternatively, check out Nano, an exhibit that explores the entire field of nanotechnology, from the latest researchers, consumer products, computer games, and hands-on activities. Next, visit the various interactive labs on-site, including the Ingenuity Lab, which offers a monthly engineering challenge, and the KidsLab, available for children of kindergarten age and younger.

Next, get astronomical at the Holt Planetarium. The planetarium offers interactive programs that are intended to inspire audience participation, with 25 minute shows engaging visitors by asking them to find constellations, exoplanets, and more. For more astronomy, visit Sunstones, an astronomical sculpture made of granite that stretches 18 feet high, designed so that viewers can see the northern and southern settings of the sun at the solstices, in addition to other astronomical events. 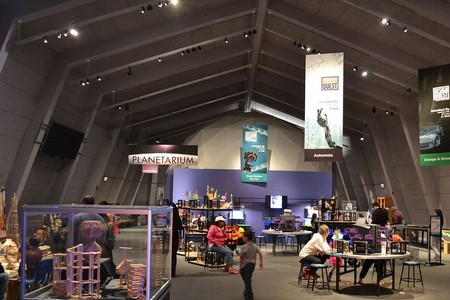 Finally, be sure to visit the Ernest O. Lawrence Memorial, dedicated to the Nobel Laureate from whom the Hall derives its name. Lawrence received the first Nobel Prize ever awarded to the University of California, or in fact any American public university. The exhibit includes a film about Lawrence’s life, a set of electrodes from one of the first cyclotrons, and a Nobel Prize display. Originally, the real medal was displayed on-site, but it went missing in 2007. A student was arrested for allegedly stealing the medal, which was ultimately recovered. Today, the display features a replica of the Nobel Prize in its display case.