Why Monterey is the Perfect Setting for HBO's 'Big Little Lies' 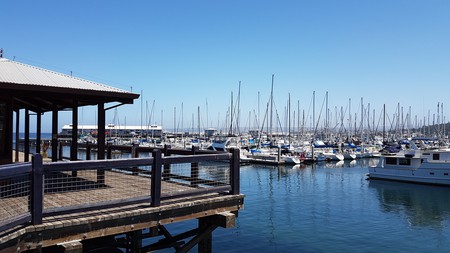 Culture Trip explores Monterey to find out why this stunning part of California is the perfect setting for HBO’s hugely successful TV series. 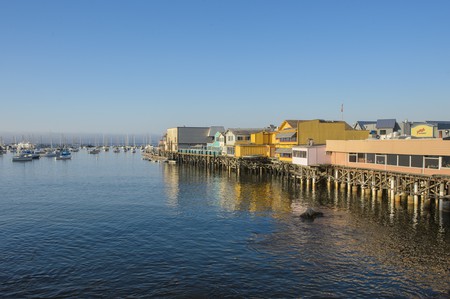 Liane Moriarty’s best-selling novel, Big Little Lies, is set entirely in the fictional Australian town of Pirriwee. The Emmy-winning show that the book inspired is out now on Blu-ray and DVD and moves the action to the very real city of Monterey, California.

Despite our initial reservations, the relocation proved to be one of the major successes of the series as Nicole Kidman, Reese Witherspoon and Shailene Woodley have found their home in this picturesque part of the West Coast of America. 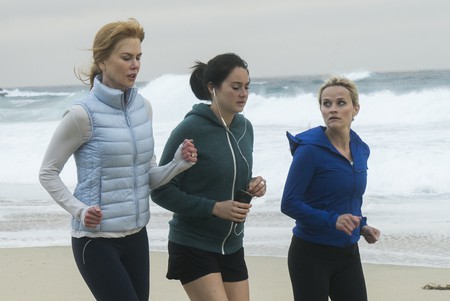 The series focusses on three women who become friends whilst facing various problems of their own. Jane (Shailene Woodley) is new in town, with her young son Ziggy about to start school. Through a chance encounter, Jane is befriended by Martha (Reese Witherspoon) who has children of her own, one of whom is also attending the same school as Ziggy. Celeste (Nicole Kidman) is the final part of the trio, a woman who outwardly has it, all with a young husband (Alexander Skarsgård) and twin boys, but hides a violent marriage from everyone around her.

The series not only tells the story of how the women deal with the troubles in their lives, but does so by weaving in various elements of Californian life. The opening titles heavily feature The Bixby Bridge, overlooking The Big Sur, a rugged coastal area that leads into the Pacific. 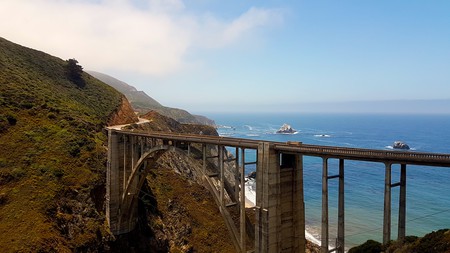 Although Monterey is in California, the weather is a microclimate all of its own. As one of the locals told us, you can go from cold and mist off the coast and in the hills, only to be baking in the sun five minutes later among the beaches and vineyards. The area boasts some of the best and most varied terrain you are likely to find anywhere in North America, but just be sure to pack for any weather.

We took the following pictures on the same morning less than a few miles apart, but the dramatic change in weather is obvious to see. 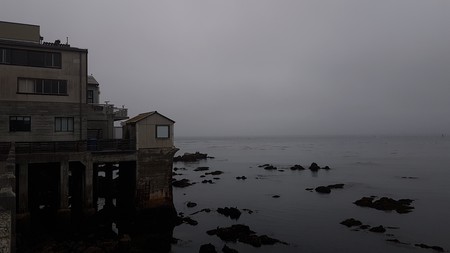 Overlooking the Pacific in Monterey at Cannery Row | © Culture Trip 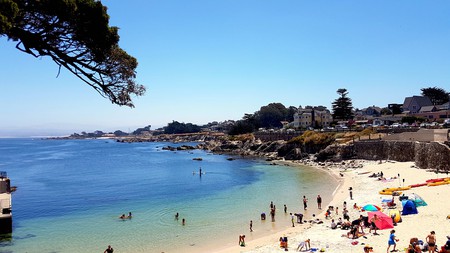 The luxury lifestyle of some of the characters, namely Celeste and Laura Dern’s Renata Klein hint at some of the more glamorous elements to life in Monterey. One of the areas close to the coast is Carmel, a town once governed by Mayor Clint Eastwood.

No tour of the area would be complete without seeing how the “other half” live, and a jaunt along 17-Mile Drive is essential on your visit. The scenic route takes in Pacific Grove and Pebble Beach, home to one of the greatest golf courses in the world.

We were lucky enough to spend some time at a humble little abode that overlooks the 18th hole of the course, which would only set you back a paltry $42 million. Bargain! 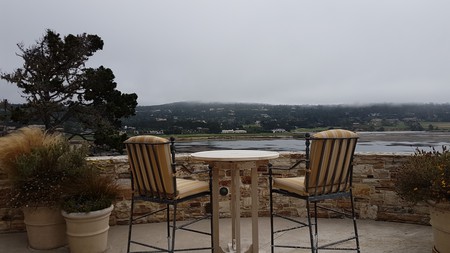 Home with a view | © Culture Trip

If that’s all a bit too much for you, then there are cheaper homes available. Another house we visited, still close to the 17-Mile Drive route but a little further away from Pebble Beach, costs $9 million and comes complete with the added bonus of sea views that regularly feature whales and dolphins. How regularly you ask? We were there for less than an hour and had our fill of water spouts and fins… that’s how regularly. 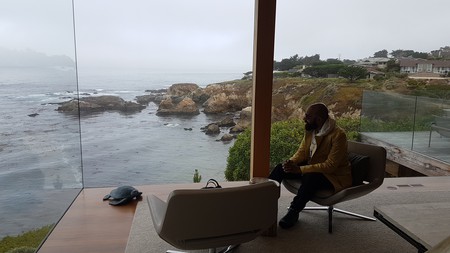 One of the many glamorous homes in Monterey | © Culture Trip

One of the most iconic elements of the series is The Blue Blues Cafe, a tranquil spot where Celeste, Jane and Martha put the world to rights over a bite to eat and some coffee/wine. It’s not really there in Monterey, sadly, as filming an interior shots meant some of it had to be built on a soundstage, but the inspiration behind the location can be found on Fisherman’s Wharf. 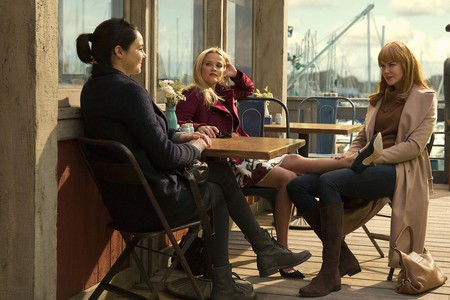 On our visit we made sure to stop by Paluca Trattoria to sample the cuisine and refreshments on offer and can confirm it all checks out. 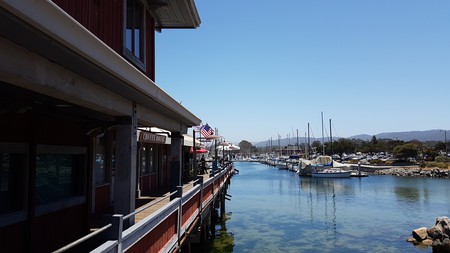 The most famous part of Monterey, at least the most recognisable to those who have yet to visit, is Cannery Row. The coastal areas are unspoilt, and even protected by heavy fines for anyone foolish enough to put the local wildlife at risk or harm.

There are kayaking excursions available, including one we took with Adventures by the Sea, but you can also just walk along the seafront if that seems like too much effort. Mind you, you might miss out on paddling with dolphins if you stay on the land… another thing mentioned but you imagine “it can’t really be that easy…?” 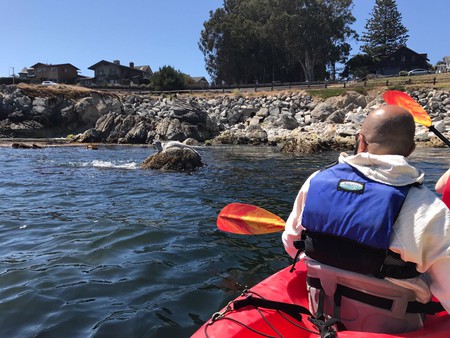 It is. We were in the water for less than 15 minutes and found ourselves confronted by playful dolphins, noisy seals and too many photo opportunities to cope with. Just don’t go too close… the fine is a whopping $30,000 for anyone caught “interfering” with the seals.

Anyway, back to Cannery Row and its own aquatic offering. The Aquarium is one of the most famous in the world, and was recently used as the basis for the locations used in Finding Dory (2016). It has also featured in a number of other films including Star Trek IV: The Voyage Home (1987). The Monterey Bay Aquarium also features in Big Little Lies, in a scene where Jane and her son Ziggy have a heart-to-heart. 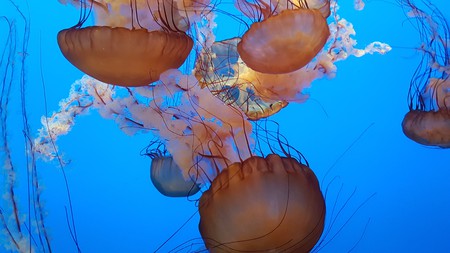 Finally, no trip to California is complete without sampling the delights of the many wineries and vineyards located close by. The characters in the show are constantly sipping away at a glass or two of their favourite tipple, and given the abundance of locally made wine it seems likely that they would be drinking produce from the region. For anyone looking to explore, here’s a handy map of some of the local spots to visit. 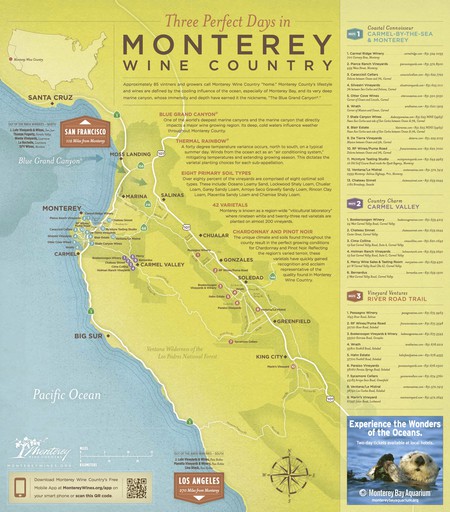 Download the FREE iTourMobile App in the Apple app store and Google play store. Once the app is installed search for the Big Little Lies tour in Monterey, CA.