Why Is the Grizzly Bear California’s State Animal? 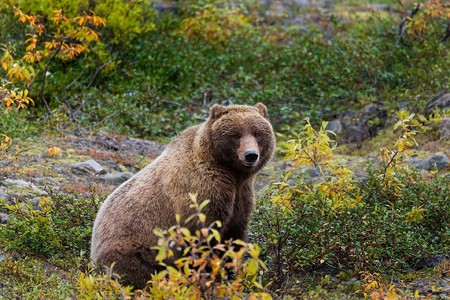 Anyone familiar with the California state flag could be forgiven for thinking that Californians really love their grizzly bears. The flag’s only significant design feature, other than a red stripe along the bottom, is a big brown grizzly, with the words “California Republic” emblazoned underneath.

Just where does the association between California and the grizzly come from? The grizzly was designated California’s state animal in 1953, as it turns out, in something of a lament and a memorial.

The California grizzly bear once roamed freely over much of the state, especially in the lower mountains and valleys. The California grizzly was powerful and fierce and had no trouble defending itself until settlers began moving to the area in droves during the Gold Rush in the mid-19th century. 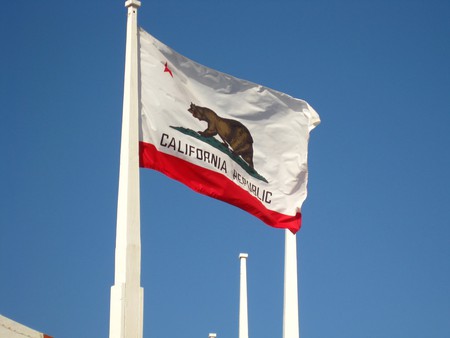 But the grizzly did not give up its territory without a fight. It became famous among settlers for killing their livestock, making messes of their campsites, and of their homesteads in general. Settlers did not take the threat from grizzlies to their property (and to their lives) lightly.

Grizzlies were generally quite large. The largest grizzly ever recorded in the state weighed 2,200 pounds; it was killed in Valley Center, California, in 1866. Its size made such an impression that Catherine Lovett Smith, whose ranch the bear had been found on when she was only six years old, remembered the incident in an oral history to the new owner of the ranch decades later in 1932, at the age of 72.

But the grizzly was no match for the guns that settlers brought with them. Some 75 years after gold was discovered in California, the last grizzlies were killed. The final grizzly was killed in Tulane County in August of 1922.

Twenty years later, the California State Legislature gave the California Fish and Game Commission the authority to regulate people’s ability to kill and capture wildlife. And 11 years after that, the grizzly’s fierce defense of its homeland of California was honored with making it the official mascot of the state and putting its likeness on the flag.