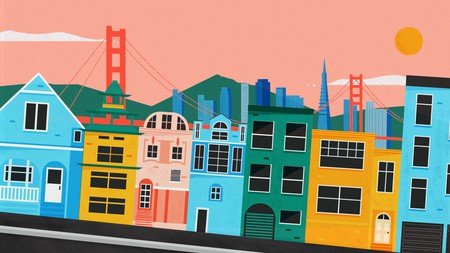 As costs for housing in San Francisco soar ever higher and many are forced to leave, the city’s diverse culture continues to erode. The crisis began when the local population first ballooned in the mid-1800s and has been compounded over the decades by each succeeding generation – but these groups are trying to solve the issue.

Searching for housing in San Francisco can get pretty dystopian. The bottom of the market, at the beginning of 2019, was about $1,000 per month for a bed with a shared bathroom. If that room isn’t in a hotel, there might even be access to a full kitchen. A small studio with a private toilet starts at around $2,000 per month and skyrockets from there.

Far lower costs in cities like Portland and Austin make San Francisco prices seem like a practical joke – but the punchline is a painful reality for many of the city’s residents.

The general consensus – echoed time and again by directors of the city’s dozens of organizations fighting for affordable housing – is that there just aren’t enough places for people to live.

“The fundamental problem with housing in the Bay Area, including San Francisco, is that there is simply not enough of it,” says Todd Davis, executive director of policy and political strategy at San Francisco Housing Action Coalition [SFHAC], a 400-member nonprofit that wants to use fees from expensive market-rate units to supplement middle and lower-income level housing.

“In economic terms, we have an imbalance of supply and demand. The immediate cause of the problem is straightforward: We are not building enough housing to accommodate the people who want to live here,” says Allison Arieff, editorial director at San Francisco Bay Area Planning and Urban Research Association [SPUR], an organization that wants to change zoning for more housing, change approaches to parking, and improve the permit-approval process in order to allow for more affordable housing.

“We think there’s a shortage of housing and that’s what’s driving up the prices. We want to create an abundance of housing to help drive down the prices. The solution is pretty obvious: we need more homes,” says Laura Foote, executive director at Yes In My Backyard [YIMBY], a group that also wants to see a change in zoning to create more residential spaces and change the difficult permit process. 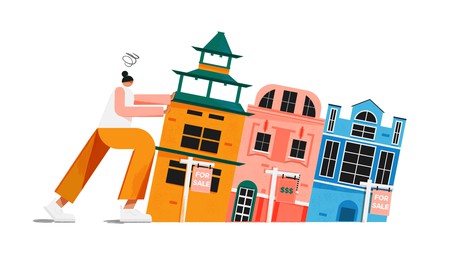 Even as the city’s population steadily creeps to new highs, strict regulations and enormous fees associated with construction and renovations have hindered the building of more affordable housing. San Fransisco mayor London Breed pledged to build 5,000 homes per year, but fewer than 2,500 were created in 2018, and the problem is set to worsen over the coming years as the tech industry will nearly triple the city’s current population to 2.1 million by 2040.

Nevertheless, the implications of the issue reach far deeper than simply pushing up costs or driving prospective residents away – they risk changing the very fabric of the city by destroying its diversity.

It’s an often-seen consequence of rising prices and lack of housing, and San Fransisco has seen it all before. Housing has been a contested issue since the city first started implementing zoning laws in the mid-19th century, when the affluent, white-led power structure actively restricted Chinese residents’ rights by, for example, defining where laundries could operate. Race remained a motivating factor in housing well into the 20th century, as gentrification increased and more people of color were pushed out – like Giants baseball legend Willie Mays, who was denied the purchase of a ritzy San Francisco home in 1957 solely because he was black.

“Unless we do something, we will lose our artists, our progressive politics, our immigrants. The gates will be closed.” says Arieff. 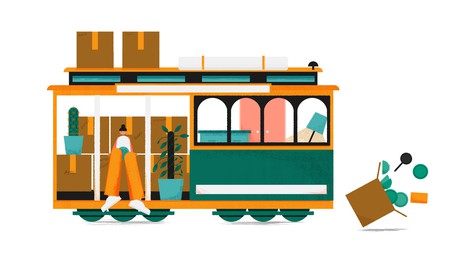 Rezoning and expansion projects in the interim have created a power struggle between the city’s largely pro-business, home-owning Planning Commission and grassroots organizers. The most recent proof of this struggle can be seen in the fight over Proposition C during last year’s election, which increased taxes on big businesses to help pay for more affordable housing.

However, Foote claims that many people don’t want to live next to affordable housing units – so YIMBY is suggesting a different solution. “We want upzoning, which means housing can be built in more locations,” she explains. “We also want to change the permitting process. It’s extremely difficult to get the permit. We believe that we need a lot of housing at all levels of affordability. If a person can live in it, we are for it, and want to see it built.”

It’s a big – and extremely pervasive – problem, but the city of San Francisco is not without solutions. Only time will tell if they can be implemented fast enough to preserve the City By The Bay’s legendary spirit.