What is the Devils Postpile National Monument in Mammoth Lakes? 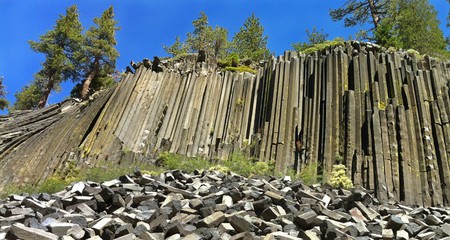 Fire and ice gave shape to this rare rock formation.

With its 60-foot tall basalt columns stacked neatly atop one another, the Devils Postpile National Monument in Mammoth Lakes looks like a giant sculpture. But the rare rock formation is actually the result of natural phenomena.

Somewhere between 80,000 and 100,000 years ago, a volcanic eruption sent lava flowing down the mountain and into the Reds Meadow Valley. As the lava cooled slowly, it cracked, forming the multi-faceted columns. Yet, they wouldn’t be visible today if it weren’t for glaciers, which later exposed and polished the columns. 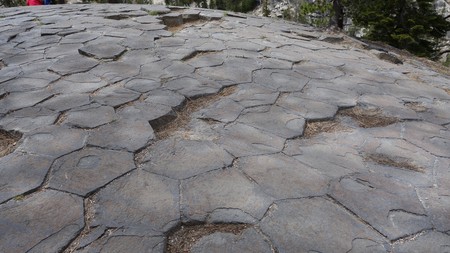 The smooth tops of the basalt columns | © tosh chiang / Flickr

The tops of the columns are smooth, allowing visitors to stand on top of them and closely examine their unique shapes. Devils Postpile is considered one of the world’s best examples of columnar basalt, although there are other formations located around the world, such as the Giant’s Causeway in Ireland and Devils Tower in Wyoming. 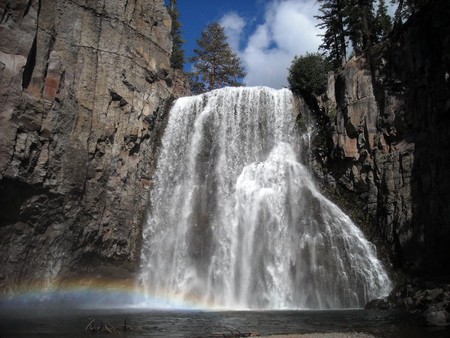 Rainbow Falls is nearby | © U.S. Department of the Interior / Flickr

Due to snowfall, Devils Postpile is only open from mid-June to mid-October. Those planning to visit should first check the monument’s official website as opening times can vary from year to year, with the park sometimes still staying closed in June.

During the summer, the road to the monument is closed to cars due to crowds. But there are shuttle buses that depart from the Mammoth Adventure Center and The Village to bring visitors to the monument. Both the John Muir and Pacific Crest trails also pass through the park.