What Is California-Style Pizza? 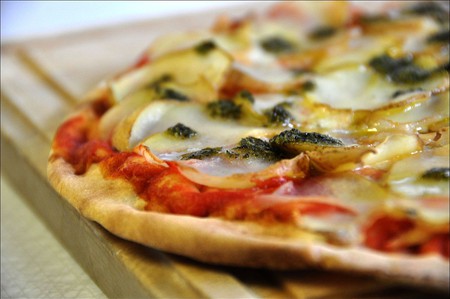 Ever heard of California-style pizza? While not everyone takes it seriously as a culinary style, this pizza has distinguished itself and become popular across the American west coast. Read on to get to know exactly what makes this style special, where it originated, and where you can get it.

California-style pizza is really just a combination of other pizza styles, spruced up with a local twist. This single-serving pizza comes with a thin crust, emulating that of New York-style pizza or traditional Italian crusts. The true California distinction comes from the toppings, featuring a variety of local produce, often including the healthiest and freshest ingredients available, and ones created with organic, sustainable, and ethical practices whenever possible. Some of the most common toppings include artichoke hearts, avocado, and goat cheese, and many California-style pizzas come in vegetarian or vegan options. 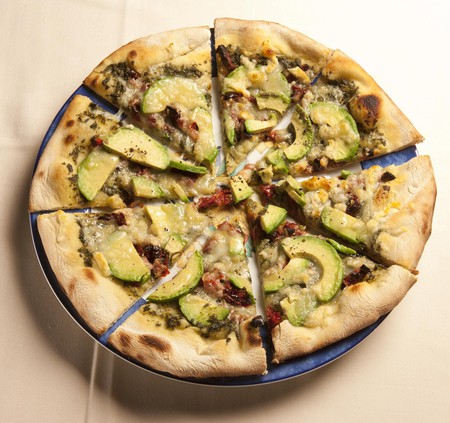 There are two main restaurateurs credited with the invention of California-style pizza around 1980 – Ed LaDou and Alice Waters. At that time, LaDou was a pizza chef at Prego Restaurant in the Cow Hollow district of San Francisco, where he was encouraged to experiment with pizza styles. Waters, on the other hand, was overseeing a team of pizza chefs at Chez Panisse in Berkeley, a restaurant that frequently combined Californian and Italian styles to popular effect. Both figures played a significant role in the popularization of California-style pizza. As Waters’s restaurant gained popularity in the Bay Area, LaDou happened to serve an experimental pizza to chef Wolfgang Puck, who would later hire him as at his Spago restaurant in Hollywood. LaDou would also go on to become influential in the development of the California Pizza Kitchen menu as the California-style pizza became popular throughout the 1980s. 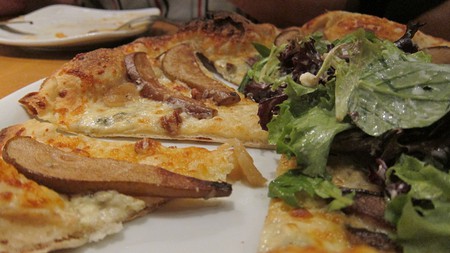 Where To Find It

Of course, some of those original restaurants are still incredible places to enjoy California-style pizza, so be sure to check out Spago, Chez Panisse, Wolfgang Puck, or California Pizza Kitchen if you can. If you’re in the LA area, some incredible alternatives include Gjelina and Caioti Pizza Café. If you’re in northern California, you can eat your way across San Francisco at Pizzeria Delfina, Tony’s Pizza Napoletana, Pizzetta 211, Gialina, Pauline’s, and Flour + Water.