WE ARE MORTALS On DTLA’s Emerging Fashion Scene 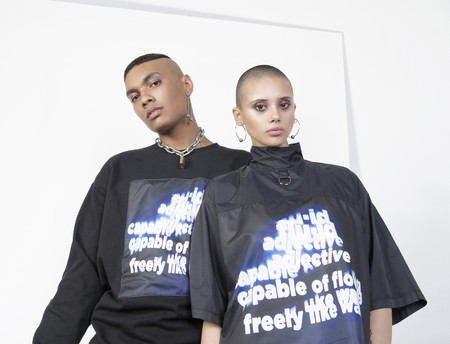 Models for the WE ARE MORTALS ‘Collection No. 2’ lookbook | © Jeannette Deron

As downtown Los Angeles undergoes major revitalization efforts, one of its premier indie designers shares her take on the future of LA fashion.

Factories with shattered window glass once lined the streets of downtown Los Angeles (DTLA), and the neighborhood’s warehouses and loft spaces attracted fashion designers and manufacturers like American Apparel, whose warehouse has since closed. The neighborhood that was once marked by the distraught peach-colored clothing factory is now home to emerging art and fashion brands, both local and global, like Rebecca Taylor, Reformation and Hautelook. 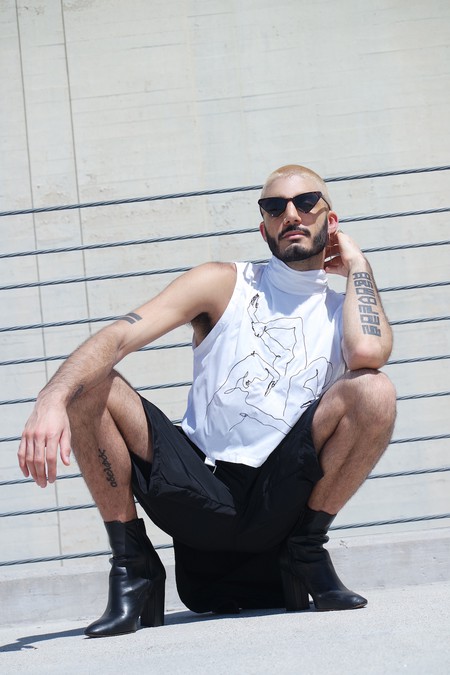 Rapper Eddie Gessford, aka GESS in WE ARE MORTALS | © Matinee Idol Photography

DTLA’s artsy neighborhood is one of the fastest-growing regions in LA County, due in part to a major revitalization project dubbed DTLA 2040 and the development of arts-celebrating retail hotspots like Row DTLA. While gentrification remains an ongoing concern in the district once defined by Skid Row, the work of local artists is being showcased in this newly minted former factory hub. Among those is WE ARE MORTALS, an independent, haute streetwear brand emerging in LA’s fashion scene, honed by designer-mastermind Anji Becker. 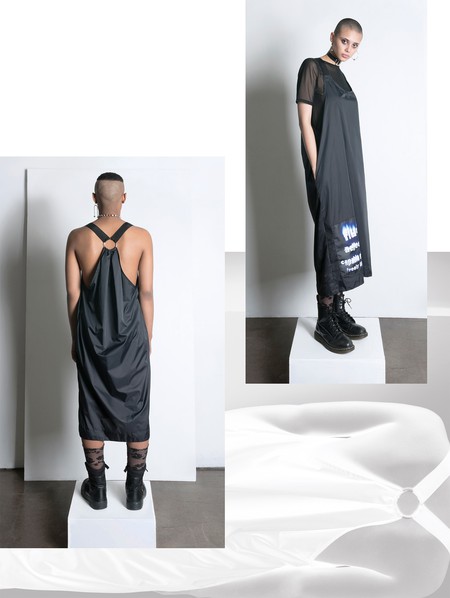 Gender fluid streetwear by WE ARE MORTALS | © Jeannette Deron

Offering clothes designed and manufactured in DTLA, WE ARE MORTALS prioritizes ethical anti-fast-fashion practices, taking advantage of the resources in both DTLA and the neighboring Arts District. “There are tons of sources for everything – fabric, sewing, printing and production,” says Becker, who can’t envision pulling off her label elsewhere. “There are so many [other] places with horrible working conditions and unethical practices; plus, it would be difficult for me not to physically oversee everything.”

Speaking to current zeitgeist in the fashion world and beyond, WE ARE MORTALS also defines itself as offering gender-free streetwear. “I came up with the gender-free concept and brand mission before ever starting to design any clothing, which I think is a good way to approach starting a brand so that you can really make sure your vision is solid from the beginning,” says Becker. 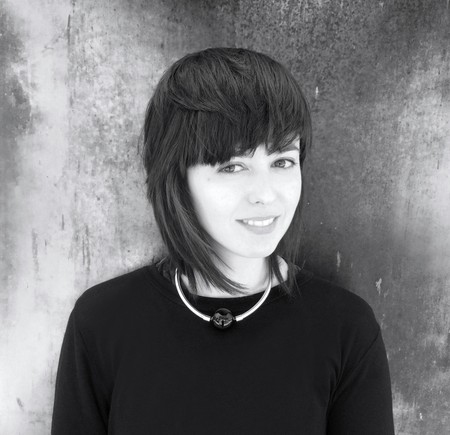 WE ARE MORTALS head designer and founder, Anji Becker | Courtesy of Anji Becker

Genderless fashion is on trend in the industry, thanks to designers from Calvin Klein to Martin Margiela putting forward unisex collections, androgynous looks and gender-collaborative shows back in early 2015. Since then, mainstream designers like Marc Jacobs and Alessandro Michele of Gucci have put men in womenswear and women in menswear, for all the world to see (and buy and wear). Conceptually, this appeals to a millennial consumer who is interested in speaking back to gender norms. “Genderless apparel has become really huge over the past couple of years,” says Becker. “It doesn’t really make much sense for clothes to be gendered in the first place.”

Queer, gender-fluid or androgynous models like Infinite Coles, MelaMurder and Zah represent the brand and its mission. “The people who wear the clothes are really the ones who give the pieces meaning,” says Becker. 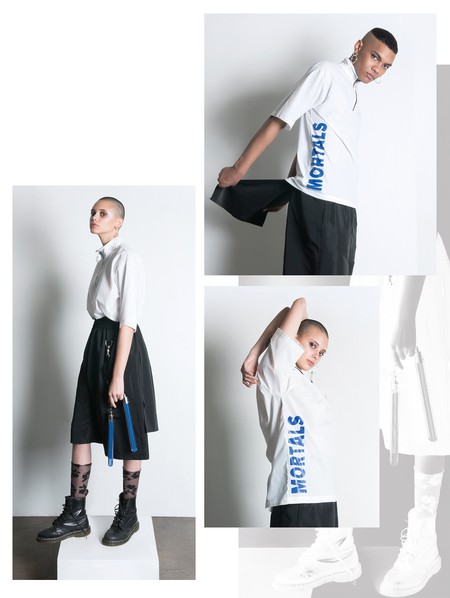 WE ARE MORTALS model looks from Collection two | © Jeannette Deron

Collaborations with local artists and musicians give WE ARE MORTALS a contemporary, edgy vibe and tie the label to the emerging art and fashion scene of a new DTLA. Becker experiments with “unexpected embellishments” like liquid metal, nylon ripstop, chunky zippers, straps and lots of hardware. And although LA fashion is known for being laid-back, Becker says, “As far as fashion designers, it seems like everything is under the radar here. Aesthetically, I feel LA probably has a more playful, quirky vibe than New York or Paris.” LA labels on Becker’s radar include No Sesso and Brashy Studios. She loves to thrift the vintage shops throughout the city and H. Lorenzo on North Robertson. “Touching the fabric and seeing the construction is a lot more motivating and inspiring for me than just seeing photos of runway shows.” 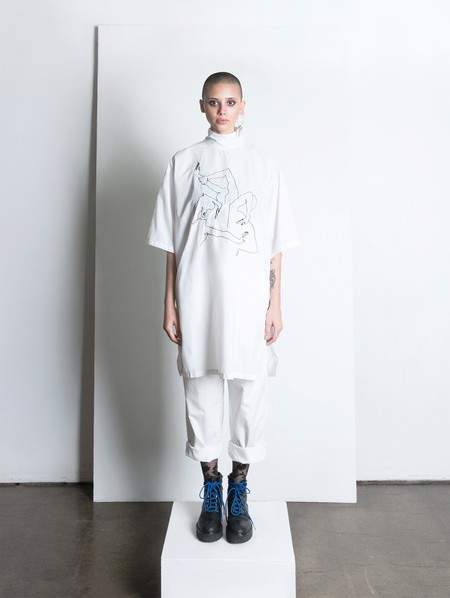 As DTLA revitalizations continue, expect more labels like WE ARE MORTALS to invigorate LA fashion. “There’s definitely a scene brewing here,” says Becker. “It’s a lot more spread-out than it is in the big fashion cities of the world. But I’m optimistic about LA’s future.”