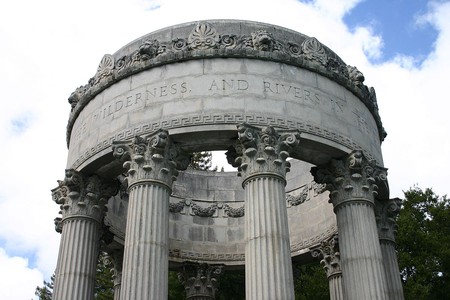 Little known to most Bay Area residents, the South Bay is home to the glorious oasis memorial known as Pulgas Water Temple. Located at the edge of Redwood City and Woodside, CA, Pulgas commemorates the historic completion of the Hetch Hetchy Aqueduct, revolutionizing the water industry in San Francisco and the rest of the Bay.

Before the completion of the Hetch Hetchy Aqueduct, the main source of San Francisco’s water came from Lake Merced. The rights to the lake’s water were owned by Spring Valley Water Company, which created a monopoly on the city’s water supply that lasted for decades. Finally, in early 1900s the O’Shaughnessy Dam was constructed, establishing the Hetch Hetchy Reservoir in the Sierra Nevada mountains, which provided an alternate source of water and allowed the city to gain some control over water distribution. 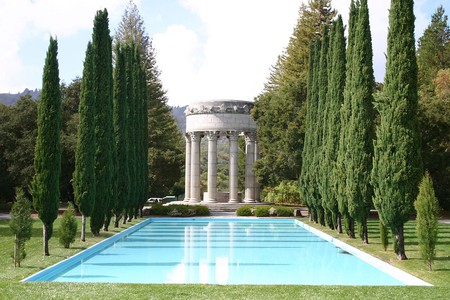 The temple was originally constructed in 1934, the year of Hetch Hetchy’s completion, by the San Francisco Water Department. The temple was erected at the end of pipes three and four of the aqueduct, commemorating the accomplishment in a small, grassy park. The temple’s inauguration took place on October 28th, 1934, as locals gathered in the park to celebrate the new and generous supply of affordable and high quality drinking water, ending Spring Valley’s monopoly once and for all. 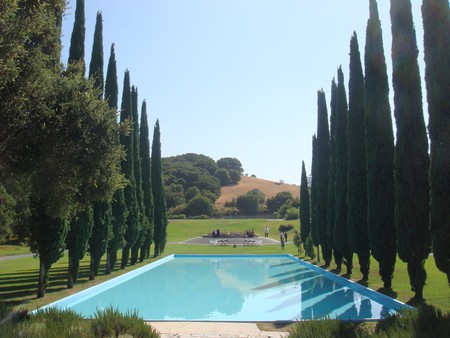 Throughout the following years, the temple was redesigned in the Beaux Arts style by architect William Merchant, and in 1938 it was reconstructed with the current design thanks to the carvings of artist Albert Bernasconi. The architectural design of the temple – as well as the engineering of the aqueduct – features Greek and Roman influences, including fluted columns and Corinthian capitals. These stone columns are arranged in a circle, topped by a large stone masonry ring. The ring is engraved with the inscription, ‘I give waters in the wilderness and rivers in the desert, to give drink to my people,’ a quote from the book of Isaiah. East of the structure there sits a large reflecting pool, lined with trees. 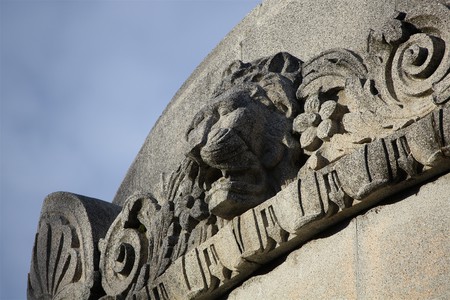 While water once flowed all the way through to the temple from Hetch Hetchy Reservoir, today it is redirected to a nearby treatment plant. Still, the park, the statue, and the pool make the Pulgas Water Temple the perfect spot to retreat from today’s hustle and bustle of the city to find some peace and quiet. The grounds can even be rented out for weddings and special events.