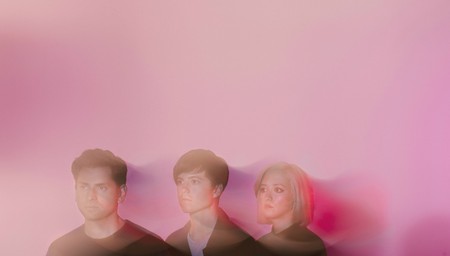 The Bowery Ballroom was nearing saturation when indie trio Lo Moon took the stage in late February. And yet, despite the bodies, there was an unmistakable stillness to the crowd.

There are a number of reasons why an audience would remain so rooted at a live gig. The artist could be a bad fit for the bill, the music played could be terrible in composition or style, or maybe even it’s the crowd that, for lack of a better word, sucks. But in most cases, it’s because the artist is still relatively unknown.

With only one song available to public ears, it’s safe to say the latter of reasons was true, but more than Lo Moon’s current provincial state the audience’s inertia was a result of bona-fide enrapture. On the strength of one single, “Loveless,” Lo Moon has stirred significant chatter among pundits and blogheads alike. For every song performed that wasn’t “Loveless,” the crowd settled deeper into the thrill of the steady reveal of this enigmatic entity, like a troop of big cats on the hunt. And when “Loveless” finally arrived, smartly chosen as the set’s closer, the whole room uncoiled, swaying like palm tree leaves in a cool ocean breeze.

And yet, the moment passed quickly, and every noted soaked in was destined to fade in clarity after a night’s rest; Lo Moon is still very much a mystery. What we know: Based in Los Angeles, Lo Moon is comprised of Matt Lowell, Crisanta Baker, and Sam Stewart, as well as touring drummer Sterling Laws. They are signed to Columbia Records and recorded their debut album with Chris Walla, formerly of the band Death Cab for Cutie. They released their first track, “Loveless,” in September 2016. That’s it.

Hoping to get a glimpse beyond the veil, we sat down with Lowell and Baker during their Manhattan stop on their tour opening for MUNA to discuss the weird techniques they used during the recording process, the meaning behind the lyrics to “Loveless,” and what fans can expect from the rest of the band’s record.

Matt Lowell: You know, the funny thing is we didn’t mean for it to be shrouded in mystery, it was just meant to be about the music.

CT: What brought you three together?

Lowell: I moved to L.A. about three-and-a-half years ago kind of chasing the dream—from New York. I had a bunch of songs that were done or semi-done demos. I got there and shortly after met Crisanta through a friend, and we just hung out and I said, “Do you want to be int his band I’m putting together?” I showed her “Loveless” and a few other songs and she was really into it.

I had been hearing about Sam and his guitar playing through town and just kind of hit him up. It was very organic, very natural. I wanted it to feel like a band, you know, and that we came together because of one thing: the music.

Lowell: For us, it was a bit more about the personalities, and so I was convinced that it would work if we all got along really well. Half of the battle is just getting along. Being able to bring out each musician’s spirit, that’s the most important thing.

CT: You’ve mentioned previously how a song like “Loveless” has been something you worked on for around four-and-a-half years. How does a song that’s been kicking around for so long stay relevant to you as an artist?

Lowell: You keep cracking at it. You know, there were times where the bridge felt a little weird, and times where it felt too long. Then you show it to more people as it opens up, and a producer says, “I f****** love this, but what if that, and what if this.” And, at first, you’re like no, I’ve been working on this for so long, but then you’re intrigued, so you try that. Let’s try a different arrangement. Let’s fix the bridge so that it feels like it has Crisanta’s piano part in it, and it has the guitar parts, and it has the harmonies. And that record process is like that every time for me. It’s kind of intense.

CT: It’s been nearly half of a year since you released “Loveless,” and weirdly enough, it is an almost experimental rollout method for a band. Of course you’ve mentioned it’s all about the music, but you also have all this other music, so why push out one track and then sit for such a long time?

CT: You piss people off by doing that and then it makes them love you even more.

Lowell: Sometimes! There are some people getting pissed off, but it’s fine.

CT: Chris Walla has described you guys as having a clear vision right from the start, and I think to a lot of people that can mean knowing your sound. This can be confusing in a way that artists often change their sound throughout their career. What would you guys define as “having a clear vision,” and what does that entail in terms of Lo Moon?

CT: I can’t remember who the artist was, but they said how when they went into the studio they didn’t record any music, just looked at photographs to determine the emotional direction of the album. And once they did that, the writing process was a lot easier.

Lowell: We did a lot of that with our producers. They were really insular about stuff like that.

Lowell: I went through line by line of the lyrics before we even put a pick on the guitar. That made a huge difference because I really knew what the story was and why I was saying something and why the band had to sound a certain way. In the beginning, you’re like what the f*** are we doing? But it all adds up in the end. 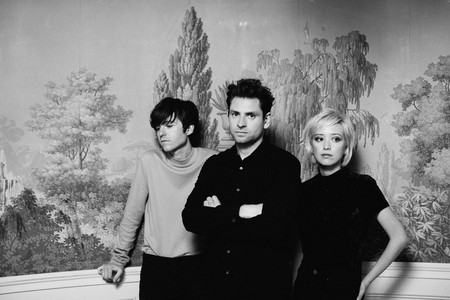 CT: In signing with Columbia, you’ve mentioned that being on the label gave you a significant amount of time to experiment and to develop your sound. This is contrary to what I think a lot of people would say, the belief being that labels tend to stifle creativity. What made your experience so different?

Lowell: We were pretty clear about what we were. They knew what they were getting themselves into. And the only reason we signed was because we felt like they got it. They trusted us to give them something, and they knew we were taking our time because we wanted to make it great, so that they could do their job in the best way possible. We weren’t making a weird record for the sake of a weird record. We were chasing what we really wanted the band to be and they stuck with that. And it continues to be a really good relationship.

But, yeah labels have a really bad rap, and, in some cases, I’m sure that’s really fair.

CT: A big part of it seems to be finding that right person at a label, or that person finding the right artist.

Lowell: When you get into the right relationship with that person, everyone else rallies around that person and why they’re working with you as an artist. The square peg, round hole thing happens at labels all the time. With us, they kind of really just got it, and it continues to blow our minds.

CT: I want to look at “Loveless” and dig into a few lines in that track. First, there’s “What I was isn’t what I want now.”

Lowell: People love that line, and it’s just a reflection line. I think it’s because it’s a little bit emo. When I wrote that line, it was, you can always look into your rearview mirror, but you’ve got to move forward. My past isn’t who I am now.

CT: How about “No relief in silhouettes”?

CT: In effect, Matt, you are the main songwriter, but it certainly seems like you all have established a collaborative environment. How does the songwriting process work out between the three of you?

Lowell: It’s a weird one really because it’s not like we get into a garage and f****** jam for a couple hours. I think we do that when we are stuck on a moment of a song, but a lot of times I will come with a song, and it’s like I don’t know, there’s no guitar parts here, just some chords and some melodies. Then Sam will write something and Crisanta will write a bass line. And sometimes that stuff is done alone. It’s kind of all over the map, but I don’t want to keep systems of how we make albums.

CT: What were some of the weirder techniques and items used during the recording of the album?

Baker: Sam was on the concrete floor with metal brushes. [We used] change (money).

Lowell: Watching Chris doing tape loops, because he likes to write tape loop parts. I don’t know how he does it.

CT: What — and when — can we expect to hear on the full album? Will it keep in line with the lush, melancholic sound of “Loveless” or throw out some curveballs?

Lowell: When, I don’t know. Maybe in the fall, I hope. Coming to the shows has been really interesting. People have been coming up to us after and saying, “I thought you were going to be that, but you weren’t that at all.” That’s cool. We’re really into that. It’s a story, the record, and it reads like that and feels like that, I hope. I think “Loveless” was the template, but I think people are going to be bit shocked by some songs.