Vividly imaginative campus lore, or chilling facts? The Culture Trip strives to understand the myths and history surrounding the genealogy of the University of San Francisco.

It was almost noon. I was sitting in Psychology class, waiting for my professor to begin teaching. To pass the time, I absentmindedly scrolled through my Instagram feed, as the other students filtered in.

Per usual, nothing caught my eye. Photos of old acquaintances, funny memes, unwanted advertisements, and everyone’s breakfast made up for most of the feed. There was an occasional tap-tap here, maybe a chuckle there.

I paused my mindless scrolling on a photo. @USFCA said: ‘Does anyone know the story of the haunted room in Hayes-Healy Hall?…’

‘We need to investigate,’ said my inner ghost-buster.

‘You need to go to bed,’ said my inner sleep-deprived college student. 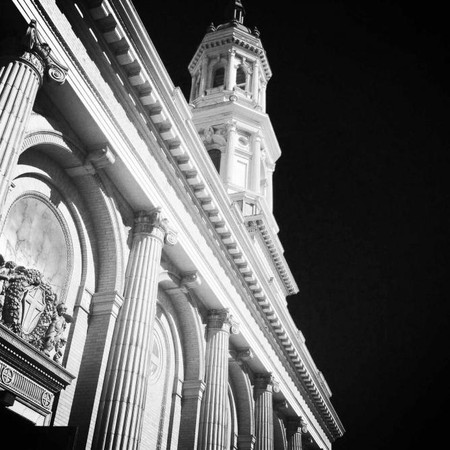 The ghost-buster won. I decided to do some research.

Compromising with my rational (superstitious) side, the inner ghost-buster decided to ditch the Ouija boards and go straight to the internet, as any smart detective would do. I’d often heard students tell their stories about ‘the ghost of Lone Mountain’ – a young nun who, after being burned by a forbidden affair, supposedly committed suicide on the present-day campus grounds, many years ago.

But, I figured, as word of mouth is often misconstrued, I would definitely need more concrete answers.

Surprisingly, the University of San Francisco has a strange past, in relation to the afterlife. 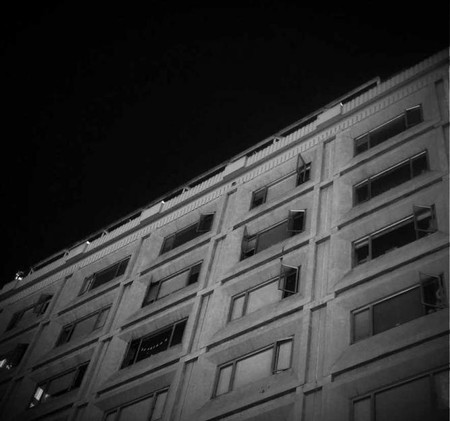 Saint Ignatius Catholic Church originally overlooked Masonic Cemetery, one of four large cemeteries that existed in San Francisco prior to the expansion of the city in the nineteenth century. The cemetery itself slowly fell into grave condition, with crumbling tombstones, unwanted solicitors, and pervasive foliage overwhelming the final resting places of buried patrons. The Jesuits and founders of the university purchased the land and shortly thereafter established the St. Ignatius Academy, the first official university building. But with the dilapidated cemetery becoming an actual health hazard to nearby (living) inhabitants, the founders needed to quickly create plans for the property that complied with city ordinances.

From the late nineteenth century through early twentieth century, it was finally mandated that the graves be relocated to a better place. The bodies that once occupied Masonic Cemetery now lie in Colma, California (also known as ‘The City of Souls’). Roughly forty years later, excavation and construction for the present-day university campus began.

During the construction of the campus, forgers unearthed a body near Gillson Hall’s present-day location. The remains were unintentionally left behind in the course of relocating the cemetery’s inhabitants to Colma. The workers, reasonably disturbed and upset at their finding, ‘threw down their shovels…walked straight up to the foreman and said, “we’ll work for you anywhere and anytime but we don’t do cemeteries.”‘ (USF’s Ghostly Past, 2007)

Indeed, it is quite chilling to think that students and faculty may walk above the resting places of bodies left behind. In fact, in 2011, 25 more caskets were unearthed during forging for the Lo Schiavo complex. But an even more chilling phenomenon lies in the alleged ghost-sightings at various locations on campus. 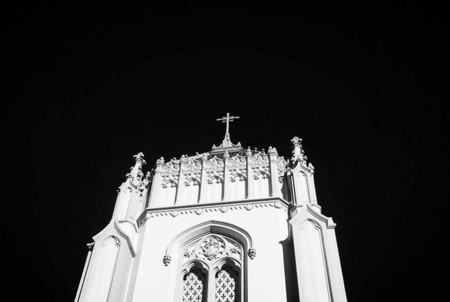 The Ghost of Lone Mountain is perhaps the most prevalent bit of campus lore. As mentioned before, the ‘ghost’ is presumably the spirit of a young nun who lived and died on the Lone Mountain campus, long ago. It is said that she roams the campus grounds at night, her footsteps pacing the halls as if in search of something. Some say that she appears physically to those who stare into the reflection of the big mirror (located on the second floor of the main building) at certain hours of the night. Still others have said that the mirror conceals a flight of steps, leading up to the bell tower from which the nun was thought to have jumped.

I closed my laptop.

‘Granted, elements of this ghost story suspiciously resemble that of “Agnes of God,”‘ I thought. ‘And while the mirror thing sounds cool…it’s just…huh.’

Perhaps we’ll never understand the chosen location for the University, or the validity of these campus ghost stories and the events that sparked them. One thing, however, is for certain: these stories are still very interesting to hear, and they encompass the rich, factual history of the university itself.
By Seleba Ouattara