A Tour Of Los Angeles Through 10 Songs 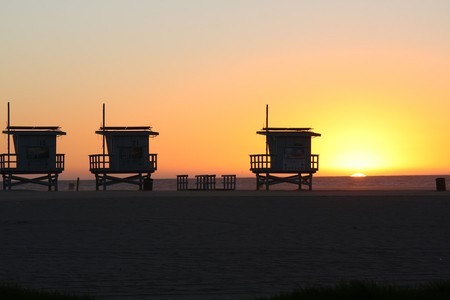 Los Angeles has been long been an inspiration to musicians local and far. For those who haven’t been to the City of Angels, the iconic locations referenced may hold little meaning, but both the hidden gems and tourist traps alike possess undeniable allure. From the long drives down Mulholland to the glamor of Hollywood and Vine, this is a breakdown of some of the lyrical references to the best locations the city has to offer.

"Wake Up" by Hillary Duff

Music Venue
Facebook
Email
Twitter
Pinterest
Copy link
Share
Map View
“Wake up, wake up on a Saturday night/ Could be New York/ Maybe Hollywood and Vine…”
This song may not be on your list of classic American musical gems, but it does reference a very popular L.A. spot that many have to cross before calling themselves a true Angelino. To be specific, Hollywood and Vine is a street corner, but not just any street corner. It’s the intersection of Hollywood Boulevard and Vine Street where you can see the center of the Hollywood Walk of Fame and is still considered to be the epicenter of Hollywood. If you’re making the trip out west, it’s a must see.
Open In Google Maps
Los Angeles, California, USA
Give us feedback

“Spilling my confessions, midnight on the 405.”

Reading this two thoughts may flood a person’s head. Either, “what is ‘the 405’?” Or “Why is the freeway an important location?” It’s because you haven’t truly experienced L.A. until you’ve driven on the soul sucking 405. As Matt Nathanson clearly addresses in his song, the only sane time to drive down it is at midnight when no one else is on it. Otherwise, at its worst, expect about 1 hour to travel 15 miles. That’s not an exaggeration.

Park
Facebook
Email
Twitter
Pinterest
Copy link
Share
Map View
“Rainbow girl, whiskey man/ Spotting every star they can/ On sunset, on sunset/ Rock an’ roll every night/ Underneath them neon signs.”
Sunset Boulevard, a street which is highly descriptive of the weather in L.A. all the time, but also constantly buzzing with people and things to do. It’s the street where dreams are made – literally. The entertainment studios that line the streets are alive with people who traveled so far to see their passions become a livelihood, and Donna Summer perfectly captured those emotions in her song.
Open In Google Maps
Los Angeles, California, USA
Give us feedback

4. “Los Angeles, I’m Yours” by The Decemberists

“How I abhor this place/ Its sweet and bitter taste/ Has left me wretched, retching on all fours/ Los Angeles, I’m yours.”

This song is a long ode to the “darkness” in L.A. Every day you see reports of entertainers falling prey to the demons within the city walls, and getting ensnared in the promise of fame. If you’re not careful, it can tear you apart but it’s worth it to pursue your passions. That’s sort of the Catch 22 of it all.

“It’s the, City of Angels and constant danger/ South Central L.A., can’t get no stranger.”

There are so many different sides to this city and not all of them are pleasant. No artist was greater at depicting these startling inconsistencies than Tupac. Of course we have the bright lights of Hollywood, but there is a real reality in this city that is not easily shaken off. South Central is not to be trifled with, and if you find yourself there stand in awe of all the greats that have made it on those mean streets, and then quickly get out.

“But the weather’s so nice, nobody slowing down/ Well except for the 101.”

This song is more representative of the quintessential L.A. experience, and the cities that many people will find themselves in over the years. But it also does make mention to the dreaded 101. Another freeway you would be better off getting out of your car and walking on then trying to navigate. Driving is a big part of what makes this city what it is, and sometimes it can be miserable. But nothing is perfect.

“I hopped off the plane at L.A.X. with a dream and my cardigan/ Welcome to the land of fame, excess, whoa! Am I gonna fit in?”

LAX is a rite of passage for anyone trying to pursue their dreams in this crazy city. It’s the airport where you can find yourself checking in luggage right next to the very rich and very famous. Love it or hate it, it’s an integral location in one of the largest cities, and many people have crossed its threshold. It’s definitely worth flying into at least once if you’re ever in these parts.

Music Venue
Facebook
Email
Twitter
Pinterest
Copy link
Share
Map View
“We can live beside the ocean/ Leave the fire behind”
Amidst the fast pace that you’ll find in this town, you can always sneak to the beaches and find some solace. However, Santa Monica is not always one of those beaches. It’s the place to find the sea breeze, carnival games, and amazing food. The ocean waves provide a stark contrast to the craziness going on by the shore. If you’re looking for a getaway with a little bit of spunk, then this is one of the best beaches, and this song by Everclear captures that in the perfect way.
Open In Google Maps
Los Angeles, California, USA
Give us feedback

Beautiful sunsets across the Pacific Ocean are one of the many treasures of living here. Yes, it may seem a bit cliché to mention the sunshine in California, but this city has no shortage of clichés around every corner. Santa Monica Boulevard is one of the many beauties of the city, and seeing a sunset from any point is a not so rare treat.

“From way up in the canyons/ Where the hot winds howl/ To the mean city streets/ Where the night hawks prowl/ I can feel the rhythm play/ The whole night long.”

This song has it all! Every single part that makes L.A. what it is, is touched on in this short but sweet song. It’s one of the few that give a shout out to the San Fernando valley. A valley that is filled with young people that are just a hop, skip, and a jump away from the vibrant life that is the big city. You can overlook everything from the canyons, and BB King speaks of the best parts of this city. It’s a great song that really represents a beautiful experience for anyone looking to visit.