If you’re craving some hearty, Southern-style barbecue, you don’t need to hop on a plane. San Francisco is chock full of authentic and delicious barbecue spots. Here are our top picks for barbecue right here in the city. 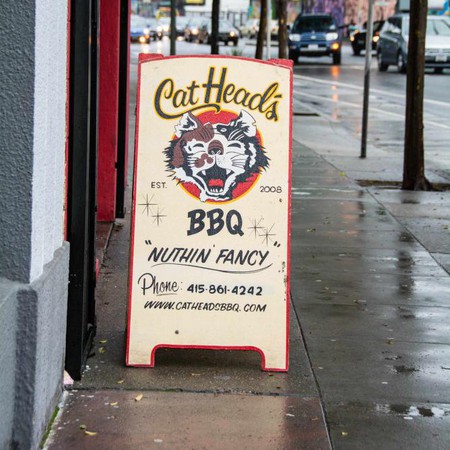 Located in SoMa, CatHead’s BBQ is run by two professional chefs who met in culinary school in 2004 and formed the BBQ restaurant in 2008. Since both come from rural areas with close-knit families, their goal is to keep the deep-rooted traditions, recipes, and ideas from their families and youth alive. Head to CatHead’s for meals like smoked pork shoulder, ribs, and smoked brisket, along with a variety of sides like collard greens, and sauces, from mustard to the house BBQ and ketchup.

Pete’s Barbecue is a hole-in-the-wall, cafeteria-style barbecue spot in the Mission that is definitely worth the visit. The restaurant features items like rotisserie chicken, plates of ribs, enormous baked potatoes, and a homemade, specialty barbecue sauce that will have you coming back for more. 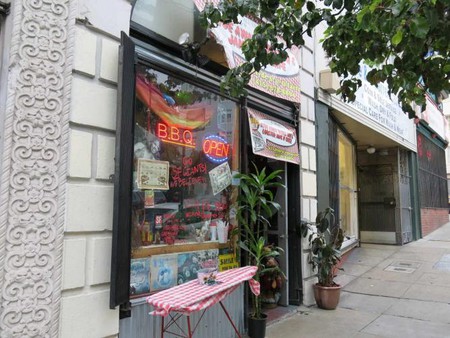 Hyde Away Blues BBQ specializes in authentic Memphis BBQ. Head to the Tenderloin for some ribs, collard greens, baked beans, and honey biscuits and corn bread, or dig in to the lobster mac and cheese and peach cobbler. Be sure to enjoy a glass of the sweet peach tea. 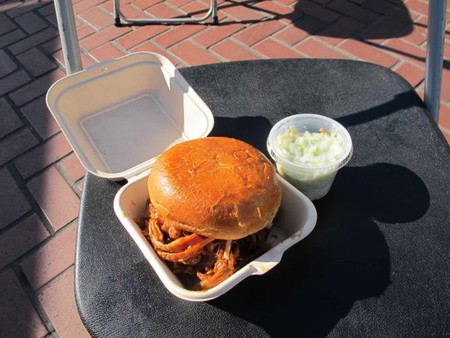 Head to Bayview/Hunter’s Point for some of the most delicious barbecue in San Francisco. At first, owner Bill Lee ran a catering company in the kitchen of his electrical warehouse, but he was inspired in 2010 to open a restaurant, Smokin’ Warehouse BBQ, which still runs out of the same warehouse. Enjoy platters of beef ribs, pulled pork, and beef brisket, sandwiches, burgers, and a variety of classic sides.

Rusty’s Southern in the Tenderloin embraces the traditions of the South, but through more than just food. They believe that being Southern is more than just a geographic identity, and that it comes down to how people relate to one another and embrace the traditions of their food. Rusty’s offers entrées like catfish, fried chicken, meatloaf, and pork chops, with sides for the whole table. There’s a specialty brunch and also lunch items, plus craft beer.