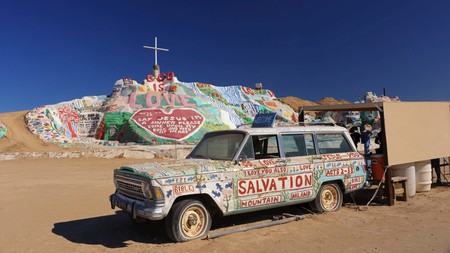 Driving through the urban stretch of Los Angeles, it’s easy to forget that most of California is a sprawling desert. If you’re feeling adventurous enough to keep heading east past Palm Springs, you can find an unbelievable array of strange and beautiful destinations. Here are the best desert spots near Los Angeles. 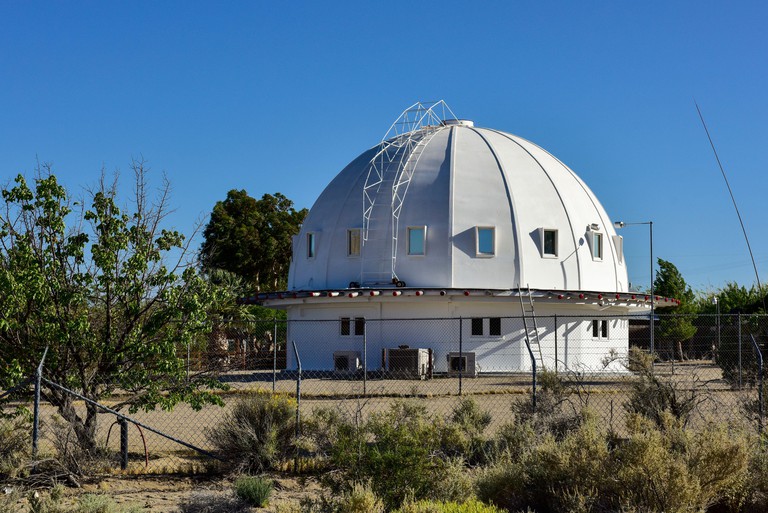 The Integratron | © Ken Howard / Alamy Stock Photo
The Integratron was originally erected in 1959 by George Van Tassel, who claims he built it according to instructions received from space aliens. He believed this structure was capable of bending the laws of space and time and served as the site of extra-terrestrial ‘conventions’. Van Tassel may no longer be around, but this beautiful building has been restored since his death and now hosts weekly ‘sound baths’ in which visitors lie back and meditate while hosts stir bowls of crystals.

Art Gallery
Facebook
Email
Twitter
Pinterest
Copy link
Share
This massive edifice of paint, straw and one man’s religious fervor was begun in 1931 by Leonard Knight, and is still under construction to this day. Located just past the desolate beaches of the Salton Sea, the Mountain is only accessible by an ancient road with a guard booth painted in neon colors. Covered in thousands of gallons of bright paint, the shock of color and size is simply awe-inspiring. If you’re feeling generous bring them a bucket of paint or two. 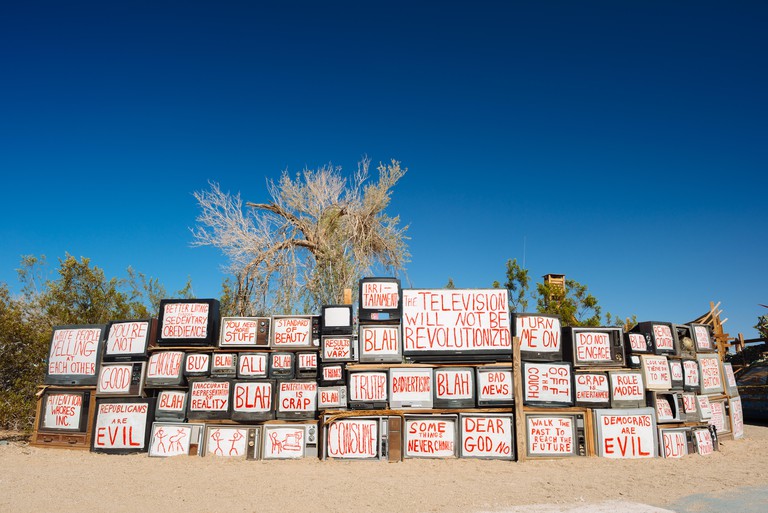 Sculptural art installation made of found objects, in a collection called 'East Jesus,' in Slab City, California | © Jordana Meilleur / Alamy Stock Photo
Slab City is a seasonal location that springs up during the pleasant desert winters and becomes a hub of art and self-expression. With a quick look around you’ll find a myriad of artists, musicians and generally interesting folk. Continue on down the road and you’ll come to a permanent art installation known as East Jesus. Here you’ll see all kinds of strange and wonderful sculptures, from exploding houses to partially buried double-decker school buses, and the residents are always willing to give a tour to curious visitors.

Building, Museum, Shop
Facebook
Email
Twitter
Pinterest
Copy link
Share
On the exterior of this building a sign reads, ‘International Banana Museum!’ and sure enough, in a small strip lies a bright yellow building that holds what it claims to be the world’s largest collection of Banana paraphernalia. The museum’s shop also sells a wide variety of cool banana beverages to weary travelers – from banana splits to smoothies and banana ice cream. 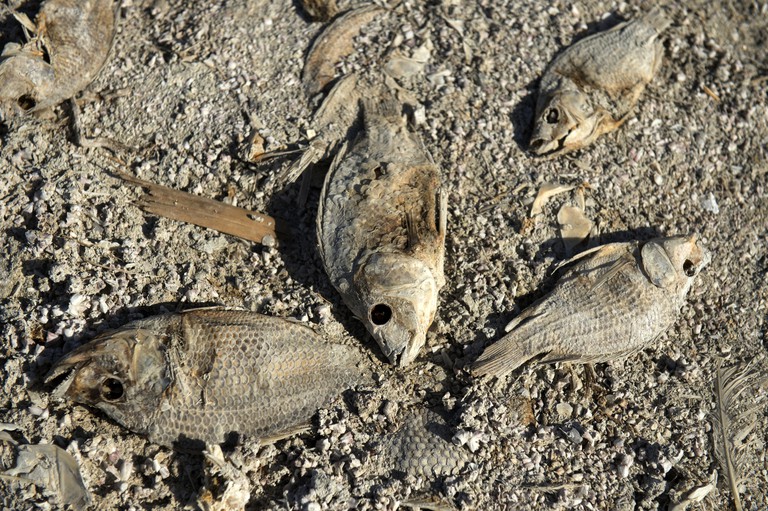 Salton Sea and Dried fish at Bombay Beach, Imperial county, California, USA | © Feifei Cui-Paoluzzo / Getty Images
Perhaps the strangest attraction of all is the Salton Sea, a central element of the desert landscape east of Mojave. The sea formed as a result of flooding in the nearby agricultural hub of Empire County, and many believed it would become the Riviera of the West in time. Yet the beaches are abandoned and littered with fish bones, as the sea becomes flush with toxic algae every summer. Set against some of the most spectacular mountain vistas in the southern California desert, it is both a beautiful and eerie sight.
Give us feedback