Top 5 Things to See at the California Academy of Sciences

The California Academy of Sciences is a multidisciplinary science museum, aquarium, indoor rainforest, planetarium and world-class research facility – all contained in a state-of-the-art, eco-friendly building in sunny California. Housing nearly 40,000 live animals and millions of preserved specimens, it is impossible for even the most ambitious visitor to explore this colossus of an institution in its entirety in one visit. For those constrained to enjoy this remarkable museum in a single day, we round up five must-see attractions. 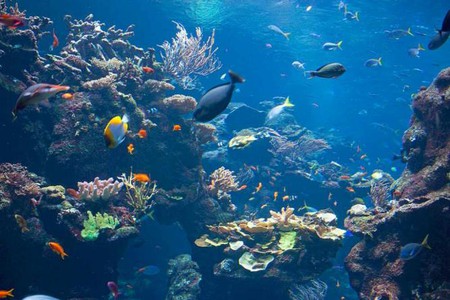 Visitors to the Steinhart Aquarium at California Academy of Sciences are awestruck by its size and diversity. Prepare to be mesmerized by over 900 species of exotic fish, sea turtles, stingrays, eels, seahorses, seadragons, nautiluses and other strange and fascinating aquatic creatures. A variety of breathtaking marine ecosystems are represented, including the 25-foot deep Philippine Coral Reef, which houses a magnificent collection of tropical fish and live corals. Also impressive is the California Coast, with its rocky reef covered in anemones and kelp forest where leopard sharks lurk. Guests can talk to aquarium staff and touch certain species such as starfish and sea urchins in the Discovery Tidepool. 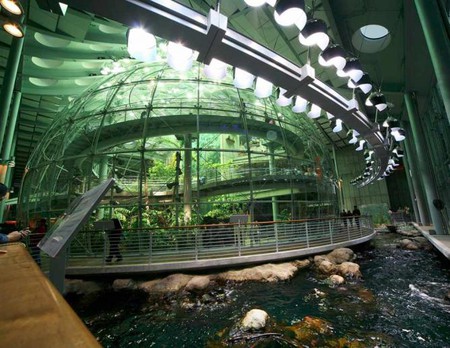 Step into the Osher Rainforest, and the fragrance of lush plant life and warm humidity instantly transport you to the neotropics. View attractively displayed frogs, geckos and other tropical critters while walking up a wide spiral ramp that surrounds the rainforest and goes all the way up to the fourth floor. The spiral architecture allows the visitor to see the different levels of rainforest from forest floor to canopy, each with a distinct ecosystem. Colorful birds and butterflies fly free in this glass-domed rainforest. There is even a pair of blue-and-yellow macaw parrots you may want to say hello to. 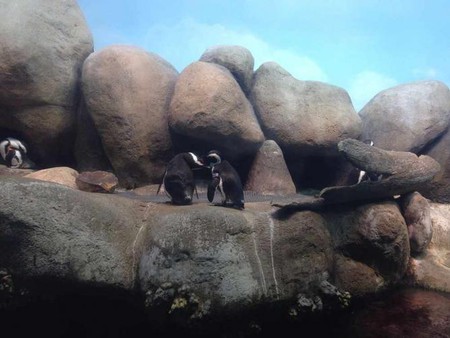 These aquatic tuxedo birds are not just cute but also full of personality. Watching them waddle, swim and socialize is guaranteed to make anyone smile. Although the penguins are kept indoors, their habitat is built to resemble their natural environment, including rocky shore and water. A sophisticated system of temperature and light control ensures that the birds experience the same daily and seasonal cycles they would see in their native southern Africa. This encourages the behaviors that come naturally to the penguins, and which humans find endlessly endearing. Be sure to catch one of the twice daily penguin feedings, where a biologist feeds the birds and answers questions from visitors. 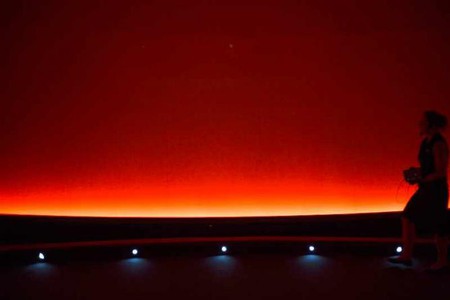 Sit back on a plush movie theater seat and feel the giddy sensation of flying through the stratosphere or diving into the ocean’s depths. This is a cinematic experience unlike any other. The 75-foot NanoSeam projection dome seems to vanish into the ether when lit, immersing you in a virtual world that feels both real and dreamlike. The Morrison Planetarium shows a range of visually stunning short films on astronomy and ecology that appeal to all audiences, including those who are not hard-core science fanatics. 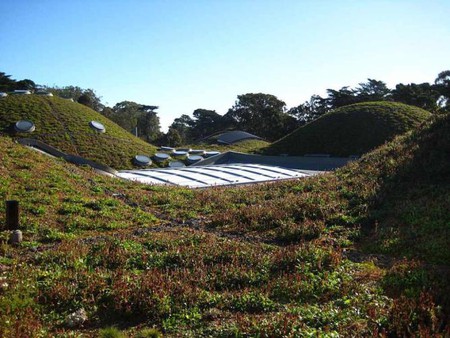 See environmental sustainability in action as you go up to the museum’s rooftop, which is covered in a vast hilly turf with nearly 100 native wildflower and plant species. This innovation in urban ecology is not only a visual delight but also provides insulation from heat and cold, reducing the building’s energy consumption. Hills are dotted with circular skylights which further cool the building with air chilled naturally by the steep inclines. In addition, the green roof keeps greenhouse gases from being released into the atmosphere, soaks up excess storm water and serves as a habitat for birds and other wildlife. A win-win situation that is beautifully aligned with San Francisco’s commitment to the environment.

Gladys Um is a writer in San Francisco. Originally from New York City, Gladys has also lived in Geneva, where she worked in digital marketing, and London, where she earned her masters degree in anthropology, environment and development at University College London.