Surf's Up: Cool Surf Spots In The LA Area

Whether you’re a serious surfer trying to find the best waves to practice on or a newbie looking to learn on a foam board purchased out of impulse while grocery shopping at Costco, it can be hard to find a nice, consistent surf spot. If you’re looking to avoid massive crowds and aggressive locals, these are the five best spots in LA County to go to. 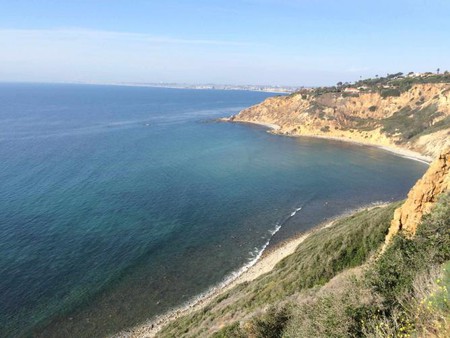 First up is Palos Verdes Cove, this spot is usually best at mid to high tide. The break in the middle of the cove is a long, slow, rolling wave that is usually ridden by long boarders both left and right. On the southern end of the cove is another wave called boneyards that is usually favored by short boarders and breaks left over a shallow reef. This is a great spot to check out when you’re already comfortable with the basics, considering it’s a bit longer of a paddle out compared to most spots. As long as you don’t drop in on anyone or walk down the path with your wetsuit on, the locals here are also generally welcoming.

How to get here: Take Paseo Del Mar (the road that runs along the cliffs) south until you spot a line of cars parked on the curb (you’ll know it when you see it). Take the wide dirt path to the bottom of the cove. 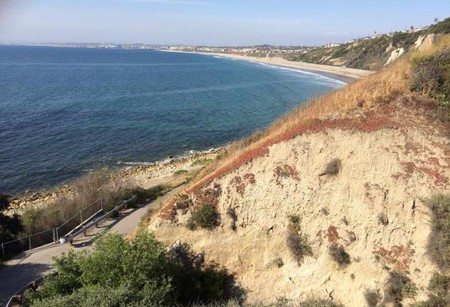 Malaga Cove, or RAT point as it’s called amongst locals, is a great spot to learn or enjoy an uncrowded left-breaking wave. This spot usually is best at low tide and as the tide is coming back up, and is great for both short boarders and long boarders. This is a sandy bottom but there are plenty of boulders under water, especially closer to the rocky side of the shore, so do proceed with caution.

How to get here: It is located at the bottom of a paved path in front of the parking lot for Malaga Cove Elementary school (375 Vía Almar, Palos Verdes Estates). 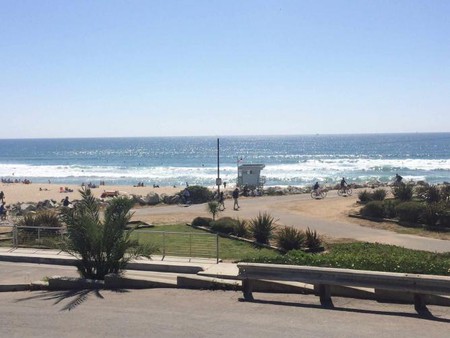 If there are waves in the South Bay, chances are they’re going to be the biggest here thanks both to an off shore underwater canyon and to being located almost exactly in the middle of the bay. There are both left and right waves here which break over sandbars and are usually favored by short boarders. Although this spot does tend to get crowded when there’s a decent swell coming through, it’s usually the best choice if you really want to go surfing and it’s flat everywhere else.
How to get here: If you’re going north on Highland, there’s going to be a chevron on the corner of 45th street where you’re going to make a left. Best shot at parking is to just pay at the parking lot (El Porto Parking Lot, The Strand, Manhattan Beach) 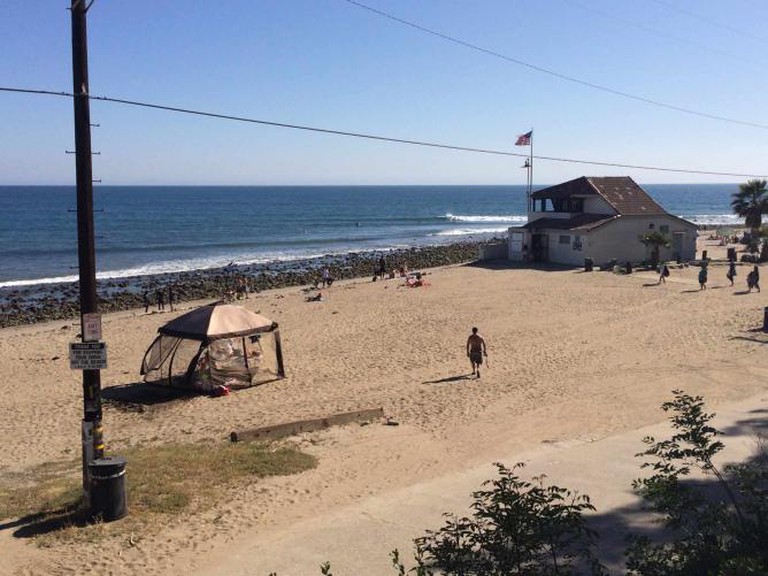 Topanga Beach | © Juan Liscano
Sunset Point on some days can be just as good as Malibu’s Famous First Point, and on bigger days lengthy rights are common. This spot can get quite crowded on the weekends so it would be best reserved for weekdays or early weekend sessions. This spot works best during rising and falling tides and has a rocky bottom that gets really shallow during low tide, where it’s very likely to lose a fin or, even worse, ding your board. This spot is definitely best suited for long boarding and is a great wave for beginners.

If the waves are 2-3 feet at Sunset Point then they are most likely 3-5 feet here at Topanga. Topanga has a very rocky, sharp bottom that is usually shallow regardless of the tide. This wave is faster than Sunset Point and is usually favored mostly by short boarders and advanced surfers. There aren’t usually large crowds here, but the take off point is pretty small so paddling for waves can still get competitive.

How to get here: Topanga is about 7 minutes north of Sunset point on Pacific Coast Highway. There is a parking lot you can pay to park in or park for free along the side of PCH.
By Juan Liscano