Whether you are a seasoned classic auto enthusiast or just enjoy viewing vehicles as works of art, these auto meet-ups based in Northern California will certainly entertain a wide audience. The eras represented in the meets include art deco, post-war (fins and chrome), muscle cars and more. These events can be viewed at no charge for the most part — just bring a vehicle and enjoy special privileges, such as free museum entrance for two. 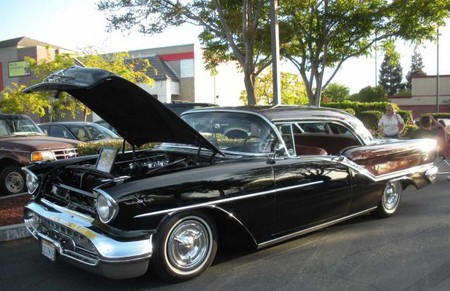 Vacaville, CA is home to a flourishing car culture. This is evidenced by the fact that several classic local cars are never seen at area events, but rather are visible when garage doors are flipped up in driveways under a protective cover. Many of the cars’ owners are still in the restoration process or rarely choose to drive them. All of the events offer a connection with owners to share ideas or even an opportunity to network to locate that hard to find part — and maybe even purchase a vehicle. 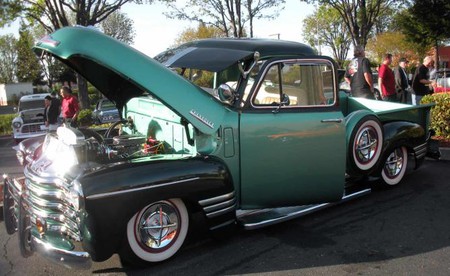 Mel’s Diner is a popular venue for classics, and it delivers: the 1950s themed diner in Vacaville, CA will have a cruise night two times per month from April to October this year. The restaurant chain was made famous by the 1973 hit movie American Graffiti, filmed mostly in Petaluma. When attending any of the events in Vacaville, raffle tickets are given out to participants for a prize drawing before leaving. This diner doesn’t draw the largest crowd, but serves well as a local regular meet-up.

Black Bear Diner hosts a cruise night the last Wednesday of each month throughout the summer. This location offers ample parking for cars on display and restaurant patrons, and also has easy freeway access from I-80 in each direction.

Pete Paulsen Wheels & Tires Custom Accessories has an annual hot rod party in October and also a picnic get-together in May, complete with a concert. These events are held at the rural property of long time hot-rodder Pete Paulsen just south of Stockton, CA. While here you can also make a purchase for your ‘rod’ and buy personal apparel or other accessories. Since this is a farm property sitting on a delta, there are even boat rides on the river available to visitors just a short walk away. Feel free to bring your classic; however, you must adhere to the entrance deadlines. If don’t bring a classic along, just take in all the custom cars that they are noted for. This is the only event that has a vehicle entry fee and charges admission, but it is well worth it! 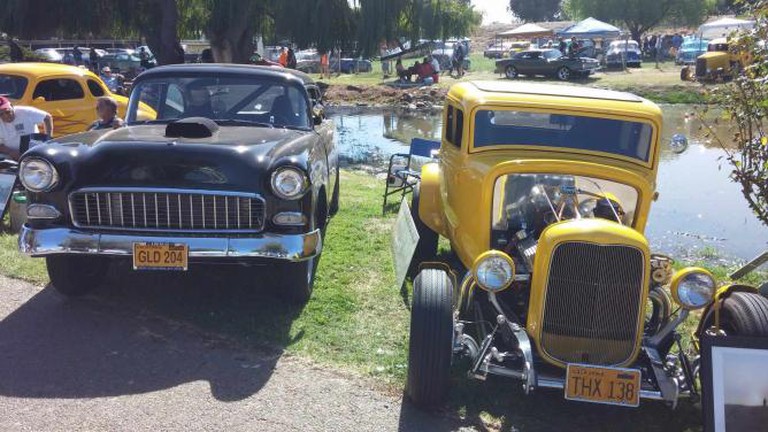 Blackhawk Museum, Danville | © Willys 6
Blackhawk Automotive Museum in Danville, CA hosts cars & coffee on the first Sunday of every month, rain or shine, from 8 A.M. to 10 A.M. If you show up with a vehicle, you will be provided with two free museum tickets (a $15 value). This is a growing event, especially on warmer mornings throughout the winter. As far as the cars go, think James Bond-esque exotics, such as Aston Martin, Lamborghini, Ferrari and other gull-wing types.

Although there are many imports, there are also many early American cars that would not otherwise be seen, such as a late 1940s Pontiac Woody or an early JFK vintage Lincoln convertible. Often times the cars are organized by make, such as a row of Mercury Cougars or early 2000s series Mustangs. Also, don’t forget to support the museum by getting coffee or cocoa and giving a small donation to the lady’s serving. This is one event where you definitely want to have a camera handy for a rare photo op.

The consensus seems to be that the largest meet in the Vacaville area is at Buckhorn Steakhouse. For this event, held on the second Tuesday of every month, a downtown street is closed off for two blocks where vehicles are angle parked or fill the center of the street. Enjoy dining out in front of Buckhorn with sidewalk seating, sipping your favorite cold beverage as vintage relics cruise by. At this meet, there will be more to see then a Chevrolet tri-five, so make a point to attend.