Top 10 Things To See And Do In Culver City, Los Angeles

When most people think of classic movie glamour and legendary stars, they think of Hollywood. But it is Culver City, home to two major movie studios, that is known as the ‘Heart of Screenland’. From its downtown pedestrian-friendly streets lined with palm trees and trendy new foodie joints to the wackiest museum in Los Angeles, Culver City is full of surprises. 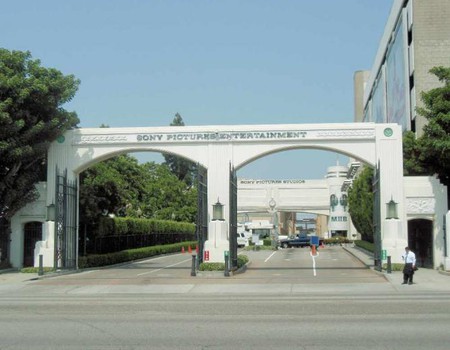 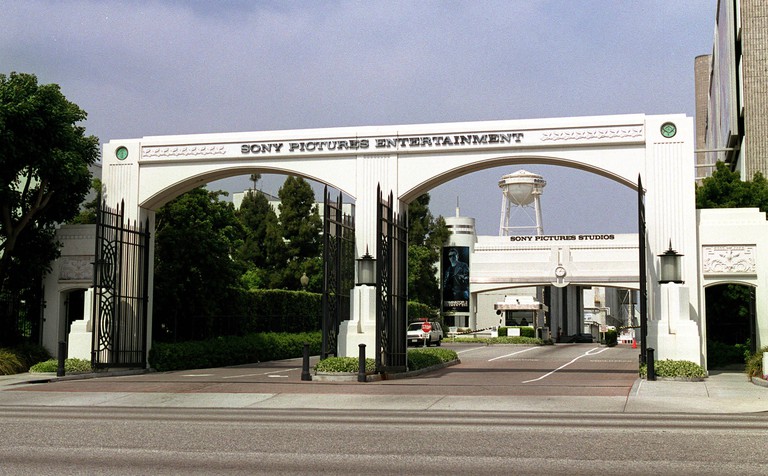 Sony Pictures Studios | © Allstar Picture Library / Alamy Stock Photo
Two city blocks of Greek-style columned façades adorn Sony Pictures Studios, a paean to the film and television industry – the lifeblood of Culver City. Visitors craving tourist kitsch can pay $30-40 for a studio tour. Highlights of this trip down nostalgia lane include viewing the van from Breaking Bad, walking under a giant fake rainbow, and visiting the sets where Wheel of Fortune and Jeopardy are filmed.
Open In Google Maps
10202 Washington Boulevard, Washington Culver, Culver City, 90232,
+13102448687
Visit Website
Give us feedback 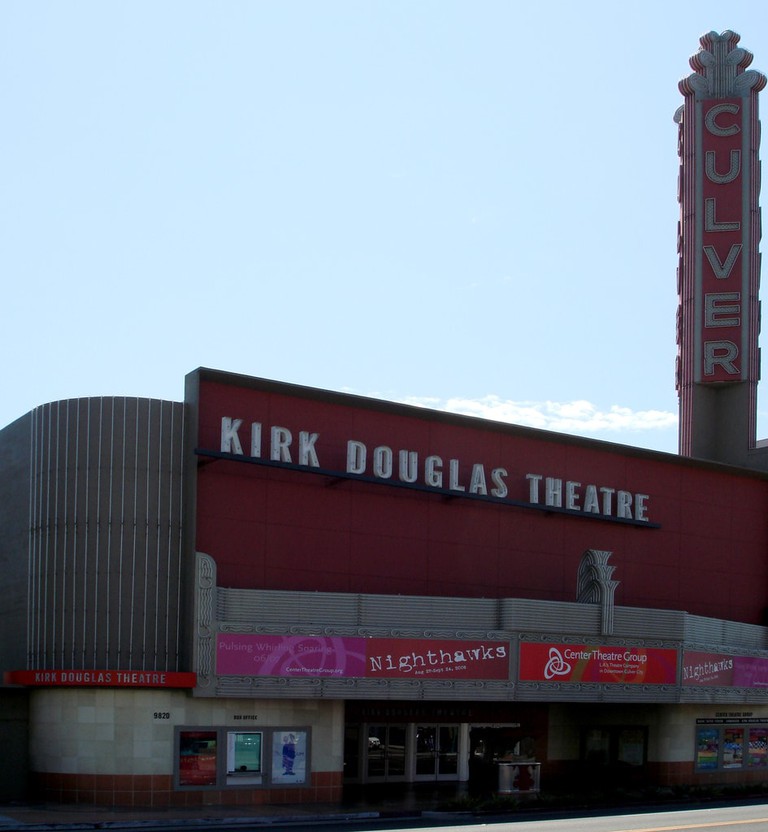 The Kirk Douglas Theatre in Culver City | © John Lopez / Flickr
Down the street from the Sony Pictures Studios, a sign emblazoned with the name ‘Culver’ lights up sequentially. Marking the start of Culver City’s downtown, this is the Kirk Douglas Theatre, a perfect destination for a classy evening of old Hollywood glamour. One of three theaters that form the Center Theater Group, the Kirk Douglas consistently produces quality plays and musicals that are cutting edge and contemporary. Ticket prices range from $25 to $100+, depending on the show and advance purchase. Book ahead.
Open In Google Maps
9820 Washington Blvd., Culver City , 90230,
+12136282772
Visit Website
Give us feedback 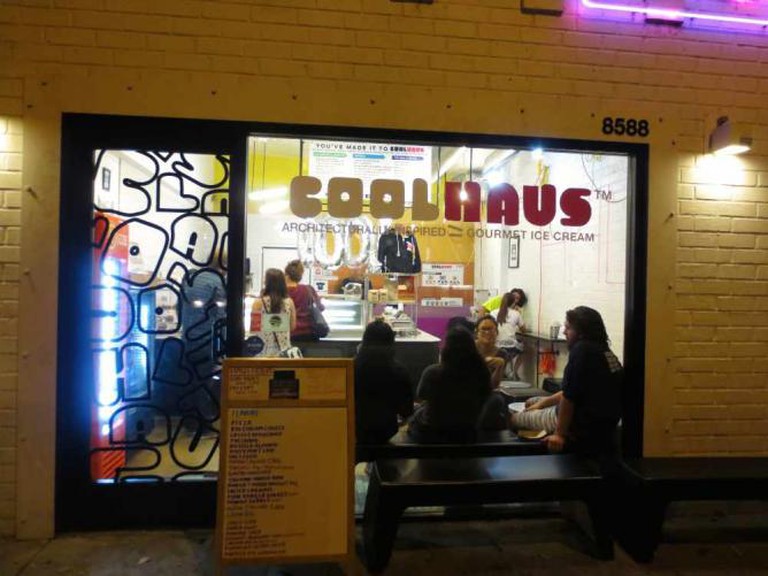 Coolhaus | © Sara Rosenthal
First founded in 1931, the old Helms Bakery has played a role in several major events in American history — Helms was designated the ‘Official Bread’ of the 1932 Olympic games held in Los Angeles; and in 1969, Helms became the first bread to land on the moon, traveling with the astronauts on Apollo 11. The bakery itself is now defunct, but the site still stands, home to restaurants, design shops, bars, and a specialty bookstore Arcana, which has an impressive collection of books on the arts.
Open In Google Maps
8758 Venice Boulevard, Art District, Los Angeles, 90034,
+13102041865
Visit Website
Give us feedback 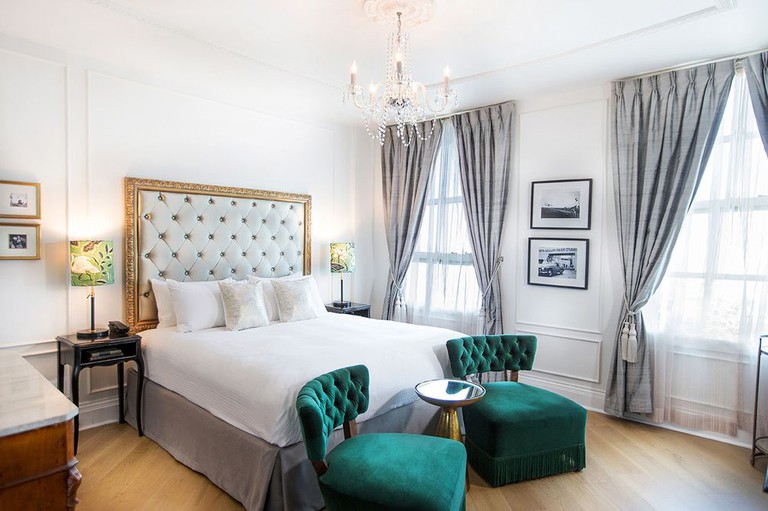 Courtesy of the Culver Hotel / Hotels.com
View Rooms
Built in 1924, the Culver Hotel is more than a cool old building — it is an amalgam of legends and rumors from a bygone era of film. For one, the casts and crews of Gone With the Wind and the The Wizard of Ozstayed here. Rumors surrounding the place are classic — the actors playing the Oz’s Munchkins threw wild parties in their rooms; the hotel is haunted, and there are secret underground tunnels running to the Sony Studios lots. Charlie Chaplin owned the hotel at one point, before supposedly losing it to John Wayne in a card game. Wayne eventually donated it to the YMCA in the 1960s, in lieu of selling it to the Black Panthers. In its current iteration, the hotel has six floors, 46 rooms, and two bars. Live jazz is featured every night in the elegantly remodeled downstairs bar/restaurant and during Sunday brunch. Extra tip: there is an outdoor farmer’s market across the street from the hotel every Tuesday afternoon, rain or shine, from 2pm to 7pm.
EVERYTHING YOU NEED TO KNOW 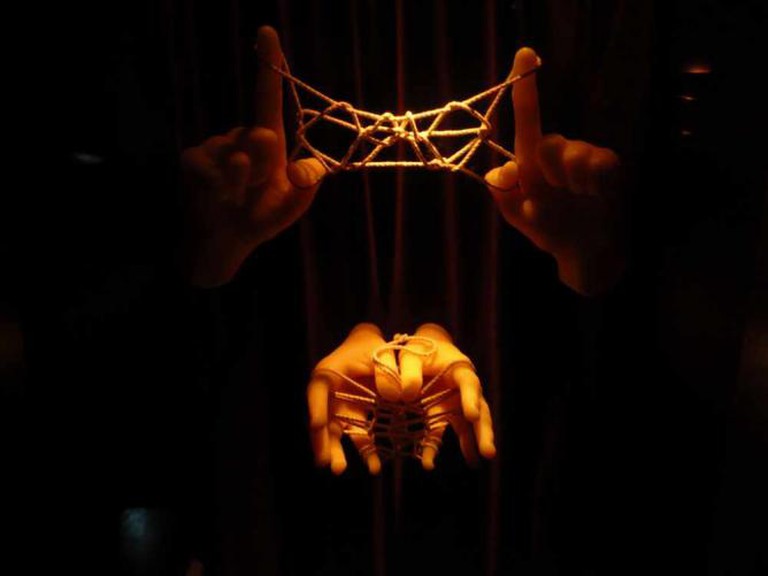 Museum of Jurassic Technology Cat’s Cradle | © Cory Doctorow/Flickr
The most soulful spot in Culver City, Industry Cafe & Jazz is a relatively unassuming little place that features Ethiopian, Eritrean, and Soul food (the menu includes both fried chicken and injera a wonderfully spongy East African flatbread) as well as hookah and live jazz. At Tuesday night open-mic nights, guests can sign up to perform or watch slam poetry, funky jazz combos by the house band, five-minute heart-squeezing piano improvisations, and faltering stand-up comedy – all are met with the same level of enthusiasm and warm support. This is the kind of rare place where the waiters ask patrons how they are and really mean it; when the open mic hostess introduces the show, she makes clear that for tonight, everyone present is family. This is a neighborhood place to call home.
Open In Google Maps
6039 Washington Boulevard, Art District, Culver City, 90232,
+13102026633
Give us feedback

Museum
Facebook
Email
Twitter
Pinterest
Copy link
Share
Map View
Deceptively small from the outside, the Museum of Jurassic Technology contains worlds within. Strange, mystical, beautiful, and all but impossible to describe, perusing the museum’s rare and curious collections is like entering a Wes Anderson movie. Here you can learn about the ‘transcendent’ qualities of gemstones, view a portrait gallery of the dogs of the Soviet space program, learn how to transform a man into a rock (or similar objects), and discover the metaphysical qualities of a cat’s cradle. The rooftop garden is truly magical, particularly at night, when birdcages are illuminated by candelabras. Afternoon tea and cookies are served upstairs next to a small theater where films are screened daily. Obscure, quirky, bizarre, whimsical, the museum is a rare gem. Stop by India Sweets & Spices afterwards for excellent Indian vegan and vegetarian dishes, sweets, and groceries.
Open In Google Maps
9341 Venice Boulevard, Palms, Culver City, 90232,
+13108366131
Visit Website
Give us feedback

Take a break from the arts and culture of Culver City to stroll through some surprising nature spots. The Ballona Creek bicycle path is a pleasant, scenic route that takes riders on an eight-mile, mostly flat path from Culver City all the way to the ocean in Marina Del Rey. If a bike is not your thing, check out the hiking path that begins at Culver City Park and leads up to the Baldwin Hills Scenic Overlook, which offers 360-degree views of downtown LA, the LA Basin, and the Pacific Ocean. The overlook is accessible by either a steep, straight staircase (a popular local exercise spot) or an easy zigzagging loop path (for a more relaxed hike). Go early – the park closes at sunset.

Signified only by a neon sign that says ‘bar’ and a blinking neon martini glass, Mandrake is the most unpretentious hipster bar. Old episodes of Mork and Mindy are projected on the wall where a DJ spins tunes on vinyl and disco ball lights rotate around the room. Plain wooden picnic tables host smiling creative types sipping beer and cocktails. The bartenders are friendly, in a homey, tell-us-about-your-life-and-we’ll-listen kind of way. Happy hour specials include a beer and a shot for $5 and bartender’s choice cocktails.

If the ‘drunkchies’ set in before 11pm, head to Tito’s Tacos for legendary cheap, simple, crispy tacos and burritos — your basic bean and cheese, shredded beef, or chili con carne done right.