Santa Rosa is located in the North Bay Area of California, nestled in the rolling hills of wine country. The city has a variety of different activities and unique events that make it one-of-a-kind. Surrounded by state parks, Santa Rosa attracts nature lovers, and the diverse culture brings in lovers of art and history. There’s always something new to experience in Santa Rosa.
© HarshLight/Flickr

Go on a Safari

In the middle of the beautiful vineyards of Sonoma county sits Safari West, a little piece of Africa. The owners, Nancy and Peter Lang, opened their park in 1993 to promote wildlife preservation through educational safaris, breeding programs, and wildlife research. The over 400-acre property houses over 900 exotic animals and offers year-round tours and overnight stays. Safari West is one of the only six private facilities to hold accreditation in the American Zoo and Aquarium Association. 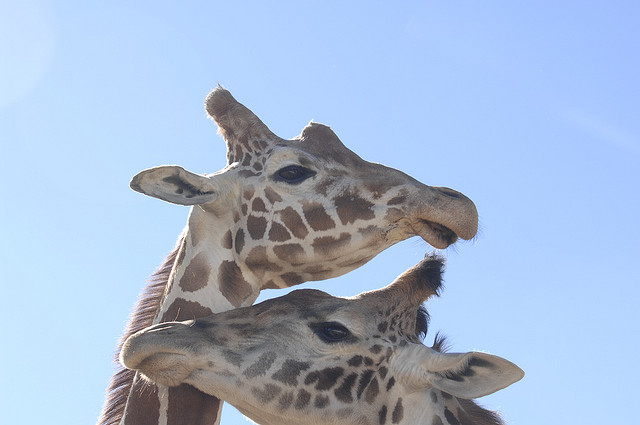 Santa Rosa offers hiking trails for the more experience hiker looking for a challenge and families looking for an easy hike for the kids. There’s Jack London Historic Park, Sugarloaf Ridge State Park, Annadel State Park, and many others that offer views of everything from vineyards to lakes to the beautiful surrounding towns. At certain viewpoints on clear days the city of San Francisco can be seen, as well. They’re popular places for mountain biking and horse back riding, and most are dog friendly as well, as long as the dogs are leashed.

Visit the Many Wineries

Santa Rosa offers around 300 vineyards and wineries to visit. Since there are so many wineries in the area, most offer access for a quick visit, and there’s the annual Barrel Tasting the first two weekends in March. There are even some that offer free tastings year round. It’s easy to spend the entire day – or even a full weekend – exploring the many wineries and the beautiful vineyards that Santa Rosa has to offer.

Get a Bird’s-Eye View

Get a different outlook on Santa Rosa by going on a hot-air balloon ride. The vineyards and rolling hills look even more beautiful from the sky, and the balloons are a peaceful way to experience Sonoma County. There’s Up & Away Ballooning, which has been offering balloon flights for almost 18 years, and A Balloon Over Sonoma, which offers a ‘Romance Flight’ as well. Both tours offer views not only of Santa Rosa but Sonoma County in general.

Stop by a Brewery

Sonoma County has a long history with beer- and hop-making and was once known for having the best land for hop yards. In Santa Rosa, there are still a number of breweries: Russian River Brewing Company, known for its ‘Pliny the Elder’ and ‘Pliny The Younger,’ only available in February; Third Street Aleworks, where you can get a sample of the beers on tap for $4; and Fogbelt Brewing Company, which offers an all-day happy hour on Wednesdays.

The Wells Fargo Center is an old church that was bought by a group of business owners and people in the community and turned into a non-profit center for the arts. It is ranked among the top 100 performing art centers in the world. The Wells Fargo Centers has held everything from performances of Don Giovanni to shows by Trace Adkins and George Lopez. Most of its performances for 2016 are already lined up, and tickets are available for purchase online and at the box office.

Museum
Add to Plan
© Rojer/Flickr
The Pacific Coast Air Museum is a non-profit organization that has worked to acquire, restore, and safely operate historic aircraft since 1989. It offers a museum to help educate people about the history behind the aircraft and holds events such as air shows and the ‘Santa Fly-in,’ held in December, in which Santa flies in on a helicopter. If you want to be in a plane, you can schedule a tour at the local North Coast Air, which flies over the landscape of Sonoma County.
More Info
Open In Google Maps
One Air Museum Way, Santa Rosa, California, 95403, USA
+17075757900
Visit website

Learn About the Area’s Rich History

Santa Rosa is home to historical landmarks, including the Luther Burbank Home & Gardens and the Charles M. Schulz Museum and Research Center. Luther Burbank was a world renowned horticulturist who introduced the Shasta Daisy. The Charles M. Schulz Museum has his famous Peanuts cartoons on display, and you can learn about the art of cartooning while learning about the impact Schulz had on Sonoma County.

Spend the Day at the Historic Railroad Square

The Historic Railroad Square is located in the heart of downtown Santa Rosa. The buildings in the square and surrounding areas were restored and preserved to serve as a reminder of the impact that the railroad had on Santa Rosa. The square is home to various restaurants, shops, hotels, and the West End Farmer’s Market that’s open from mid-March to mid-December. It’s also a hot spot for antique shoppers and offers free carriage rides around the neighborhood during the holiday season.

The Redwood Empire Ice Arena, also known as Snoopy’s Home Ice, has been open for over 40 years and is one of the main spots for ice skating in Santa Rosa. Charles M. Schulz built it 1969 because of his love of ice skating and hockey, and it was a favorite spot of his until his death in 2000. The arena also contains the Warm Puppy Café. Nestled in the local Redwoods, it offers public skating daily for family fun the whole year round.

Anna was born in New Jersey but raised in the Bay Area, and she grew up traveling between the two coasts. As she was getting to know both states, she developed a love for reading and a strong coffee addiction. She currently attends Sonoma State University where she’s pursuing an English degree, and she spends her free time hiking with dogs and making sure she knows of every brunch spot in the Bay Area.