Fisherman’s Wharf, SF: The Top 10 Things To Do

The first point of attraction that greets you as you enter the city of San Francisco is Fisherman’s Wharf. One of the most iconic fishing harbors of the West, the wharf is a beautiful combination of history and culture of which the world can’t seem to get enough. Here are ten attractions that are definitely a hit. 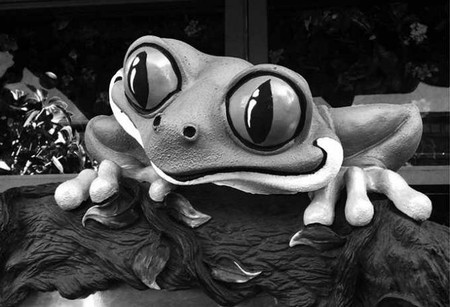 A frog at the Rainforest Café | © Seleba Ouattara

Sea lions sunbathing in the afternoon | © Seleba Ouattara
Perhaps the closest thing to dining in the actual Amazon, the Rainforest Café boasts ‘part adventure, part restaurant, and wholly entertaining for the whole family!’ The café uses a beautiful setup of foliage, animal sculptures, fountains, and rainforest ambiance to create the perfect replica of an actual rainforest. It serves as both a souvenir shop and fantastic dining experience for families at a reasonable price.
Open In Google Maps
145 Jefferson St Ste 400, San Francisco, California, 94133, USA
+14154405610
Give us feedback

The Sea Lions of PIER 39

Park
Facebook
Email
Twitter
Pinterest
Copy link
Share
Map View
They began inhabiting the K-Dock of PIER 39 after an earthquake in 1989, and they haven’t really left since. According to the San Francisco Sea Lion Center, these slippery sunbathers total over 1,700 in number and serve to teach tourists and city dwellers alike the importance of protecting sea life in the Pacific Ocean.
Open In Google Maps
San Francisco, California, USA
Give us feedback

For righties, it’s an unusual experience. For lefties, it’s heaven on Earth. In a world that caters mostly to right-handed folk, Lefty’s in San Francisco is understandably a breath of fresh air for left-handed friends. Lefty’s has been selling both everyday and novelty items (including guitars!) to the left-handed since 1978. 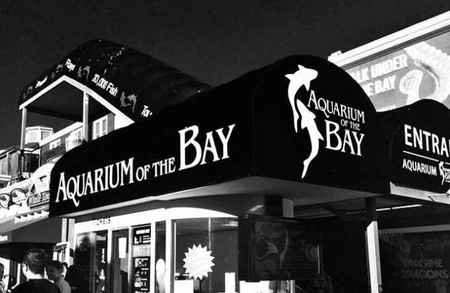 Entrance to the Aquarium of the Bay | © Seleba Ouattara

Aquarium of The Bay

Book Now
Next to the sea lions, the Aquarium of The Bay serves as another great opportunity to learn about sea life in the Bay and Pacific Ocean. Patrons of the aquarium could potentially interact with about 20,000 different species of Bay Area sea life, including octopi and sharks. A day spent at the Aquarium of the Bay is a truly mesmerizing experience for the young and old alike.
Open In Google Maps
Beach Street, North Beach, San Francisco, California, 94133, USA
+14156235300
Visit Website
Give us feedback

Ripley's Believe it or Not 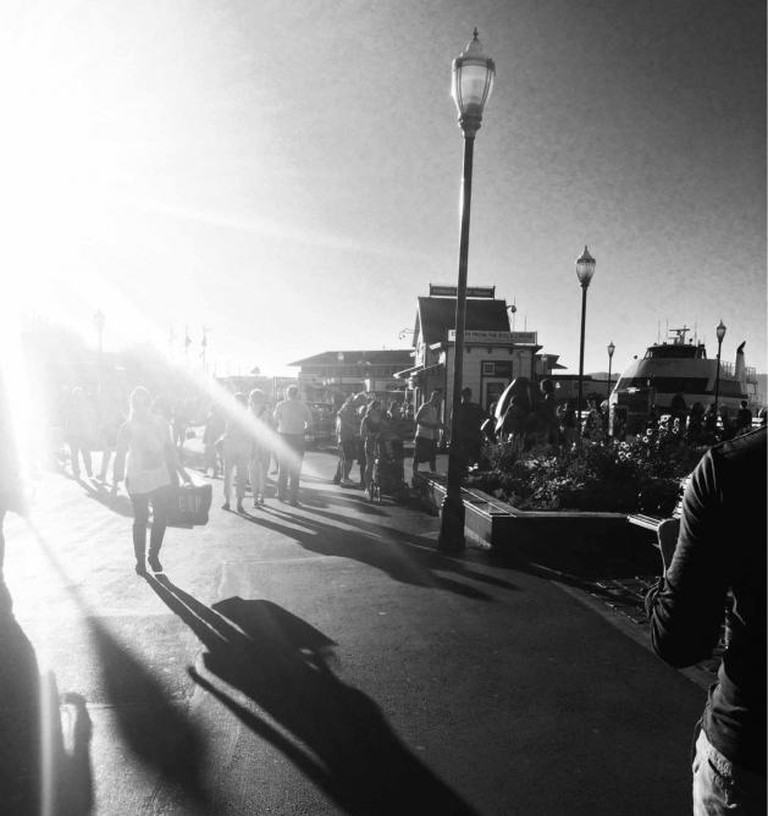 Across the street from the Exploratorium | © Seleba Ouattara
A house for all things unusual, Ripley’s of Fisherman’s Wharf has provided bizarre attractions for San Francisco since 1918. This museum of oddities boasts over 10,000 square feet of creepy, cool, and just plain weird. From centuries-old mummified body parts, to a ‘Transformer’ built completely from scrap car parts, Ripley’s definitely caters to the curiosity of all, no matter their interests.
Open In Google Maps
175 Jefferson Street, North Beach, San Francisco, California, 94133, USA
+14152029850
Visit Website
Give us feedback

Book Now
There are many educational opportunities and experiences in San Francisco, and the Exploratorium on Fisherman’s Wharf is among the most interactive of them all. Founded in 1969, this scientific playground has never failed to meld ongoing research and art together for the masses. Its iconic exhibits are all designed with the purpose of entertaining AND educating people of all ages and learning backgrounds.
Open In Google Maps
Pier 15 The Embarcadero, Embarcadero, San Francisco, California, 94100, USA
+14155284444
Visit Website
Give us feedback

Arguably one of the best burger chains on the West Coast, In-N-Out found its way to Fisherman’s Wharf in 1992. You can either choose items from the original menu or get creative with the well-known and delicious ‘Secret Menu.’ Either way, any choice definitely makes an experience here worthwhile. 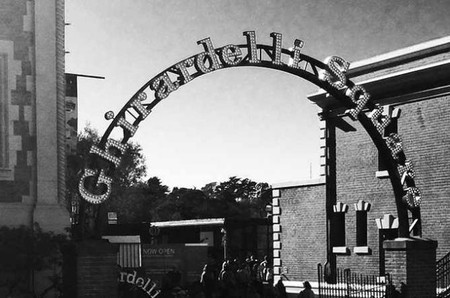 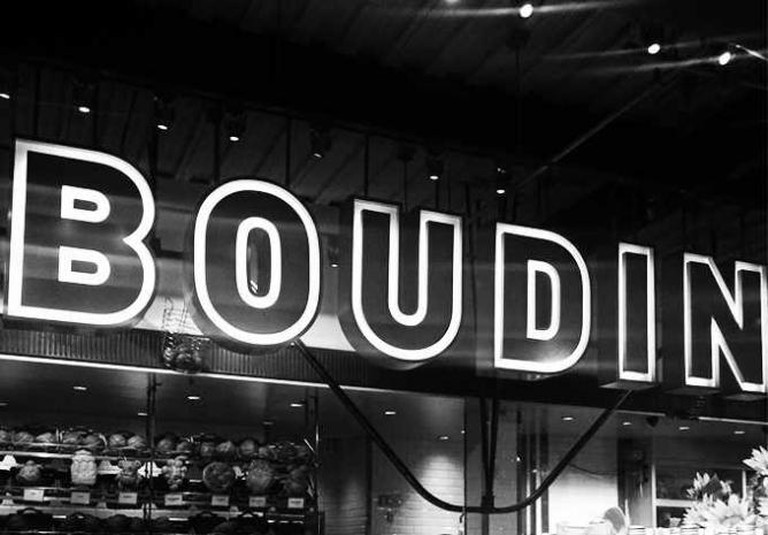 No trip to San Francisco is complete without eating chowder in a sourdough bread bowl, and Boudin Bakery can definitely satisfy that need. Since 1849, Boudin has been credited for creating the iconic ‘San Francisco-style’ sourdough French bread, using a centuries-old family recipe. The museum and bakery is currently home to culinary history, great food, and artistic bread pieces. 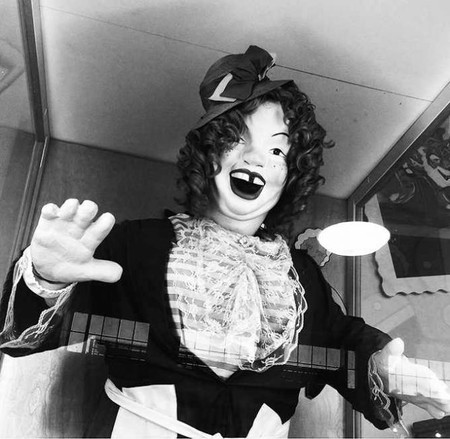 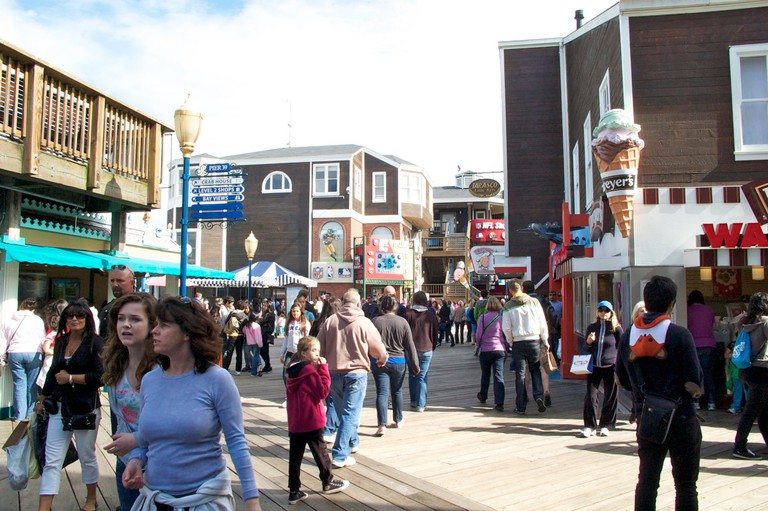 Pier 39 | © Douglas Nelner/Flickr
A step into antiquity, Museé Mécaniqué is home to over 200 privately owned classic mechanical music machines and arcade games. Relocated to Fisherman’s Wharf in 2002, the museum pays homage to the days of San Francisco’s Playland, formerly located near the Great Highway and Ocean Beach. Patrons can watch a self-playing piano, have a mechanical grandmother read their fortune, or even try their luck with the love tester machine, for a relatively low price. It is truly meant to be a blast from the past for older patrons and an interactive history lesson for the young.
Open In Google Maps
Pier 45 Fishermans Wharf, North Beach, San Francisco, California, 94133, USA
+14153462000
Visit Website
Give us feedback
Give us feedback