Top 10 Things To Do Along The Embarcadero, San Francisco

The Embarcadero is one of the liveliest and most scenic areas in San Francisco, and a great place for a weekend stroll along the waterfront looking out over the Bay. Here are the 10 best places to check out here, between the Ferry Building and Ghirardelli Square. 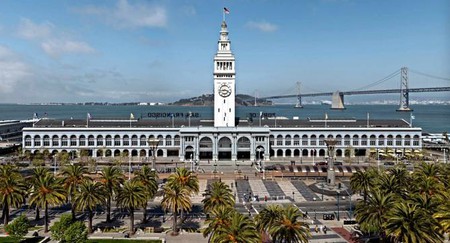 The Ferry Building is one of San Francisco’s most iconic buildings, and the anchor of the Embarcadero. This architectural landmark is located at the center of a major transit hub where Bart, Muni, and the Ferry lines all come together. With nearly 50 shops inside, this market hall is a great place to wander, window shop, and grab a bite to eat at one of the many restaurants and food stalls. 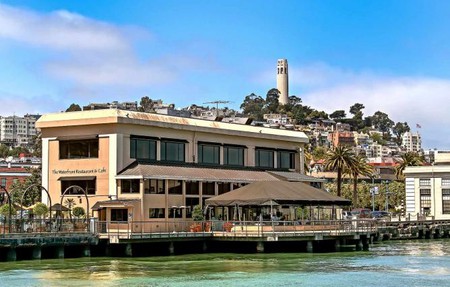 The Exploratorium is a unique science museum that combines human perception with interactive exhibits. This museum wants viewers of all ages to have fun with the scientific learning process and moments of discovery. Having recently relocated to the Embarcadero in 2013, the Exploratorium building is brand new and in great shape. 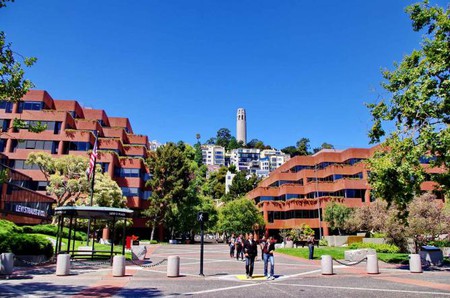 The Levi Strauss & Co. is a beautiful, corporate campus with sprawling grounds that are open to the public. The landscape incorporates fountains, ponds with stepping-stones, and lush green lawns, making it a perfect spot to soak up some sunshine or have a picnic on an Embarcadero walk.
The Levi’s Plaza, 1270 Battery Street, San Francisco, CA, USA,+1 415 501 7208

Ferry cruises over to the world-famous island of Alcatraz are offered seven days a week at Pier 33 along the Embarcadero, and are a must-do. As one of the world’s most legendary prisons and one-time home of America’s most notorious criminals, the cruise tours are full of intriguing stories of escapes, scandals and chilling histories of what happened on this little island on the Bay.
Pier 33, The Embarcadero, San Francisco, CA, USA +1 415 981 7625

The Aquarium of the Bay

The Aquarium of the Bay sits at the edge of Pier 39. The inhabitants of this aquarium are local animals from the San Francisco Bay. The aquarium is open seven days a week, with extended opening hours for the summer. The mission of this aquarium is to protect and restore the Bay, all while igniting a curiosity in those who visit these sea creatures.
The Aquarium of the Bay, Pier 39, 2 Beach Street, San Francisco, CA, USA +1 415 623 5300

Definitely one of the most popular tourist attractions in San Francisco, Pier 39 is almost always crowded, but it is also a great way to get a taste of the waterfront culture and see views of Angel Island, Alcatraz, and both the Golden Gate and Bay Bridges. This shopping area is packed with restaurants, food stands, street performers, and arcades.
Pier 39, Beach Street and The Embarcadero, San Francisco, CA, USA,+1 415 674 7503

If you want to add a little history to your walk along the Embarcadero, then look no further than the SS Jeremiah O’Brien cruises at Pier 45. This Liberty ship is one of only two fully functional remaining ships out of the 2,710 that were built and used during World War II. It has been restored to be historically accurate, and is a living museum and National Historic Landmark. 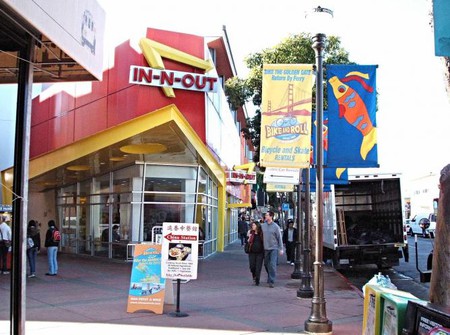 To finish an Embarcadero walk in a truly Californian way, stop by the In-N-Out Burger joint in the Fisherman’s Wharf neighborhood. Californians swear this fast food restaurant is the best there is, so stop by to see if it’s true.
In-N-Out Burger, 333 Jefferson Street, San Francisco, CA, USA,+1 800 786 1000

At the end of the Embarcadero, Ghirardelli Square is an historic shopping center filled with boutiques and restaurants. This was once the site of the Original Ghirardelli Chocolate Manufactory, but it has since become a dessert restaurant serving almost every kind of ice cream sundae imaginable.