Between San Francisco State University and the Pacific Ocean in California sits Lake Merced. In 1859 United States Senator David C. Broderick was killed in a duel by Chief Justice of the California Supreme Court David S. Terry at the Lake. Thankfully, we don’t need to duel to have fun there today. From horseback riding to hang gliding, Lake Merced is like an adult playground for those who are willing to look for it. 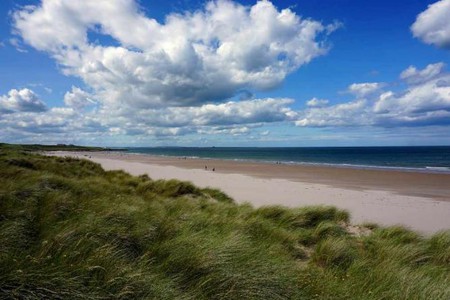 Enjoy a day at the beach

Sunny days are scarce in San Francisco, but when they occur, the best thing to do is go to the beach. Located a little west of Lake Merced, Ocean Beach stretches five miles along the Pacific Ocean. There’s not much at Ocean Beach so you have to make your own entertainment. Bring a surfboard, boogie board, bocce ball, volleyball set, some tunes or just a towel and catch some rays. Just be careful, the water tends to be freezing. 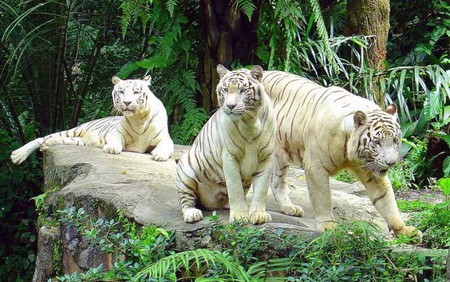 The San Francisco Zoo is one of the best attractions in San Francisco to spend the entire day at. Admire some of the most exotic animals in the world such as snow leopards, black rhinos, toucans, komodo dragons and so much more. They also offer free days for San Francisco residents. To save even more money, find street parking and bring your own food.

Lake Merced is home to four golf course — one public course and three private clubs. The public course, TPC Harding Park, sits at the center of the lake and hosts the annual San Francisco City Championship. The course has gained some recognition recently and has been announced as the host of the 2015 WGC-Cadillac Match Play Championship, 2020 PGA Championship and 2025 Presidents Cup. If you want to play a round here, rates start at $156 and golf carts are included.

If you’ve ever been around Lake Merced, there’s a good chance you’ve seen some people gliding around in the sky. If you ever want to take flight, then go check out The Fellow Feathers of Fort Funston. This club, located at the southwest of the Lake, manages all of the flying that takes place in the area. The downside is that they don’t teach how to hang glide, they only provide the grounds for it. If hang gliding is something you’ve always wanted to do, go get some lessons and head over to Fort Funston to take flight.

If you don’t mind being around a bunch of college students, then San Francisco State is the place to be. Under the Cesar Chavez building is another city where all the students go to unwind. The first level of the underground you can grab a beer at The Pub or catch a live concert at The Depot. If you’re feeling hungry go one more level down and find some of the best food including Ike’s Place and Nizario’s Pizza. On that level there’s also an arcade and pool tables that cost only $8 an hour. 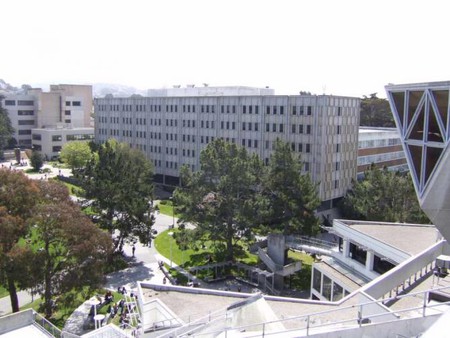 While you’re at San Francisco State, take a walk around campus and try to find all of the hidden art that the students hid. There’s no official list of installations, but there’s something around every corner. For example, there’s the tree stump that was carved in the shape of an alligator and the cracked human head.

If you’re looking for something a little more scenic, then check out Sigmund Stern Recreation Grove, a beautiful nature park a little north of Lake Merced. It’s a great park to bring your dog to or run around at. During the summer this park hosts a series of concerts — the Stern Grove Festival, the Big Picnic and Grove on the Road — and it’s completely free. No matter where you go in Stern Grove, it’s assured to be a relaxing environment.

Lake Merced is a beautiful place, but it has to potential to make you a beautiful person. Known as the Lake Merced Workout, free workout stations are positioned around the entire lake. The popular routine is to start anywhere on the track and run to each of the stations. Some of the stations include pull-up bars, elite rings and balance bars. The lake itself is a 4.5 mile loop. Putting all of this together will give you a great workout session. 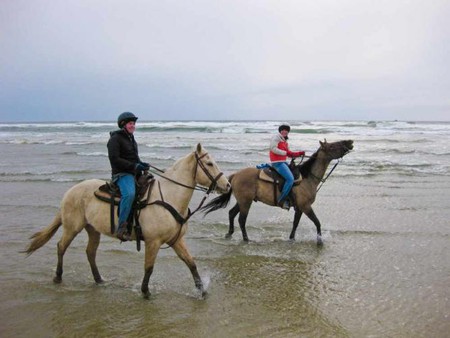 A horse back ride on the beach in San Francisco? Sounds like a dream. Mar Vista Stables will make this dream a reality. Starting at $50 for an hour, they will take you down to Ocean Beach for a relaxing beach exploration. Mar Vista also offers private lessons starting at $65 an hour and summer camp starting at $350 a week. Whether you’re looking for a romantic evening or something adventurous to do on some down time, horseback riding is something to check out.

If none of these things interest you then it doesn’t hurt to find your own trail. It’s easy to find a hike trail around Fort Funston National Park. There’s a narrow cave that shoots deep into the cliffs that not many people know about. There’s plenty to see when walking around Lake Merced.