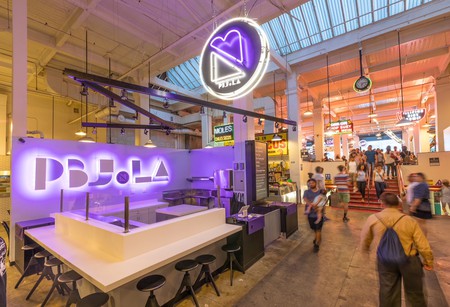 A favorite of childhood lunches, the PB&J is getting a gourmet update at PBJ.LA – a Los Angeles restaurant that specializes in unique takes on a classic sandwich. Though house-made, gourmet jams and nut butters are paired together, the sandwiches are still served sans crust to preserve that made-by-mom feel.

“Part of the concept was kind of a modern take on peanut butter and jelly, and part of it was a throwback to this old American idea of mom making you a PB&J on Wonder Bread, and cutting the crust off for you because you’re a kid, and you don’t like the crust,” owner Brad Greenberg told Thrillist. 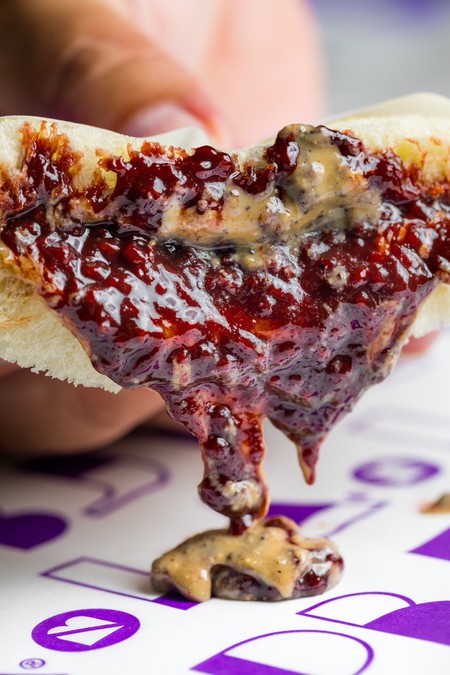 The idea to start a PB&J-centric restaurant came about when Greenberg and fellow co-founders Payvand Salehi and Jimmy Franklin met at the Sky Sport & Spa gym in Beverly Hills. Packed with protein, PB&Js are a popular workout food and also aligned with the trio’s preference for a plant-based diet. And so the idea was born.

After they made an impromptu pitch (also while at the gym) to restaurateur Adam Fleischman, their team expanded to four. Fleischman – the man behind the Umami Burger chain – helped further develop the concept and launch PBJ.LA as a 12-seat stall inside Grand Central Market.

Cut in circles with sealed crustless edges, the sandwiches look like another childhood throwback: Smucker’s Uncrustables. Though as Fleischman told the Los Angeles Times, those “are the frozen burgers version.”

Among the most popular menu items is the Red Eye, which pairs espresso peanut butter with dark chocolate raspberry jam, according to general manager Brandon Rizzo. Another highly sought-after rendition is the Ol’ Fashioned. Inspired by the cocktail of the same name, it combines salted pecan butter with a bitters-infused apple jam and orange zest. To further mix things up, there are also savory options, like the Italian – a combination of toasted pine nut butter with basil cherry tomato jam, balsamic vinaigrette, and smoked provolone. 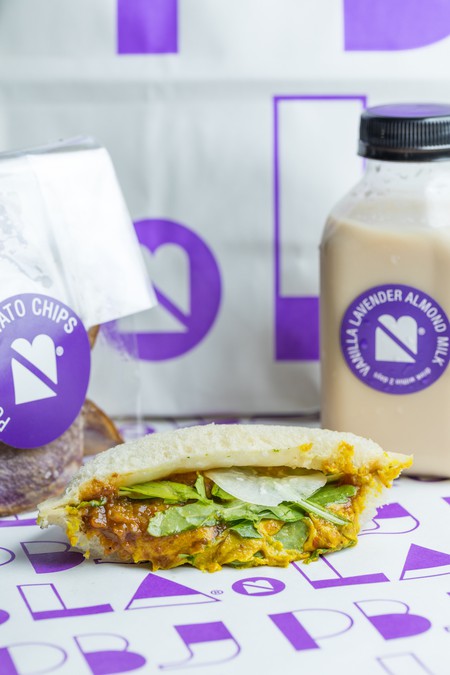 Prices for the sandwiches start at $5. In addition to the set menu items, specials are rotated through to test out new combinations. To drink, PBJ.LA sells flavored almond milk – everything on the menu is vegan.

For hours, and to view the full menu, visit PBJ.LA’s website.