This California Shop Will Repair Your UFO 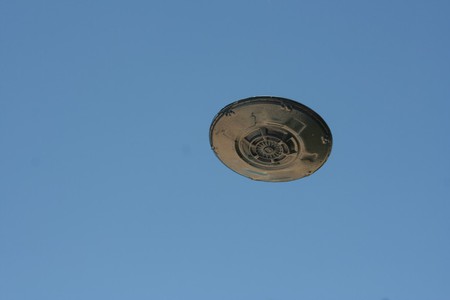 Those who believe that humans on Earth are not alone in the universe are in good company.

A recent survey shows that nearly half of Americans believe in UFOs. And those Americans who would like a gathering spot to indulge in their passion for the extraterrestrial need look no further afield from home than Coyote’s Flying Saucer Retrievals and Repairs, located along California’s Interstate 8. 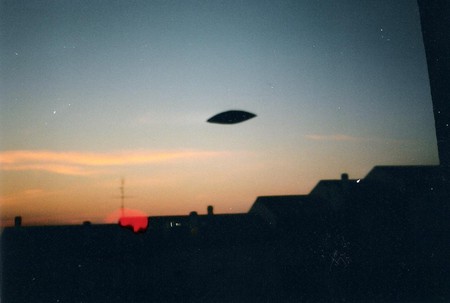 More than half of Americans believe in extraterrestrial life | © Davide / Flickr

Coyote’s owner—appropriately named Coyote—is a serious believer in UFOs and aliens. If you stop at his Flying Saucer Retrievals and Repairs, he will likely offer you the opportunity to climb in one of his “flying saucers” for a spin. And while the saucers don’t actually levitate, Coyote has fixed them up so that they can be driven around, which he might even let you do yourself if he likes you.

And re-tooling UFOs isn’t all that Coyote does. His passion for extraterrestrial life extends to screening alien-themed shows and movies like the X-Files and ET for the local community. His screening method of choice? Projecting the shows and movies onto a giant “asteroid” (actually a boulder) that he says the aliens “dropped off” for him. 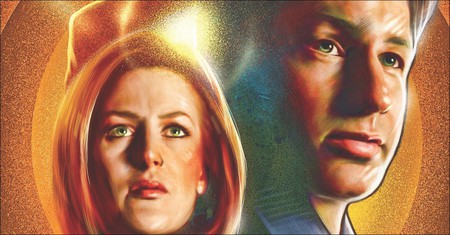 For those who think Coyote is simply playing up his belief in aliens in order to make a name for himself and his shop, the experiences of those who have met him belie a different story.

One commenter on Reddit wrote of his experience meeting Coyote:

“I actually met him once, and he’s either really […] loopy, or really committed to the joke. He claims that aliens frequently travel through a sewage pipe of some sort further down the road from where he has his little set-up. It supposedly acts as a ‘star-gate’; they activate it via a phone booth in front of a nearby construction rental company. […] He’s a really nice guy, but while talking to him, I couldn’t help but get that unsettling feeling I’d end up missing on an episode of the X-Files.” 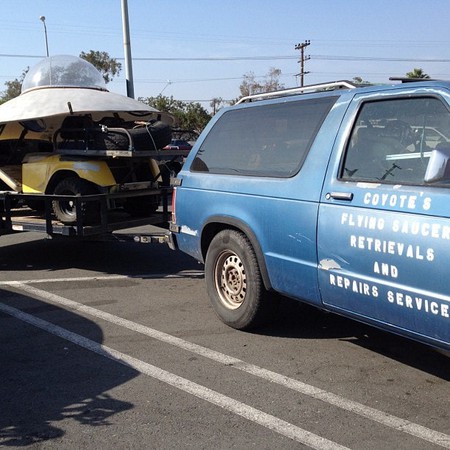 If you’d like to make up your mind for yourself and are willing to risk it, then take a chance on stopping by Coyote’s Flying Saucer Retrievals and Repairs. At the very least, you’re bound to get an unconventional ride.