This Billionaire Wants to Turn California Into Three States 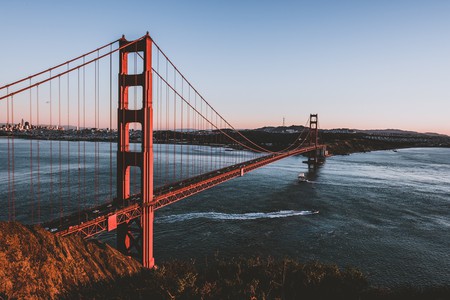 Under the proposal, San Francisco would become part of the new Northern California state. | © soomness / Flickr

This isn’t the first proposal to divide up California.

Come November, Californians will have a chance to vote on a radical proposal to divide the Golden State into three separate entities. Known as Cal-3, the initiative is the brainchild of billionaire venture capitalist Tim Draper, who previously tried to gain support for a measure to split California into six states.

While his prior initiative was unsuccessful, Cal-3 received over 400,000 signatures in its support this year and will appear on the November ballot. Here’s what you need to know about it.

Those who support Cal-3 say that California has become hard to govern because of its size, and economic and geographic diversity. “Three states will get us better infrastructure, better education and lower taxes,” Draper told the LA Times. “States will be more accountable to us and can cooperate and compete for citizens.” The new states would include Northern California, California, and Southern California. Here’s what they would be like:

Northern California: Would have a population of 13.3 million and include 40 counties in the Bay Area and Sacramento. Agriculture and high-tech manufacturing would be among the leading industries.

California: Would have a population of 12.3 million and include six counties, from Los Angeles to Monterey. Top industries would include motion pictures and tourism.

Southern California: Would have a population of 13.9 million and include 12 counties, stretching from San Diego to Fresno. Agriculture and varied manufacturing would be among the leading industries.

This qualification by the California State Office of Elections gives Californians an unprecedented opportunity to direct a more promising future for our communities. Join us! #votecal3 To read more about Cal 3, click the link in our bio. For media inquiries, please email info@cal3.com

Not likely. According to The Mercury News, an April poll found that 72% of California voters oppose the measure.

Even if voters pass Cal-3, it would still need to get approval from Congress, where it would likely face political opposition. If California were to split into three states, it would alter the current dynamics of Congress by adding four additional Senators to the mix.

It would also impact the electoral college. California’s 55 votes in the electoral college have historically gone to Democratic candidates, but Cal-3 would see those votes split among three states. And based on an analysis of past election results, the proposed Southern California state could become a swing state.

Has this happened before?

The last time there was a state division in the U.S. was when West Virginia split from Virginia in 1863, during the Civil War. But the idea of dividing California isn’t new. Since California became a state in 1850, there have been over 200 attempts to split California up, according to the LA Times.

Besides Draper’s previous attempt to divide California into six states, there was also CalExit, a campaign for California to secede from the U.S. following the election of Donald Trump as president in 2016. Most recently, an idea for a New California, which would divide the state in two, was backed by conservative figure Robert Paul Preston in early 2018. But come November, Cal-3 will be the only proposal for splitting California to appear on the ballot.