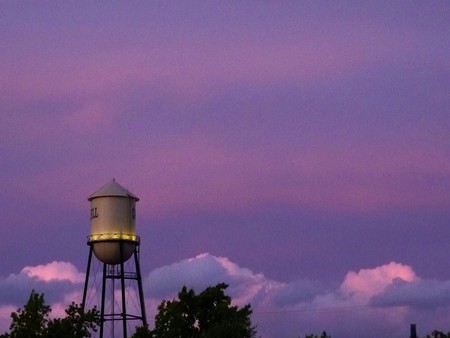 The Campbell Water Tower in the evening | © Miles Gehm / Flickr

Long before armchair detectives attempted to solve the latest true crime miniseries, or curious listeners followed along with murder-centric podcasts, a deadly mystery in the quiet village of Campbell, California, had everybody talking—in the surrounding Bay Area and across the country.

In the early morning hours of May 27, 1896, authorities were called to Colonel Richard P. McGlincy’s property a few miles outside San Jose where they found McGlincy, three of his family members, a domestic worker, and a ranch hand brutally murdered. James Dunham, the colonel’s son-in-law and the suspected killer, allegedly took a horse and escaped into the nearby hills. The authorities never found Dunham, but here’s a quick history lesson on the crime that sent shockwaves through Northern California at the time and continues to fascinate the region’s residents to this day.

Colonel Richard P. McGlincy was a big deal in the growing agricultural community of Campbell. Originally from West Virginia, McGlincy had served under Confederate general Stonewall Jackson in the Civil War and gone on to make a name for himself as a newspaper editor and dairy industry expert in the Midwest. He moved to the San Jose area after a divorce in 1887 and later married widow Ada Wells. According to author Tobin Gilman’s comprehensive just-published account of the massacre, The McGlincy Killings in Campbell, California: An 1896 Unsolved Mystery, McGlincy became a respected horticulturist in tiny Campbell. He hosted an exhibit featuring the prunes and apricots known to Campbell (also known as Orchard City) at the 1893 World’s Fair in Chicago. Incidentally, another famous mass murderer, H.H. Holmes of The Devil in the White City fame, was on the prowl there too. 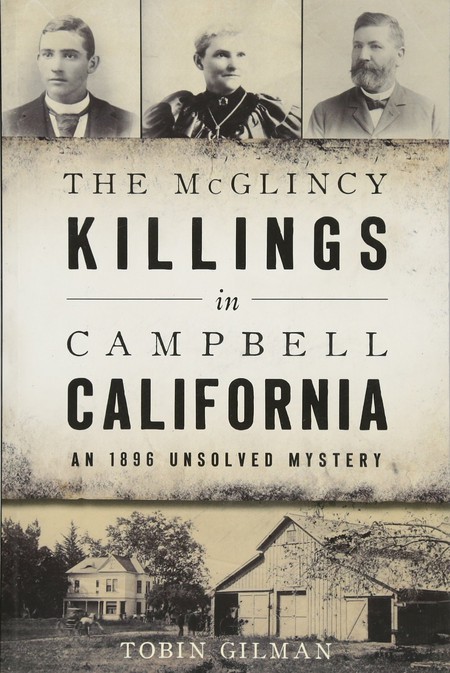 The McGlincy Killings in Campbell, California: An 1896 Unsolved Mystery | © The History Press

Nobody can confirm Dunham’s motivation to strangle his wife Hattie, shoot his father-in-law, his wife’s brother Jimmy, and ranch hand Robert Brisco, and take an ax to his wife’s mother Ada and servant Minnie Shesler. But neighbors heard shots fired at the McGlincy ranch and a few reported seeing parts of the killing in the yard, as well as Dunham, armed with a pistol, getting away on a horse. Another ranch hand working on the property hid and survived the attack, and Dunham and his wife’s three-week-old son, Percy, were left untouched. Percy later went to live with relatives in San Francisco. 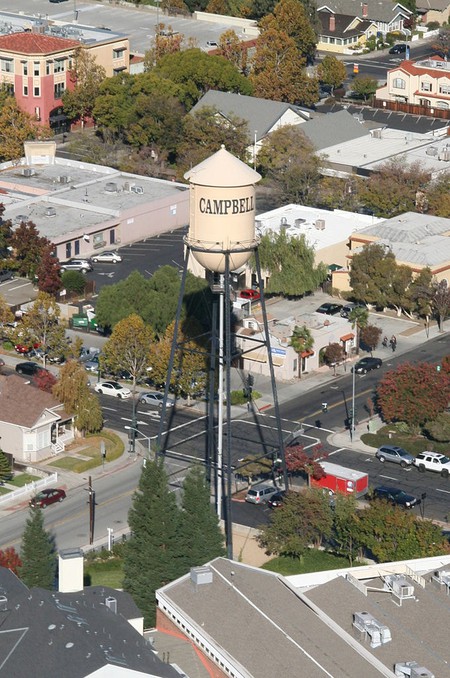 An aerial view of the Campbell Water Tower | © EricGOlson / WikiCommons

The killings launched sensational headlines in cities throughout California and the nation, and a massive national manhunt for Dunham, who was last seen headed toward Mount Hamilton with his horse. For decades following, people around the country claimed to have found Dunham or his remains. Someone was even arrested for the crime in 1908 (it was later proven they had the wrong guy). Many doubt that the real Dunham could have made it out of the mountains alive.

The McGlincy ranch where the crime unfolded was demolished in 1955. But the site was near the now aptly titled McGlincy Lane on the south side of town. More than a century later, the McGlincy murders still captivate the people of Campbell and Santa Clara County. In addition to Gilman’s new book, historic true crime author Douglas MacGowen also examined the killings in his writing and via a sold-out Ainsley House History Happy Hour event in Downtown Campbell. According to the San Jose Mercury News in 2015, MacGowen first took an interest in the famous crime when coming across the gravesites of its victims at San Jose’s Oak Hill Memorial Park Cemetery.

Across the tombstones, it reads: “Vengeance is mine, I will repay, saith the Lord.” 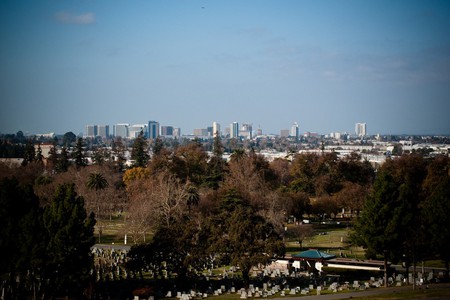