Then and Now: Can You Recognize San Francisco From These Old Pictures? 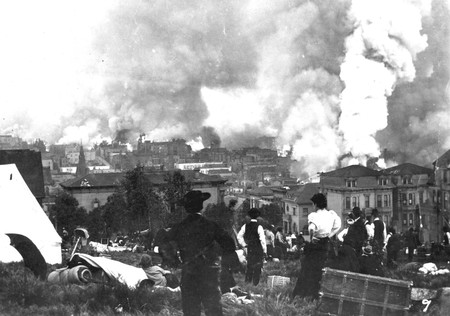 When compared to the rest of the world, San Francisco has undergone much change in a short amount of time. Founded in 1776, the City by the Bay has been through military presence, destruction, colonial building, creation, ruin, and both thriving and devastating times. The photos below showcase the changes that have taken place in San Francisco. Can you believe these then-and-now photos?

The Cliff House, first built in 1863, burned down twice, between 1850 and 1926. Also, Ocean Beach has seen 20 shipwrecks, including the infamous King Philip. Ocean Beach was a very popular site for recreation for many years. San Franciscans would stroll, sightsee, play all along the shores, and visit the Sutro Baths, a saltwater swimming complex that opened in 1896 and closed in 1966. 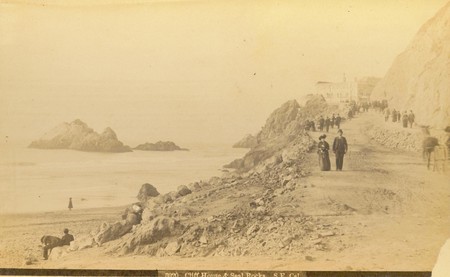 Today, Cliff House is still up and running as an incredibly successful and delicious restaurant. It overlooks the now Sutro Baths ruins and is part of the Golden Gate National Recreation Area. As for the King Philip, when the tide is at its lowest, you can occasionally see the hull of the unfortunate ship. 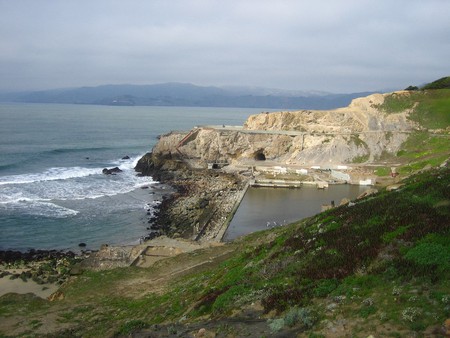 The Presidio was originally a Spanish fort. Juan Bautista de Anza located the site on March 28, 1776. Later that same year, the building of the Spanish military camp began, led by José Joaquín Moraga. Once completed, the Spanish outpost was given the name of the Presidio of San Francisco. 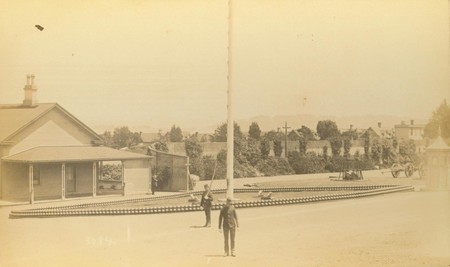 Upon the Presidio’s completion, Spain sent a garrison of troops to protect the outpost and the surrounding area. The garrison was responsible for guarding the nearby Mission, later known as Mission Dolores, and defending the area from the native Indians. By 1783, all that responsibility of the Presidio fell on the garrison’s 33 men. After Mexico gained independence from Spain, in 1835, the Presidio’s garrison moved to Sonoma, which left the Presidio under the care of only a small detachment. 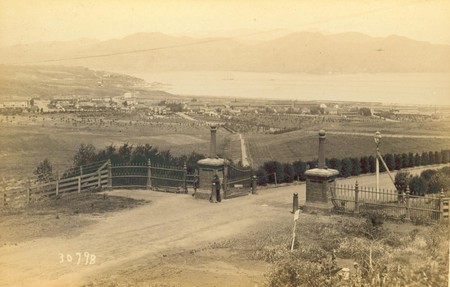 The 1,500-acre Presidio has retired its military roots and now serves as a major outdoor recreation hub. Tourists and locals come here for the hiking trails, golf course, and scenic views. It is now home to Baker Beach, the infamous Crissy Field, and is right next to the Golden Gate Bridge. There’s also more than just the military history left in the Presidio; historic buildings house the Walt Disney Family Museum, architecturally gorgeous homes, and even Star Wars franchise creator George Lucas’ media company, Lucasfilm. 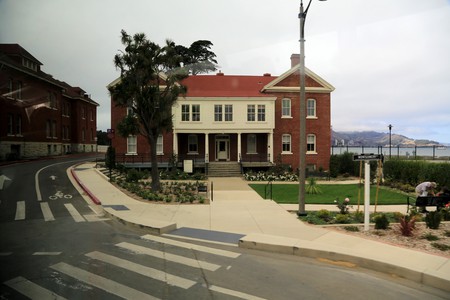 Embarcadero circa the 1950s

The Embarcadero, stretching along the Bay’s eastern edge, was once buzzing with trains, dock workers, and trucks. With its once grand piers, it was the face of San Francisco’s major trade industry. The Embarcadero provided citizens a glimpse of the ocean trade, giving way to an image of distant and exotic places. Its most iconic structure, the Ferry Building’s 245-foot (74.6-meter) clock tower, was completed in 1898. 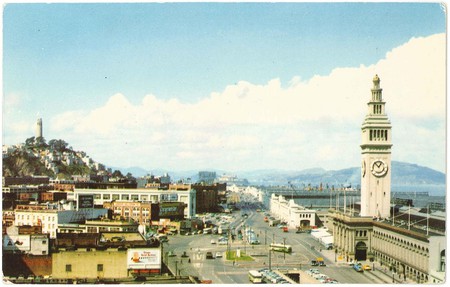 Nowadays, the buzzing along the Embarcadero consists of tourists exploring the many waterfront attractions. Those once grand piers filled with hard-working men now offer attractions such as the Exploratorium, ferries to Alcatraz Island, and many respected restaurants. The Ferry Building and clock tower still stand strong and is now a foodie’s dream, housing more gourmet eateries, shops, and a farmers’ market. 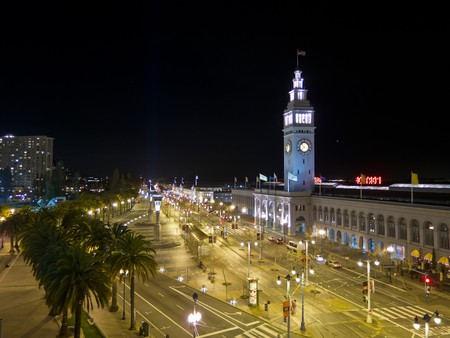 Golden Gate Park was a much-desired addition to the booming city life of the emerging San Francisco in the late 19th century. As the city grew, San Franciscans were left wanting a slight escape from their new metropolis life. The site originally consisted of miles of wild sand dunes and was referred to as the “Outside Lands” by residents. The park’s designer, William Hammond Hall, ignored much-given advice from both Chicago-based and Central Park’s designers and created Golden Gate Park to capture San Francisco’s independent spirit. 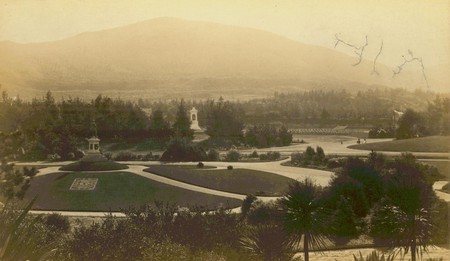 Golden Gate Park is just over 1,000 acres and has a wide variety of recreational activities, landmarks, and sights. The Bison Paddock is home to a herd of bison roaming the grounds; an archery field is open to the public to test their bow-and-arrow skills, and infamous sites, such as the de Young Museum and the Garden of Shakespeare’s Flowers, and many others, dot the area. It is the fifth most visited city park in the United States. 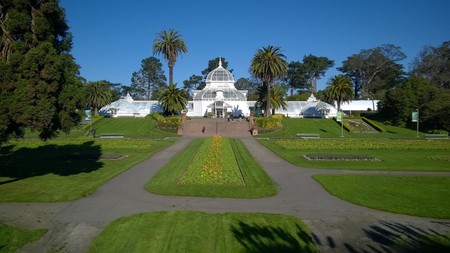 The Golden Gate Bridge, connecting San Francisco to the neighboring town of Sausalito, had to jump through many obstacles to get to its long-awaited opening. A team was put together in 1923 to oversee the bridge’s formation. The following years were filled with legal battles waged by the opposition; construction didn’t take place until early 1933. Amid the Great Depression, construction presented the chance for real employment, with the building crew having to brave treacherous conditions as the bridge took shape over the open ocean. The iconic Golden Gate Bridge opened to the public in 1937. 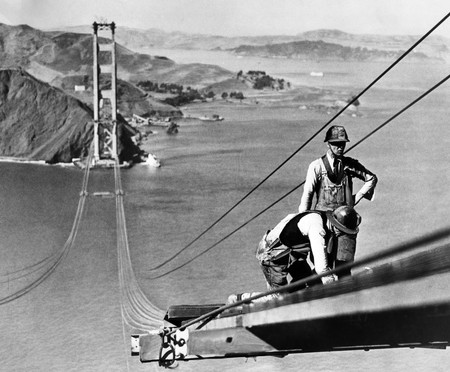 Picture dated October 1935 of the Golden Gate bridge, in the San Francisco Bay, during its construction. | © manhhai/Flickr

Some say that the Golden Gate Bridge is the most photographed bridge in the world. It has survived the destructive 1989 Loma Pieta earthquake and has only been closed to traffic three times in its first 75 years due to weather conditions. 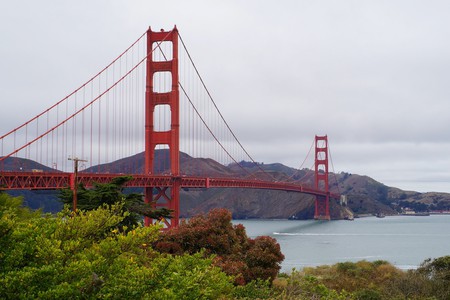 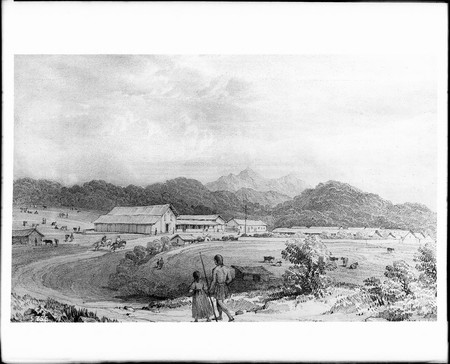 Today, the Mission San Francisco de Asís is now referred to as Mission Dolores, the oldest surviving structure in all of San Francisco. It is still an active parish and religious, cultural, and civic pillar in the community. 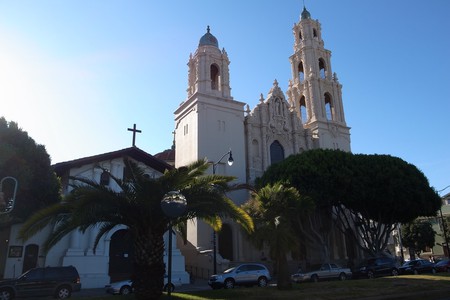 The devastating 1906 earthquake struck San Francisco on April 18th at 5:12 a.m. The magnitude was estimated to be 7.8, as well as a maximum on the seismic scale Mercalli intensity, measuring at XI (meaning extreme). Fueled by gas from gas lines, fires broke out almost immediately all over the city. Around 3,000 people died, and it destroyed over 80% of the city. The photo below shows downtown San Francisco’s destruction in the distance. 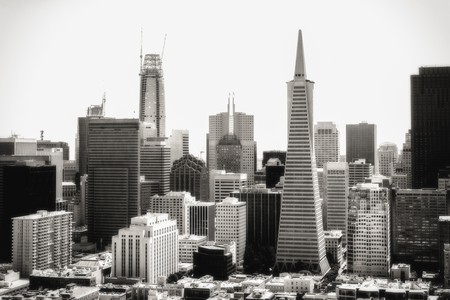