The Women’s Building: A Catalyst For Equality & Empowerment In SF 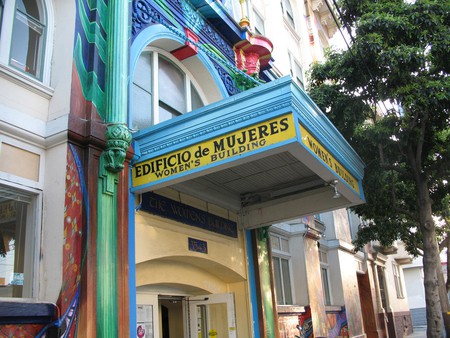 Near the corner of 18th and Valencia stands a four-story building colorfully adorned with scenes of resilient women throughout history, a striking reflection of the female empowerment being nurtured inside its doors. This, one of the most iconic representations of San Francisco’s Mission District, is the Women’s Building.

The Women’s Building is a space intended to bring women together to find the strength and confidence to better their lives and their community and one that provides the resources to help them do so. Its mission states: ‘The world continues to be a treacherous place for women and girls. Even here in the Bay Area, women have to fight against physical, economic, political and professional barriers, assaults, and forms of discrimination… [We are guided] by the belief that all women and girls have the right to safe, joyous and creative lives. Embodying that belief, the Women’s Building is a safe and welcoming place that facilitates the wellbeing of women, girls and families.’ 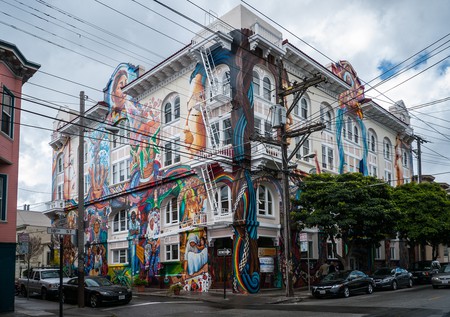 In 1971, in search of spaces to house local women’s projects like the national conference on Violence Against Women, a group of women founded San Francisco’s Women Centers. After several years of working out of a small office on Brady Street and struggling to find venues capable of housing such large-scale projects, the women bought Dovre Hall, a meeting hall and neighborhood bar, in 1979. The hall soon grew into the Women’s Building, the first community center in the country owned and operated by women.

Such a revolutionary concept was not welcomed to the neighborhood with open arms. Within its first year, the Women’s Building was deliberately set on fire, causing $50,000 in damages, and a pipe bomb exploded on the building’s front steps. 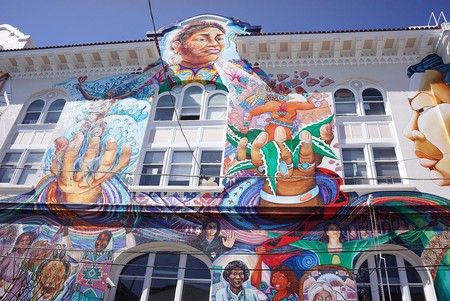 Still, the Women’s Building persevered. Unswayed by such threats of violence, in 1984, the building’s mission was declared in loud color as seven female muralists painted a tapestry of historic, courageous women across its walls. The MaestraPeace Mural expanded over two massive sides of the building, becoming one of the city’s largest murals. Since its creation, the mural has become an iconic piece of public art and even a tourist attraction, inspiring locals and visitors alike to come stand on the sidewalk outside the building and look up at the awe-inspiring, Amazonian women towering above them.

Today, the Women’s Building has grown to provide safe spaces and resources to 25,000 underserved women every year. A variety of services are available at little to no cost, including job search assistance, a computer lab, tech tutoring, a food pantry, wellness classes, legal help, tax services, and fingerprinting. The Women’s Building also actively works to support major community projects, like the fight for affordable housing in San Francisco and the reunification of unaccompanied minors from Central America. 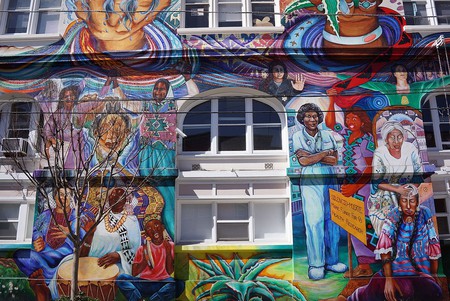 More of the mural | © Plateaueatplau/WikiCommons

Throughout its history, the building has supported more than 170 organizations working on bettering the lives of women, some of the most prominent including La Casa de las Madres, The Women’s Foundation of California, and Lavender Youth Recreation & Information Center. Today, there are nine other nonprofits housed in the Women’s Building, working both individually and together to foster female empowerment, including the Cooperative Restraining Order Clinic, the Immigration Center for Women & Children, and San Francisco Women Against Rape.

If you’re looking to get involved at the Women’s Building, apply to volunteer or check out the calendar to attend an upcoming event.