The Ultimate No-Car Guide to LA 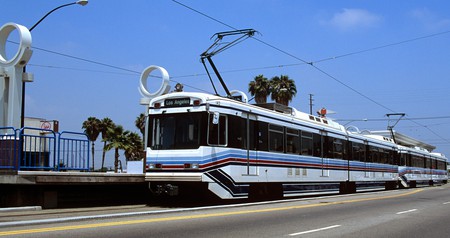 Los Angeles spans over 500 square miles (1,295 square kilometers), which leads most to think that getting around the city by car is imminent. But driving a car guarantees plenty of time sitting in traffic and looking for parking, so why not explore LA without one? Here are some tips for exploring the City of Angels without wheels of your own.

Get to and from the airport with LAX FlyAway 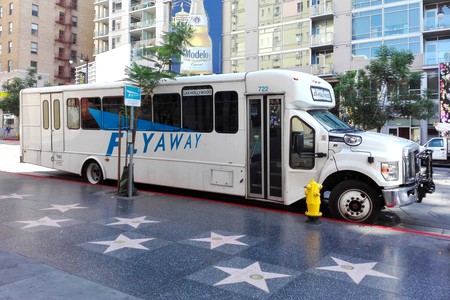 Traveling to and from Los Angeles International Airport is an event in and of itself. The LAX FlyAway bus is the most economical option; you won’t pay more than $10 to any of their six destinations, which include Hollywood, Downtown and Westwood. The bus makes no stops along the way, and schedules on the routes vary from once every half hour to once per hour (be sure to check times in advance). For passengers arriving at LAX, the pickup area is clearly labeled in each terminal, and you can pay for your ride with a debit or credit card.

There are certain situations in Los Angeles where you’ll just wish you had a car, and that’s when it’s time to bust out a ride-sharing app. Uber and Lyft connect you with local drivers nearby with the tap of a button, which is much more convenient than trying to call a traditional taxi. Prices vary based on demand, the location of your pickup, and your destination. There are budget choices within these apps, too. Simply select the “pool” option to get paired up with other users headed in the same direction, and your ride will be cheaper.

Although you can’t escape the traffic with ride-sharing apps, you won’t have to worry about parking in neighborhoods like Hollywood and Venice where it’s notoriously bad. 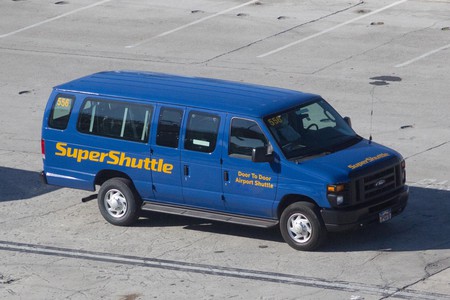 If you want something more direct and are willing to spend a little more, SuperShuttle and Karmel serve the Southern California area. You’ll purchase a seat in a shared ride van (the price depends on where you’re going), and the driver will take you to your final destination (possibly making stops along the way to drop off fellow passengers). You can make reservations, adding to the convenience factor. Alternatively, follow the signs for “Shared Ride Vans” at LAX arrivals and an attendant from the company will help you reserve a spot.

Take the bus throughout the city 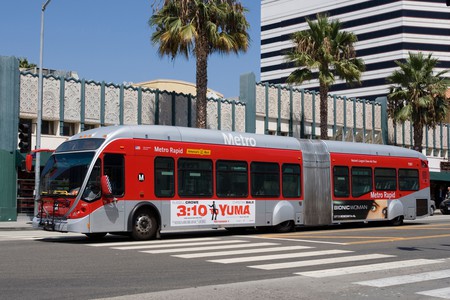 Los Angeles has a robust bus network that often gets overlooked. The Metro Bus System alone has 200 different lines, but you can also use DASH buses, Santa Monica Big Blue Buses, and other municipal bus systems depending on where you are. A single fare costs $1.75, which you can pay in exact change when you board. You can also purchase passes on a Metro LA TAP card (available at certain vendors and all vending machines in the city). This plastic card costs $1 or $2 depending on where you purchase it, and it allows you to load a fare amount.

Bus stops in LA vary from covered seating and single benches to a small sign with the route number served. Because the city isn’t based on a grid system, it’s helpful to have a map (or use one of the direction apps mentioned below) to figure out the most efficient route.

Get directions for public transit with handy apps

If you’re unsure how to get where you want to go by public transit, the Google Maps or Transit app will provide you with instructions. They enable you to locate your destination stop and give specific information on which lines to take, where to transfer, and real-time departure information.

Hop on the Metro 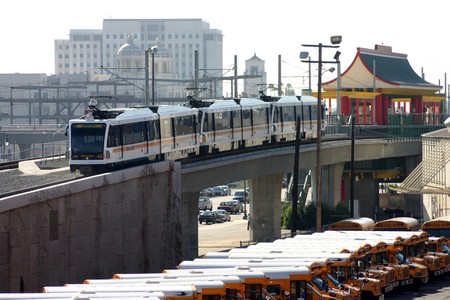 The LA Metro rail’s six train lines provide an incredibly efficient way of seeing certain parts of the city. Don’t let anyone tell you people don’t take public transit in Los Angeles – this is the United States’ third-largest public transit system by ridership. The major city centers – Downtown, Hollywood, Koreatown, Culver City, Long Beach, Pasadena and Santa Monica – all have connections with the train. Places like Santa Monica recently gained train service, and there are a number of projects underway to make LA even more accessible by the Metro.

If your places of departure and arrival are on a train line, it’s almost always a more efficient way to go than the bus. Some lines are underground or elevated so that they zip past road traffic, which is especially useful during the morning and evening rush hours. Trains start around 4am and run until midnight on weekdays and until 2am on weekends. 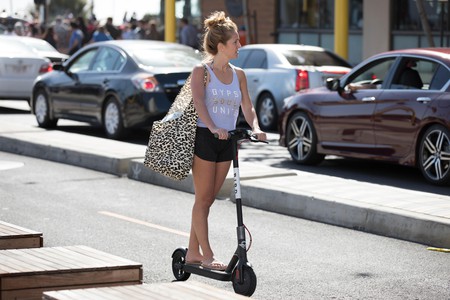 New on the LA transportation scene are dockless scooters like Bird and Lime; even Uber and Lyft are joining the game. All you do is register through the app, scan the scooter you want to ride, and hop on. You can cruise around at a cool 15 miles per hour or less, often passing lines of cars backed up in traffic.

There are caveats. All of the apps instruct you to wear a helmet. However, it’s not provided, so you’ll need to bring one. Because dockless scooters are motorized, you’re not allowed to ride them on the sidewalk. The reaction to them has been mixed, with some neighborhoods, including Beverly Hills, banning them, so check the app’s map to ensure your destination is scooter-friendly. Otherwise, these vehicles are perfect for bike lanes and side streets when you have a mile or two to go and don’t have a car.

Prices vary, but you can expect to pay a small base fee of around $1, and then you’ll face a per-minute charge of $0.15. When you arrive at your destination, place the scooter in a bike parking area, up against a parking meter, or somewhere off private property and the pedestrian walkway.