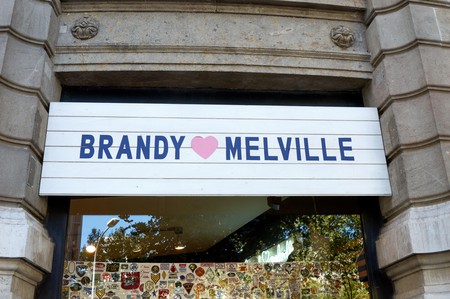 Los Angeles is consistently putting itself on the fashion map with designers, celebrities and bloggers reinforcing its status as a style-forward destination. Once considered just a jeans city, the brands that thrive here have expanded this base while still keeping true to the casual cool, quintessentially American vibe of California culture – and it rivals New York in terms of local production. Here are the LA clothing brands that will help you channel some Golden State cool.

Every millennial woman growing up in LA has gone through a phase where she only dressed in Brandy clothing, from head to toe. Nearly all the clothes come in a “one-size-fits-all” style but are extremely soft and stretchy – perfect for those laid-back beach vibes. The boutique brand got so popular in Southern California that fellow California clothing brand PacSun has started carrying Brandy clothing in its chain stores across the nation.

Originally owned by J. Crew, billions have been invested in developing this most classic of LA clothing brands. The brand’s strength lies in its high-quality denim line, and it has denim design studios across Los Angeles – known by many as the denim capital of the world. Madewell clothes manage to be both trendy and classic at the same time, making them a staple at an affordable price. 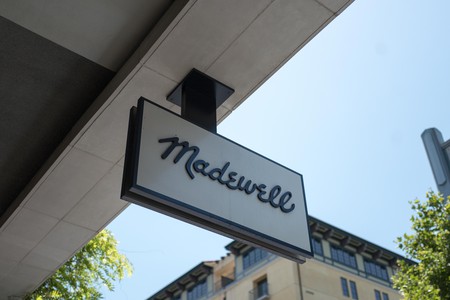 As its own answer to fast fashion, Reformation is a Los Angeles clothing brand that seeks to create one-of-a-kind pieces from repurposed clothing and materials, as well as favoring natural fibers that have a low impact on the environment, and rarely using those that are a big drain on resources. Every collection is unique and limited, giving the brand’s go-to dresses, tops, jeans, sweaters and bridal collections a vintage feel. They also track the environmental impact of everything they make and use only recycled materials for their packaging – truly trying to reform the way we think about fashion in the future. 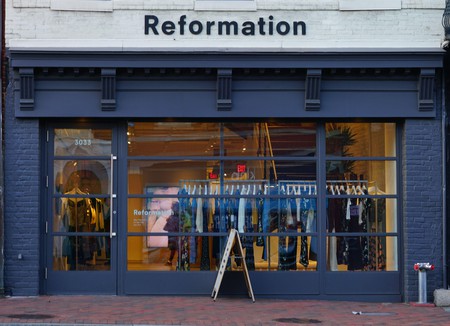 One of the most chill swimwear brands around, Vitamin A has a focus on simple style and also sells stylish loungewear. Vitamin A’s chief designer Amahlia Stevens is a true California girl, from Laguna Beach. She created the “California cut” bikini bottom that sits on the hip and is a signature of the brand. Vitamin A is also committed to sustainable fashion, using recycled nylon fibers and making products in California to reduce emissions.

Masters of the basic T-shirt and tank top, this cult brand’s key pieces have been featured in branches of Nordstrom and Urban Outfitters. Their project is simple – to produce comfortable, retro women’s clothing at reasonable prices. Everything they make is Americana-inspired, produced in LA and crafted out of super gorgeous fabric.

One of the best-known California clothing brands, American Apparel was actually founded by a Canadian, Dov Charney, in 1989, who started off selling blank T-shirts. It’s become known for its blank-slate hipster look, but is more than just a clothing brand and has run advertising campaigns supporting LGBTQ rights, as well as closing its factory in 2002 to let workers join a pro-immigration rally. The company started making products abroad in 2017, following financial problems, but promises customers they are “ethically made.”

Pronounced “ruka,” which can be translated as “clothing” in Greek, this conceptual streetwear brand was started by a native Hawaiian and is now based in Costa Mesa. The brand is closely tied to skate, street and surf culture, and the company also puts its money where its mouth is and sponsors many artists and athletes involved in the sports that inspire this clothing style.

The edgy, graphic designs are the product of another skateboard giant originally started in San Francisco. They’re best known for their minimalist flat brim hats and their totally flamboyant sock designs. They do have a flagship store on Fairfax, which is a haven for any hipsters looking to stock up on their Los Angeles clothing brands.

Nasty Gal may have been founded in New York, but this cutting-edge womenswear giant has recently planted firm roots in LA. Last year, two flagship stores opened, in Santa Monica and West Hollywood, in addition to the storefront on Melrose, and this brand is steadily growing online, too. #Girlboss Sophia Amoruso is an Angelena now. 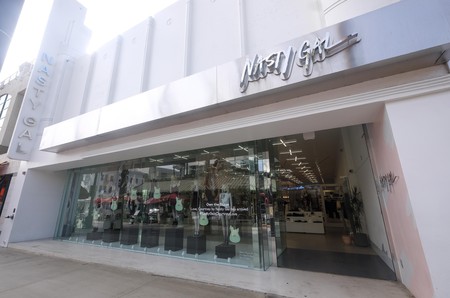