The Top 10 Things To Do & See In SF's Russian Hill 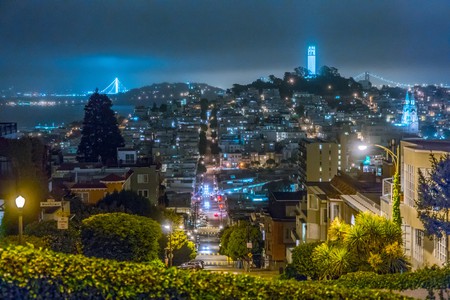 Russian Hill’s namesake inclines pose a serious test for both lungs and legs, but those who brave blisters to explore this historic neighborhood will find that its incredible views, eclectic shops, memorable restaurants and signature San Francisco attractions provide plenty of places to rest between climbs.

Head to Polk Street, one of Russian Hill’s main thoroughfares, to browse a diverse collection of shops and boutiques. Ferme à Papier carries designer Cat Seto’s gorgeous hand-illustrated planners, art prints, stationery and more. Anyone hunting for vintage goods and quirky new items will appreciate the connected shops Belle Cose and Molte Cose, where manatee tote bags are stocked alongside retro barware. Every historic neighborhood needs an independent bookstore, and Russian Hill Bookstore fulfills that requirement here. In addition to new and used books for children and adults, the shop sells vintage sheet music that begs to be framed as wall art. 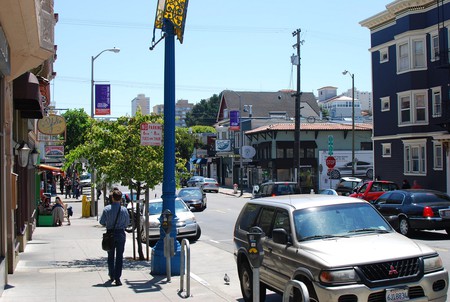 It’s hard to believe that Saint Frank Coffee’s minimalist, Scandinavian-inspired interior is steps away from bustling Polk Street. Unadorned white walls meet warm wood countertops notably uncluttered by machinery, which stays hidden below. But there’s more to admire than the open, airy space. Saint Frank covers every coffee craving, from pour over to filter to espresso, and the staff’s unfailing friendliness never seems forced. There’s plenty of seating thanks to the loft space above, so stay for a while and savor the calm. 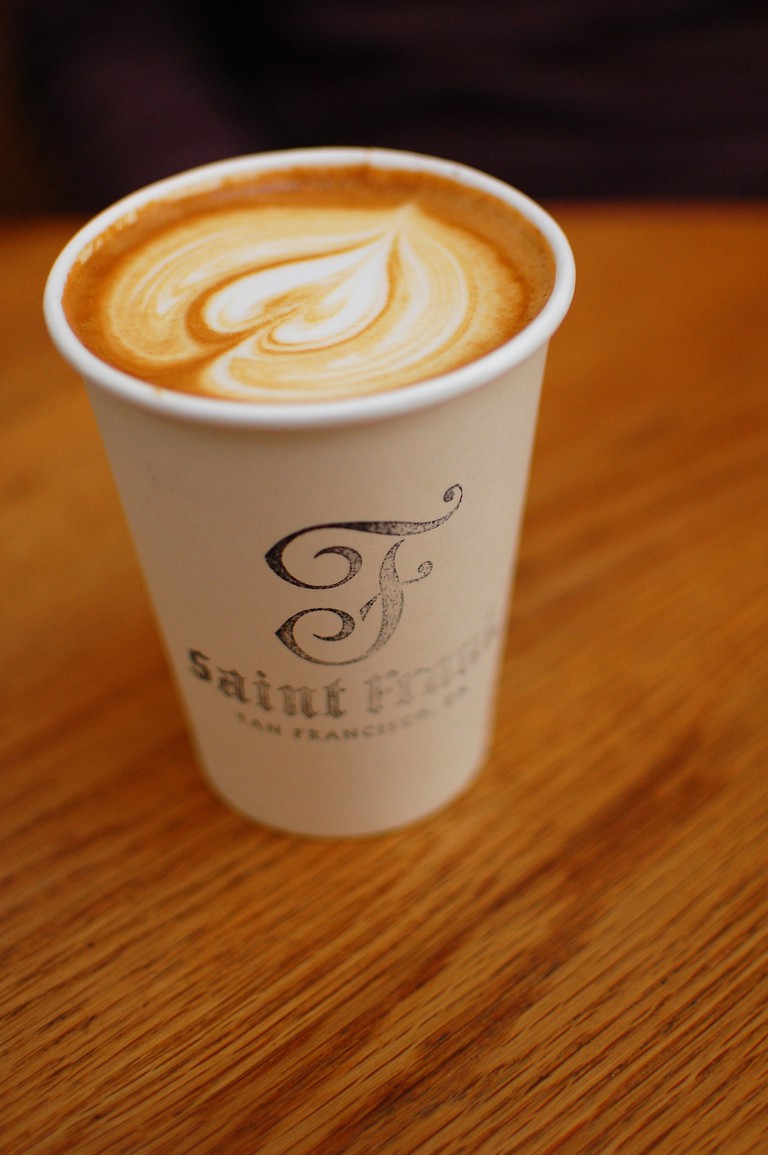 Sticklers will point out that it’s neither the steepest nor the most crooked street in the city, but the architecture, gardens and brick-paved switchbacks on Lombard Street between Hyde and Leavenworth make this block a classic San Francisco photo op. Expect crowds, but don’t skip this stop. Go to watch the cars brake and snake their way down the picturesque street, dodging the boldest passersby who jockey for prime photo positioning between vehicles. 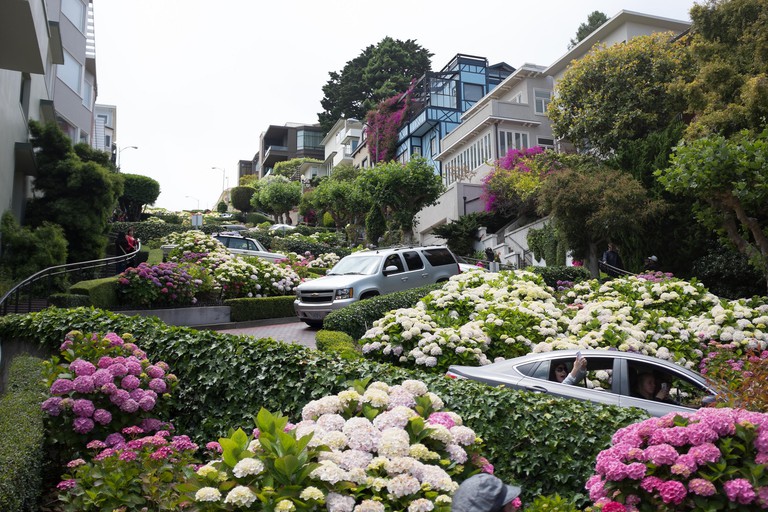 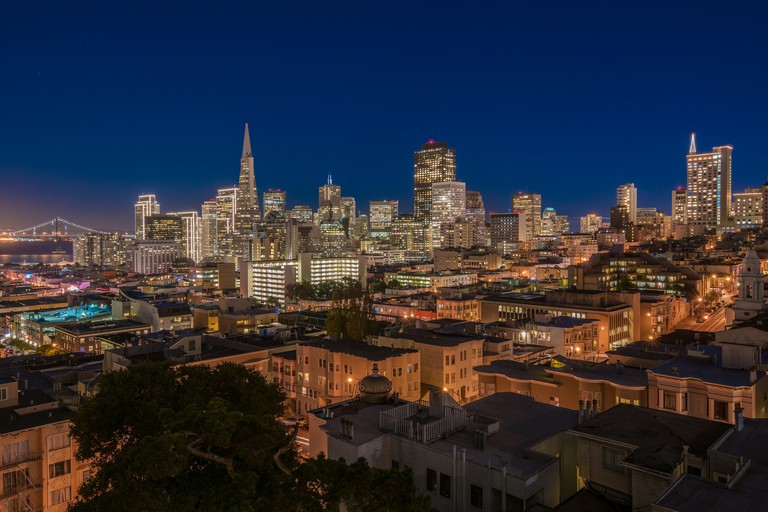 View from Ina Coolbrith Park | © Jiuguang Wang/Flickr
Perched at the intersection of Vallejo and Taylor streets, Ina Coolbrith Park is named for a poet and librarian who became a fixture of the Bay Area literary community. This terraced park makes up for its lack of size with sweeping bay and city views. Sit on a garden bench and gaze out at Coit Tower, the Bay Bridge and the downtown skyline. Day or night, it’s an impressive scene.
Open In Google Maps
Vallejo & Taylor, Russian Hill, San Francisco, California, 94133, USA
+14152740291
Give us feedback

For some people, cheese is a food group. At Cheese Plus, those folks will feel right at home. Take a number at the counter to have gourmet cheeses and cured meats sliced right in front of you, or order a specialty sandwich freshly made on-site. While you wait, browse the selection of quince paste, honeycomb, crackers and more on hand to complete your cheese plate. 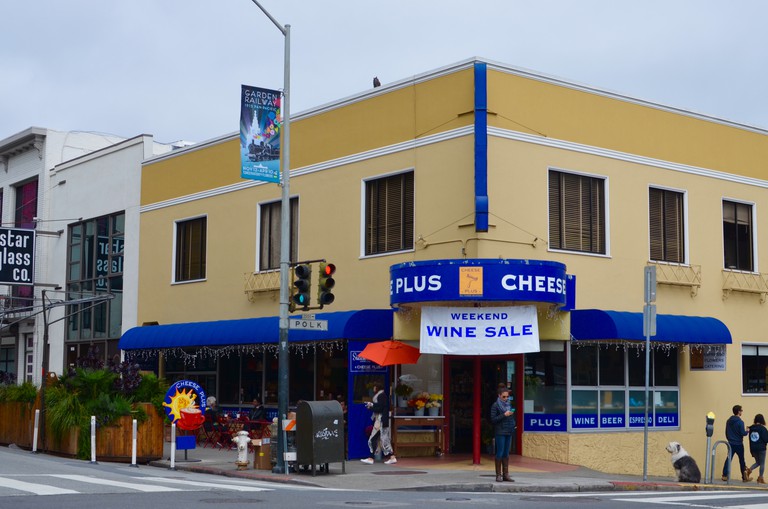 Cheese Plus | Courtesy of Courtney Peter

In 1948, the first Swensen’s ice cream store opened at the corner of Hyde and Union streets. Swensen’s is now a worldwide chain with more than 300 ice cream shops, but the original location still feels like a family-run ice cream parlor. Its corner sign is a neon beacon of nostalgia, and the wood-paneled interior and all-white staff uniforms reinforce the theme. The menu includes modern flavors such as green tea and lychee alongside standbys like rocky road. Grab a cone or cup to devour right away, or take home a hand-packed pint or quart to stash in the freezer.

Visitors can explore portions of the San Francisco Art Institute’s Chestnut Street campus. In the Diego Rivera Gallery, a mural by the famed Mexican artist covers one entire wall. Rivera both started and finished the work, titled The Making of a Fresco Showing the Building of a City, in May 1931. New projects by SFAI artists are also displayed in the space. Other public areas include a courtyard, a café and a rooftop patio offering stellar views of Alcatraz, the bay and more. 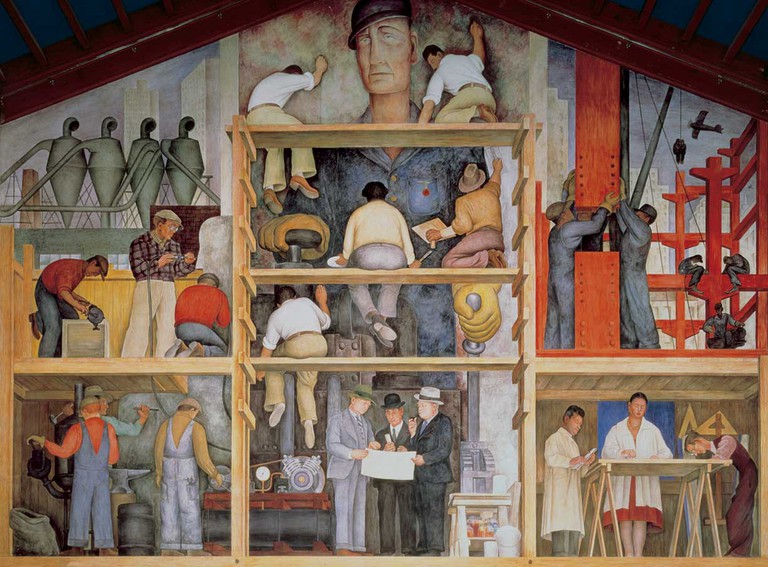 Stones Throw promises inspired fare and spirited cheer and delivers both with a complete lack of pretension. Plan ahead to get a table for dinner or brunch, or drop by the bar for an impromptu drink. The beer and wine lists, nearly equal in length, are divided into categories including Bitter Beer Face and I’m Not Drinking Freaking Merlot!!! The dinner menu highlights the adaptability of the kitchen staff, which executes delicate dishes such as ricotta and nettle ravioli as expertly as it does a messy, meaty burger and loaded baked potato tots. Translation: try everything. 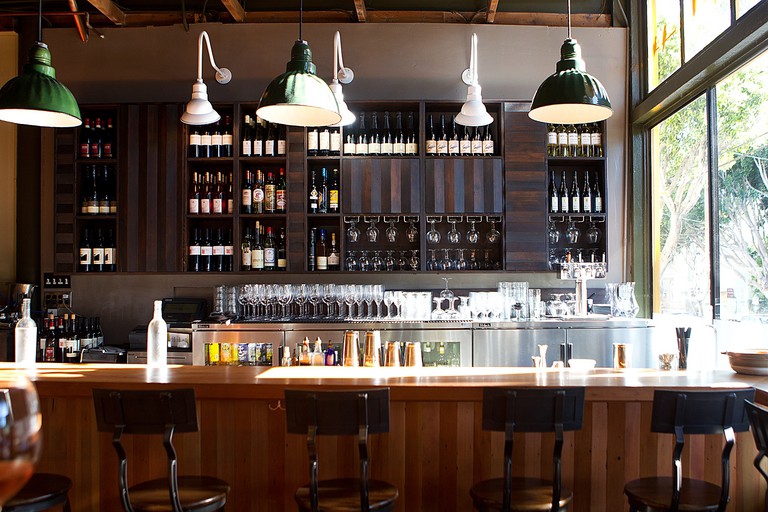 The fact that wineglasses at Union Larder are at least three times bigger than the water glasses gives a clear indication of this wine bar’s priorities. With several wines on tap and many more available by the half glass, glass or bottle, there’s a match for every palate here, and a knowledgeable staff to offer expert guidance. Stay for a nibble or a meal. The menu includes cheese, charcuterie, small bites and entrées, and each dish is assembled with exacting detail. Pay special attention to anything billed as house made. Union Larder fills up quickly at night; drop in for lunch Thursday through Sunday to avoid peak crowds. 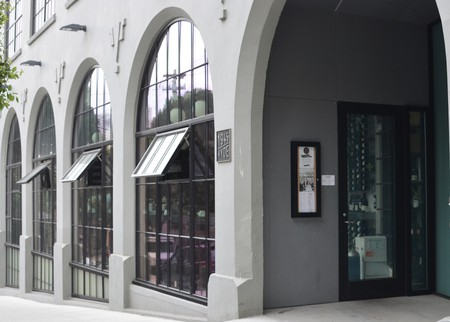 With many bars clustered around Polk and Hyde streets, there’s plenty to do in Russian Hill after dark. For cocktails, try Tonic, which holds trivia night each Wednesday at 8 p.m. Bacchus can ably satisfy a thirst for either wine or sake in a cozy, intimate setting. On Van Ness Avenue, newcomer Ho’s Bootleg Tavern fulfills the sports bar niche with the bonus of elevated bar food, much of it with an Asian-inspired twist. 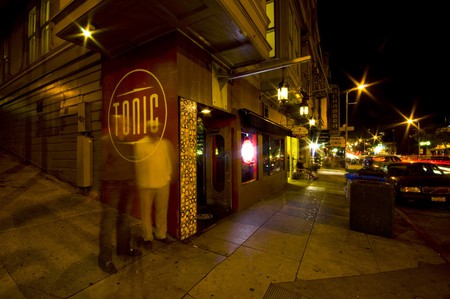 After spending a decade as a magazine writer and editor in Washington, D.C., Courtney relocated to San Francisco. She works as a freelance writer from her home base in Nob Hill and spends her free time tracking down the city’s best latte, cooking at home, and exploring the Bay Area’s restaurants and parks.