The Top 10 Things To Do And See In Los Feliz 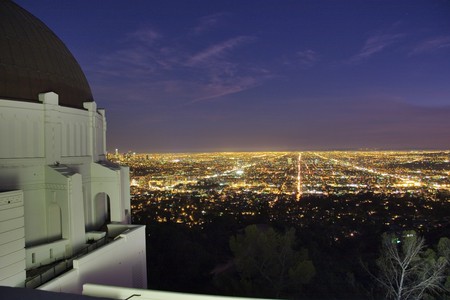 Nestled just east of Hollywood, the Los Feliz neighborhood swaps the Hollywood hustle and bustle for a chill community full of must-see hidden gems. With a quaint shopping area, plenty of culture and amazing outdoor destinations, check out the top ten things to do and see in Los Feliz.

Autry Museum of the American West

The Autry Museum seeks to preserve the history of the American West and houses an extensive collection of Native American artifacts. Located in Griffith Park, the museum was co-founded by ‘singing cowboy’ and actor Gene Autry and opened in 1988. With permanent and rotating special exhibits, visitors can cultivate an understanding of Western culture through exhibits and cultural events including family activities, film screenings, lectures, music, and other performances. In addition, the Autry oversees the Southwest Museum, located in northeast Los Angeles, at its Mt. Washington Campus. 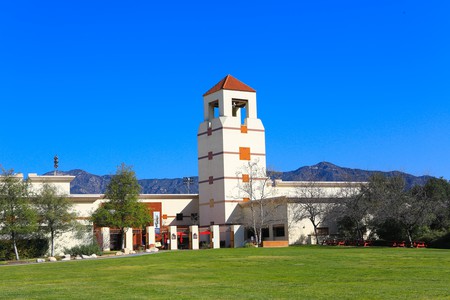 Located east on Hollywood Boulevard, Barnsdall Art Park is an amazing cultural destination. Within its boundaries, visitors can see Frank Lloyd Wright’s Hollyhock House and the Los Angeles Municipal Art Gallery, sign up for an art center class, and catch a show at the intimate Barnsdall Gallery Theatre. Barnsdall also offers fun year-round events, such as summer wine tastings and outdoor movie nights. The land on which Barnsdall Art Park sits was a gift from Aline Barnsdall in 1927 to the city of Los Angeles. The only stipulation was that it remains a public park. 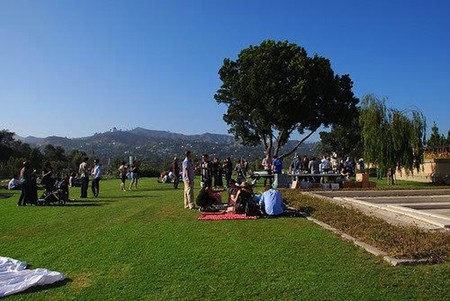 Los Angeles is a hot destination for live music, and the Greek Theatre in Griffith Park offers the perfect outdoor concert destination. The 5,900-seat amphitheater opened to audiences in 1930 and has hosted artists from Frank Sinatra to Sir Elton John to Lorde and Alabama Shakes. With the scenic hills as its backdrop and plenty of food and beverages, catch a spring or summer concert at the Greek while you watch the sunset. 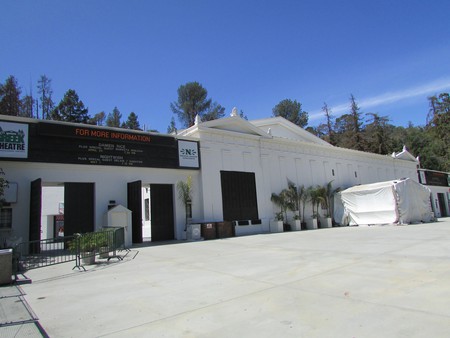 The Griffith Observatory makes just about every Los Angeles ‘must-see’ list, and for good reason. High atop a hill in Griffith Park, the Observatory features stunning views of Los Angeles. Climb the stairs to the Observatory’s roof for panoramic views of the city, and when it gets dark out, look up at the stars through the public telescopes. The museum offers free admission and educational exhibits on astronomy, plus, you can catch a show in the Samuel Oschin Planetarium.

Visit Griffith Park Merry-Go-Round for outdoor fun, a playground, and entrances to Griffith Park’s hiking trails. Built by the Spillman Engineering Company in 1926, it made this space its home in 1937. The 68 horses are hand-crafted, and the Stinson 165 Military Band Organ plays more than 1,500 nostalgic tunes. According to Los Angeles, this Merry-Go-Round inspired Walt Disney to create Disneyland. Film and TV buffs will also enjoy a visit, as this ride has made appearances in Teen Witch, CSI, Rizzoli & Isles, Castle, Melrose Place, House, and more. 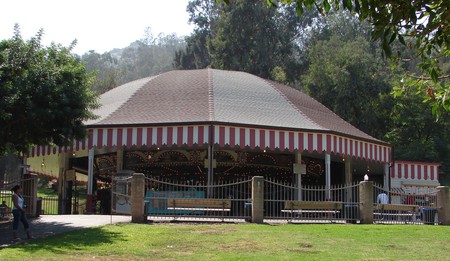 Two examples of Frank Lloyd Wright’s architectural legacy are located in Los Feliz, Hollyhock House, and Ennis House. Ennis is privately owned, but Hollyhock House is open for tours. The first of Wright’s Los Angeles projects, Hollyhock was built between 1919 and 1921 and was originally planned as part of a compound that would include a private residence, theater, actor housing, and shops. Only three buildings were ever built, and only one remains today. Rich with history and beautiful architecture (both indoors and outdoors), patrons can stop by for self-guided or docent-led tours. 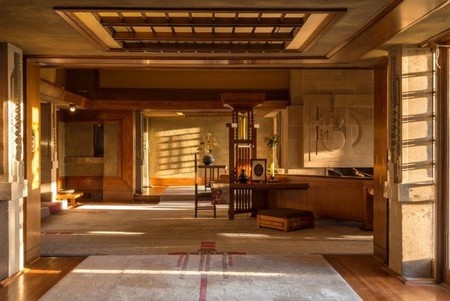 Opened in 1986 by art collector Billy Shire, La Luz De Jesus Gallery is unlike any other gallery. Featuring post-pop art that brings counter-culture to a wider audience, La Luz De Jesus showcases a variety of mediums, including acrylic, oil, charcoal, velvet, sculpture, and various other types of mixed media. In addition to edgy and modern art, a robust event calendar with artist signings, sales, and parties mean you’re never far away from a visually stunning experience. 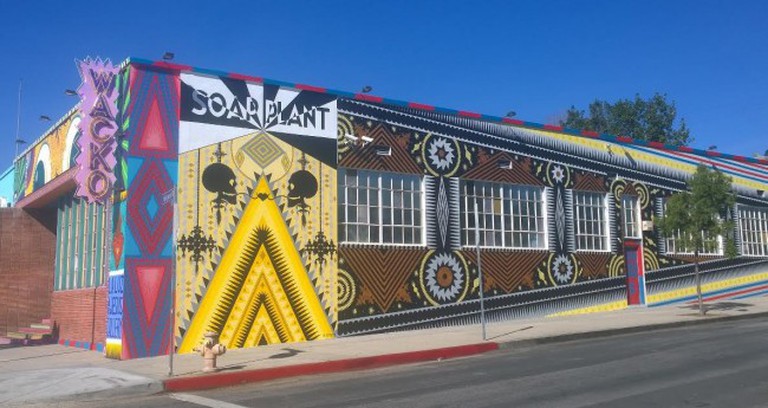 The Los Angeles Zoo and Botanical Gardens houses more than 1,100 animals that represent 250 different species. Special exhibits include an indoor LAIR (Living Amphibians, Invertebrates, and Reptiles), Campo Gorilla Reserve, and the zoo’s largest exhibit, the Elephants of Asia. Its current (and fourth) location inside Griffith Park ensures its animals have the best possible habitat while the zoo serves as an inviting and educational destination for humans. With a special focus on conservation and endangered species, the Los Angeles Zoo is a one-of-a-kind spot perfect for animal lovers of all ages. 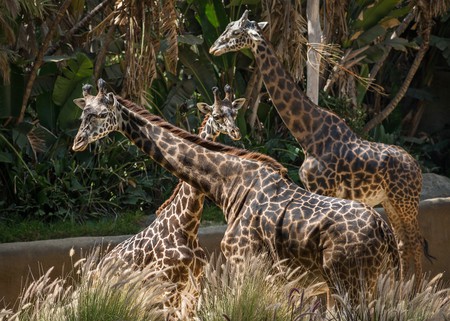 Directly in the heart of Los Feliz’s quaint shopping district, Skylight Books has been a neighborhood favorite for years. Skylight hosts an exceptional book selection with a special focus on music, art, film and theater in the next-door Arts Annex, as well as a healthy selection of graphic novels and much more. They also host book groups and attract authors for regular events. Skylight Books’ convenient location ensures you can pick up coffee and a bite to eat before heading inside to find your next great read. 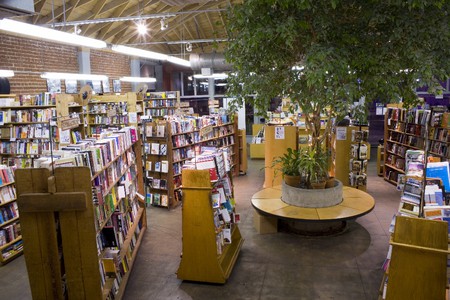 Vista Theatre may only have a single screen, but it has tons of glamor and personality and is always playing the hottest films. The Vista Theatre, which opened in 1923, sports an Egyptian motif and remains a must-visit destination for locals and tourists alike. While waiting for the film to start, view the collection of celebrity hand and footprints in the lobby from an eclectic collection of stars, including Elvira, John Landis, and Joseph Gordon-Levitt. Vista Theatre provides remarkable Hollywood history without any hassle.

The Vista Theatre 03/07/2009 Photo by Russell Gearhart www.gearhartphoto.com russell@gearhartphoto.com 714-272-8645 Terms of Usage: Rights are granted by Photographer to Five Star Theatres to use of image for promotional purposes with photo credit. Such rights have no expiration. Additional usage rights are subject to negotiation.
Give us feedback