The Top Things to Do and See in Downtown Los Angeles 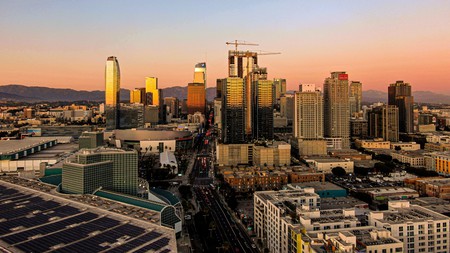 If you’re in search of a day out in Downtown Los Angeles, here are some places you should definitely check out. From the contemporary art at MOCA to the Mexican candy stores of Olvera Street, let us facilitate your next DTLA trip.

Some consider adventures to be only those places far from their reach, but that doesn’t always have to be the case. So many new foods and destinations can be found in your local neighborhood, and what better place to start than in the heart of Los Angeles. We’ve curated a special food tour of LA right here, but for a general idea of things to do and see in DTLA – whether you’re a first-time visitor or a local – read on. 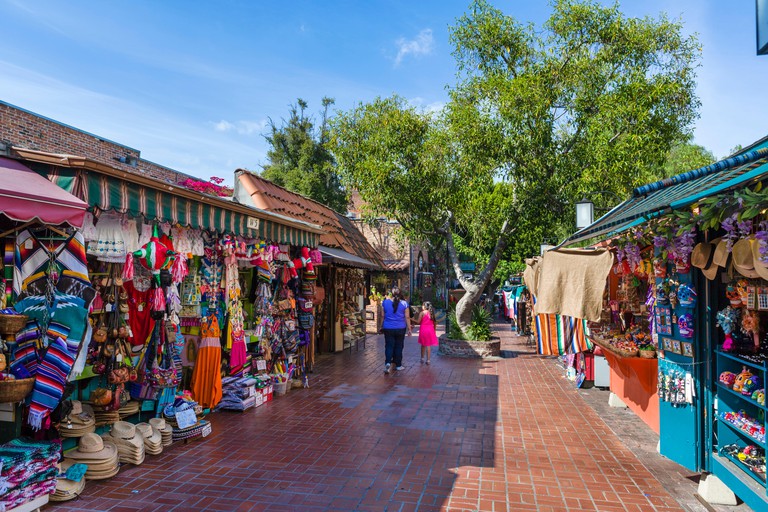 © Ian Dagnall / Alamy Stock Photo
The Los Angeles Mexican American community comprises a huge portion of the city, and the Latino culture of the community is beautifully showcased on Olvera Street. The streets are lined with taquerias and little shops where you can find authentic Mexican candy. Vibrant rainbow guitars and pottery decorate the windows on the brick-covered road. It is the perfect place to learn about Mexican culture while being able to indulge in Mexican food, candy and quirky knick knacks. 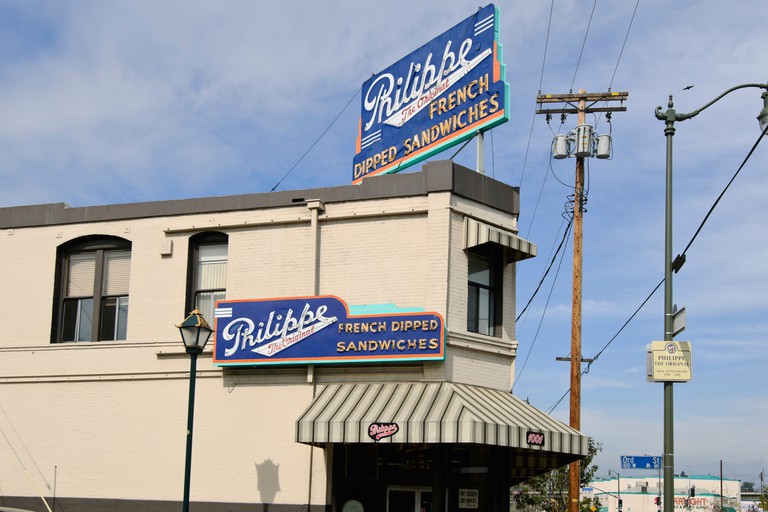 Philippe the Original is a must when in DTLA. This place not only has one of the best French dipped sandwiches in town, it is actually the very site where the sandwich originated way back in 1908. Their prices won’t put a hole in your wallet either. If a French dipped sandwich isn’t what you’re looking for, they have plenty of other delicious options.

Cafe, Restaurant, American, $$$
Facebook
Email
Twitter
Pinterest
Copy link
Share
Map View
The Original Pantry Café is an iconic L.A. institution that has only closed once since their doors first opened in 1924: the day John F. Kennedy was assassinated. It is an old-fashioned diner on the corner of 9th Street and Figueroa, serving American cuisine. The portions are huge, so if you decide to dine here, you should come with an equally huge appetite.

Rooftop Bar (at the Standard Hotel) 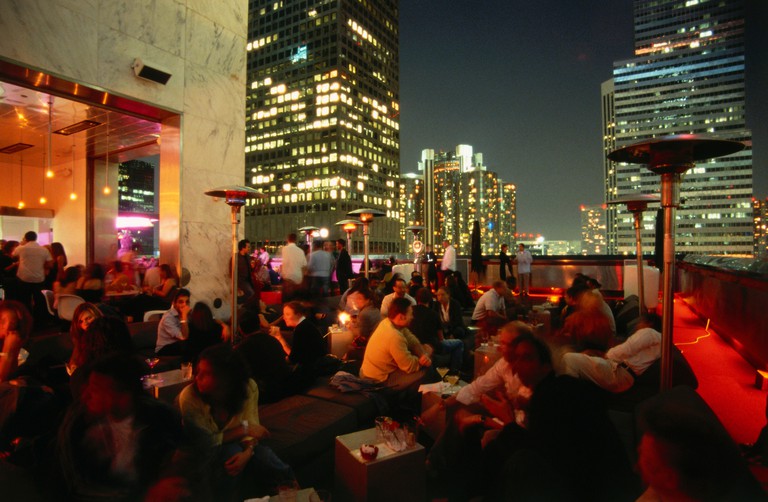 © Image Professionals GmbH / Alamy Stock Photo
The Rooftop Bar sits atop the Downtown outpost of the Standard Hotel. The hotel itself has a groovy, modern vibe that is enhanced through their choice of decor. The bar’s main feature is the heating swimming pool, although they will charge you a cover unless you are staying at the hotel. Completely worth it when you keep in mind that you get a great view of the city, and enjoying a couple of drinks while doing so doesn’t hurt either.

Market, American, Dim Sum, Seafood, Street Food, Vegetarian, Vegan, Gluten-free
Facebook
Email
Twitter
Pinterest
Copy link
Share
Map View
Grand Central Market is not too far from the Standard Hotel, and it boasts over 30 vendors to choose from. It is a place that brings together the diversity found within the city via its wide array of food and beverages. There’s a huge variety of dining options, ranging from pupusas to ramen to oysters, with some serving craft beer. The Grand Central Market also hosts several events, including game nights, movie nights and special food/beverage promotions.
Book Now 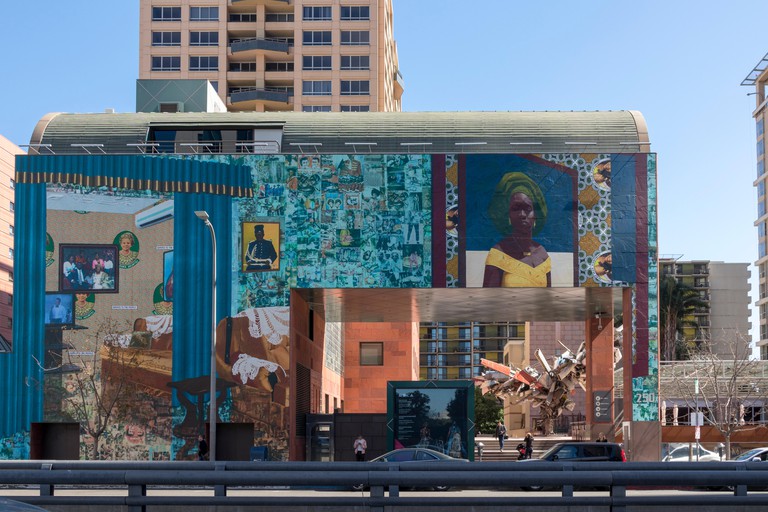 © B.O'Kane / Alamy Stock Photo
The Museum of Contemporary Art, Los Angeles, otherwise known as MOCA, is divided into four locations spread throughout the city. The main one is located in Downtown LA and is known as MOCA Grand Avenue. MOCA is a contemporary art museum that offers an insight into the art of today through educational programs and special exhibitions. There is a small fee to enter the museum, unless you visit from 5pm to 8pm on Thursdays. MOCA also has a shop that sells pieces of art as well as other novelty items. 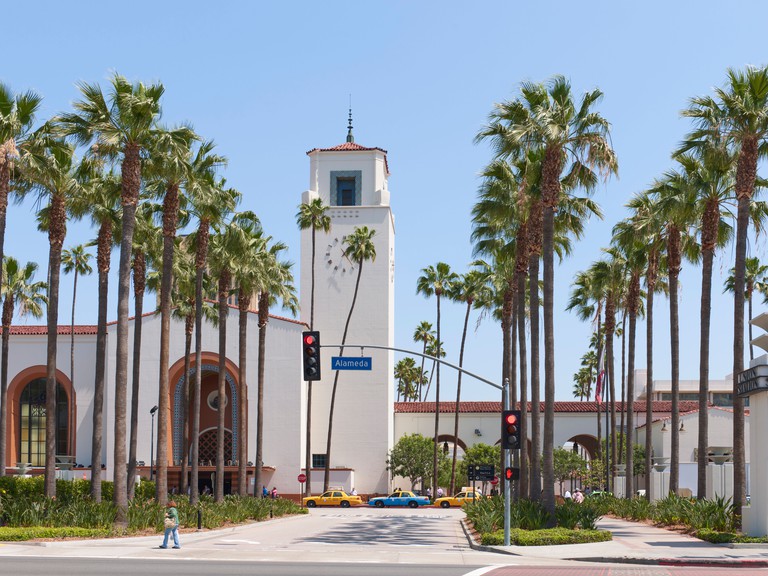 © NiKreative / Alamy Stock Photo
Union Station, originally known as the Los Angeles Union Passenger Terminal, opened in 1939, serving as a fully functioning train station. It still serves as the departure point for travelers, via rail or bus, and it is a great place to find information on nearby communities, spend time during layovers and just appreciate the history and architecture of the building itself. The interior displays beautiful wooden ceilings and gorgeous tile floors. 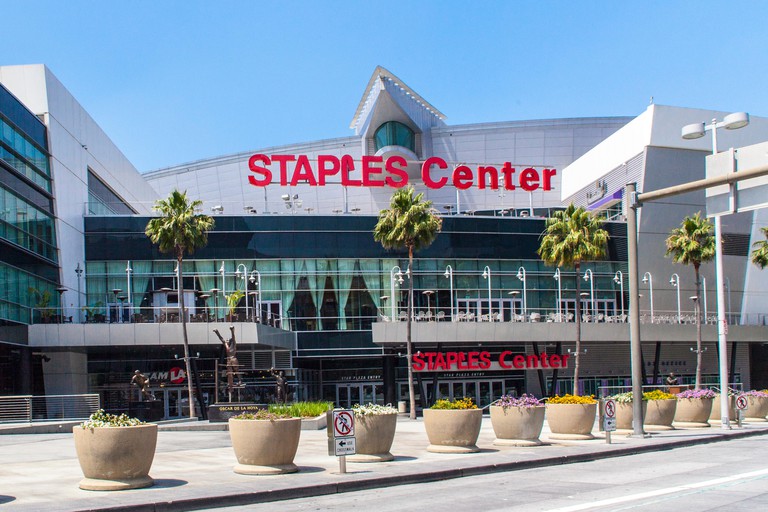 © John Crowe / Alamy Stock Photo
Staples Center has been said to be “the world’s most successful arena,” which hosts many, if not all, the major Los Angeles sporting events. It is the home to the LA Lakers, LA Clippers, LA Kings and LA Sparks. Not only does it host basketball and hockey games, it also hosts huge musical performances and televised entertainment events. When people think about Los Angeles, it is hard not to associate it with the Staples Center. A subdivision of the Staples Center is LA Live, which includes a movie theater, bars, concert theaters, restaurants, hotels and ballrooms. LA Live is also home to the ESPN broadcast offices where, if lucky, those into sports can attend a taping of ESPN’s SportsNation show.
Give us feedback