The Top 10 Restaurants In The Tenderloin, San Francisco

The Tenderloin is a small neighborhood near downtown San Francisco, situated between Union Square and the Civic Center. The Tenderloin often gets a bad rap, but if you can get past the negative stereotypes, you’ll experience one of the most interesting and diverse neighborhoods in the city. To help you in your exploration, The Culture Trip has profiled the top 10 restaurants in the Tenderloin neighborhood. 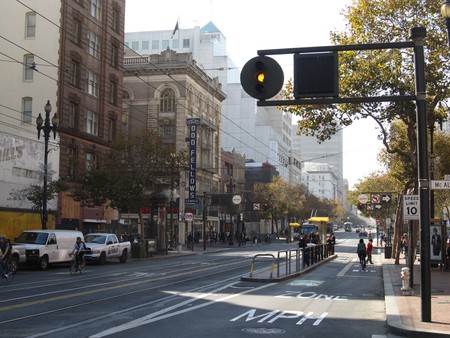 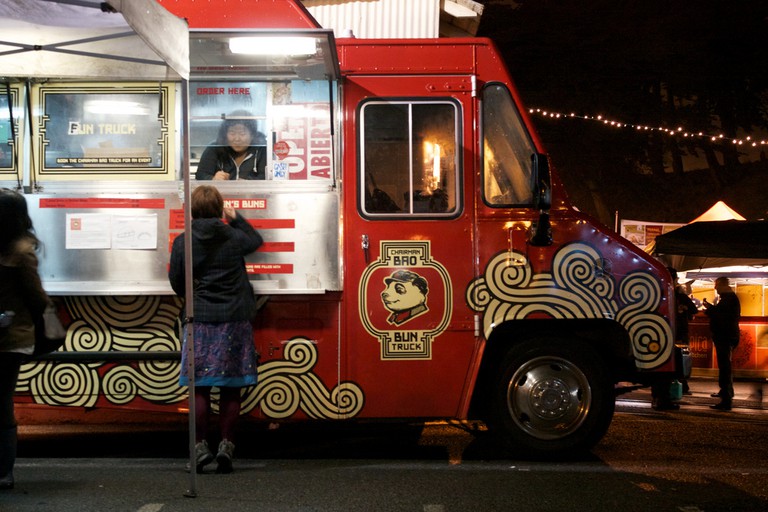 The Chairman | © sw77/Flickr
This small cafe with open-kitchen seating serves traditional, family-style Ethiopian dishes, veggie combos, and spicy teas. Tadu Ethiopian Kitchen’s recipes are authentic and designed to capture the flavors of Ethiopian cuisine, with ingredients that are both locally grown and imported from Ethiopia. Stop by Tadu and fall in love with Ethiopian food and culture.
Open In Google Maps
484 Ellis Street, Tenderloin, San Francisco, California, 94102, USA
+14154096649
Visit Website
Give us feedback 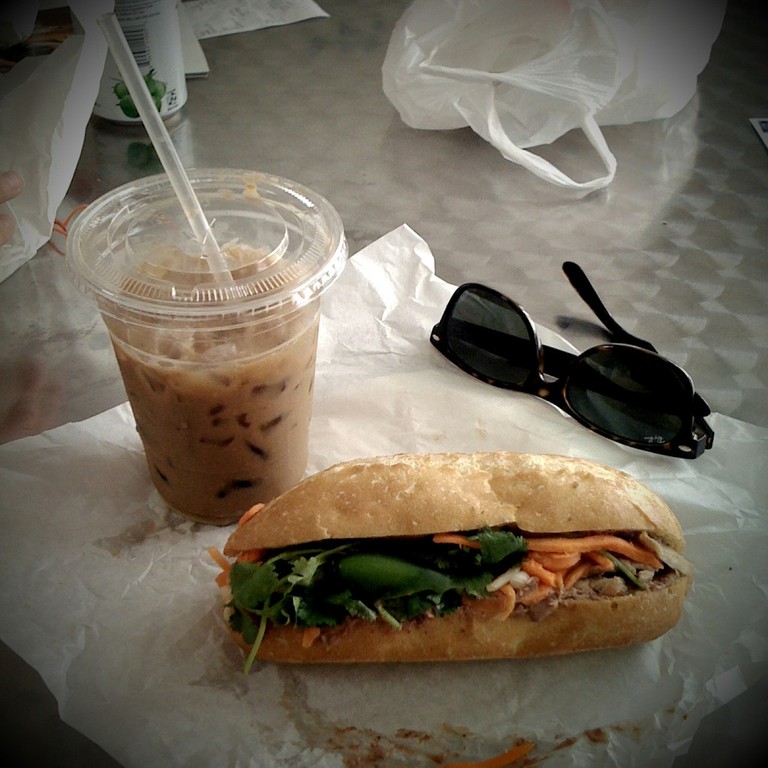 Saigon Sandwich | © Dennis Yang/Flickr
The Chairman is an Asian fusion spot in the Tenderloin, serving bao steamed buns, rice bowls, and gluten-free options. With entrées like a pork belly bowl with fried egg, noodle salads, braised beef short rib, and Coca-Cola braised pork bao, The Chairman is sure to become one of your favorite go-to restaurants. And if you’re on the go, be sure to check out The Chairman’s food truck!
Open In Google Maps
670 Larkin Street, San Francisco, California, 94109, USA
+14159673686
Visit Website
Give us feedback

Saigon Sandwich is a small, takeout-only and cash-only Vietnamese sandwich shop in the Tenderloin that offers delicious meat and tofu banh mi sandwiches. Be sure to stop by early because there is almost always a line for one of their delicious sandwiches! 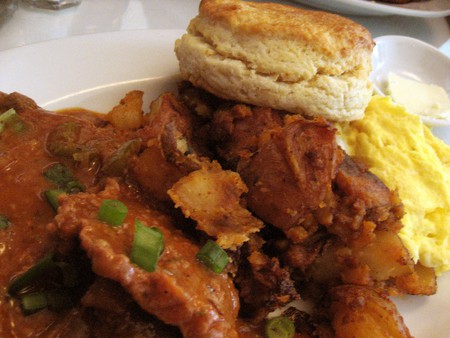 Brenda’s French Soul Food offers Southern, Creole, and French cuisines presented in a down-home style and atmosphere. Enjoy tasty appetizers like crawfish beignets and hushpuppies, followed by entrées like chicken étouffée, shrimp and grits, and a cornmeal fried shrimp po’boy, plus a variety of sweet beignets for dessert. But get there early because Brenda’s doesn’t take reservations, and it fills up fast!
Open In Google Maps
652 Polk Street, Tenderloin, San Francisco, California, 94102, USA
+14153458100
Visit Website
Give us feedback 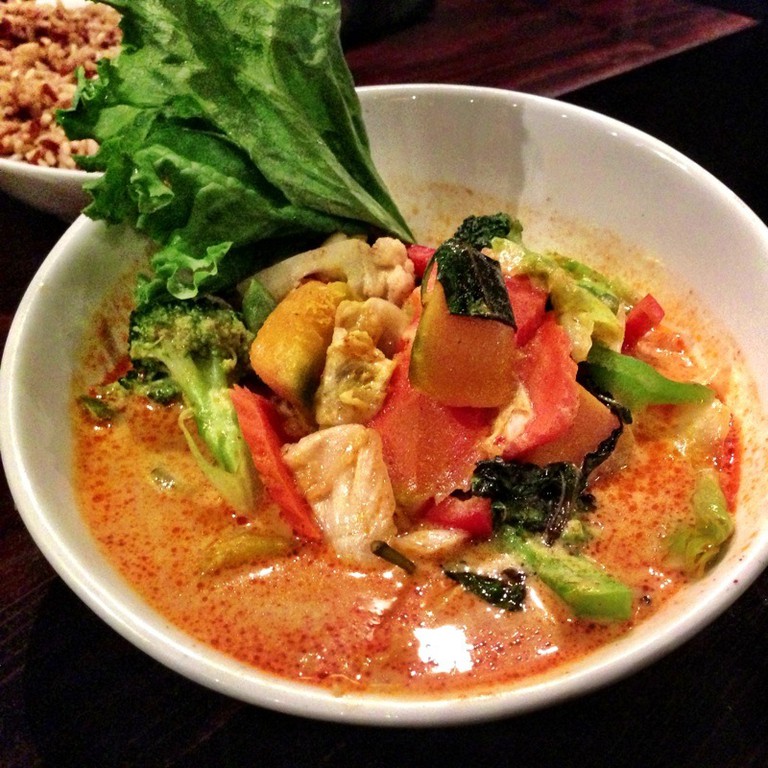 Thai Idea Vegetarian | © j bizzie/Flickr
Realizing that there was an absence of Nepali food in San Francisco, this family-owned restaurant strives to bring a taste of the Himalayas and local Nepali cuisine to the city. In addition to Nepali food, Red Chilli also serves Indian and Pakistani dishes.
Open In Google Maps
522 Jones Street, Tenderloin, San Francisco, California, 94102, USA
+14159313529
Visit Website
Give us feedback

Rusty’s Southern embraces the traditions of the South, but through more than just food. They believe that being Southern is more than just a geographic identity, and that it comes down to how people relate to one another and embrace the traditions of their food. Rusty’s offers entrées like catfish, fried chicken, meatloaf, and pork chops, with sides for the whole table. There’s a specialty brunch, and lunch items are served every day along with craft beer. 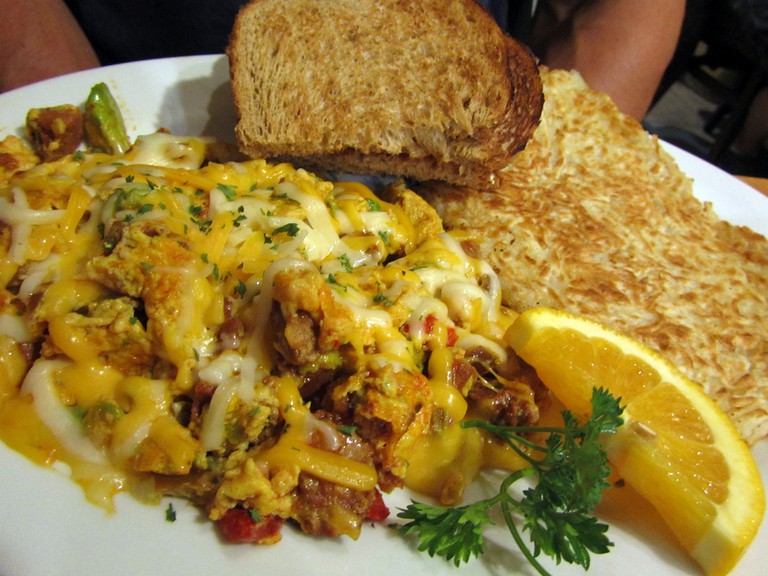 Taylor Street Coffee Shop | © Tony/Flickr
Un Cafecito is a small locale in the Tenderloin that serves coffee and tea, brunch, tamales, and sandwiches. They also often feature local artists in the café and frequently have spoken word poetry and live music nights. So head to Un Cafecito, grab a Mexican hot chocolate and bagel with Nutella, and settle in for a night of spoken word.
Open In Google Maps
Give us feedback

Taylor Street Coffee Shop is a small, casual, neighborhood spot that offers traditional American breakfast and lunch. Try their breakfast pizza, with hash browns under scrambled eggs, bacon, sausage, their specialty Millionaire’s Bacon, or grab something healthier with a side of fresh fruit.