The Oldest Restaurants In San Francisco

The Oldest Restaurants In San Francisco

San Francisco by night © Pexels
From the 1906 San Francisco Earthquake to the Beatnik 1950s to the Tech Boom of today, these restaurants have seen it all. These dining establishments have been defined by their ability to adapt to new trends while keeping their authenticity. Since we’re constantly being distracted by all things shiny and new, check out ten of the oldest restaurants in San Francisco for a look into the city’s rich history.

Located in the Financial District and just a few blocks from the Ferry Building, the Tadich Grill is one of the most authentically San Franciscan restaurants in the city. California’s oldest restaurant, it prides itself on serving its customers the freshest and most delicious seafood available. Due to its reputation, Tadich’s is crowded at nearly every time of day, so expect a line when you visit. 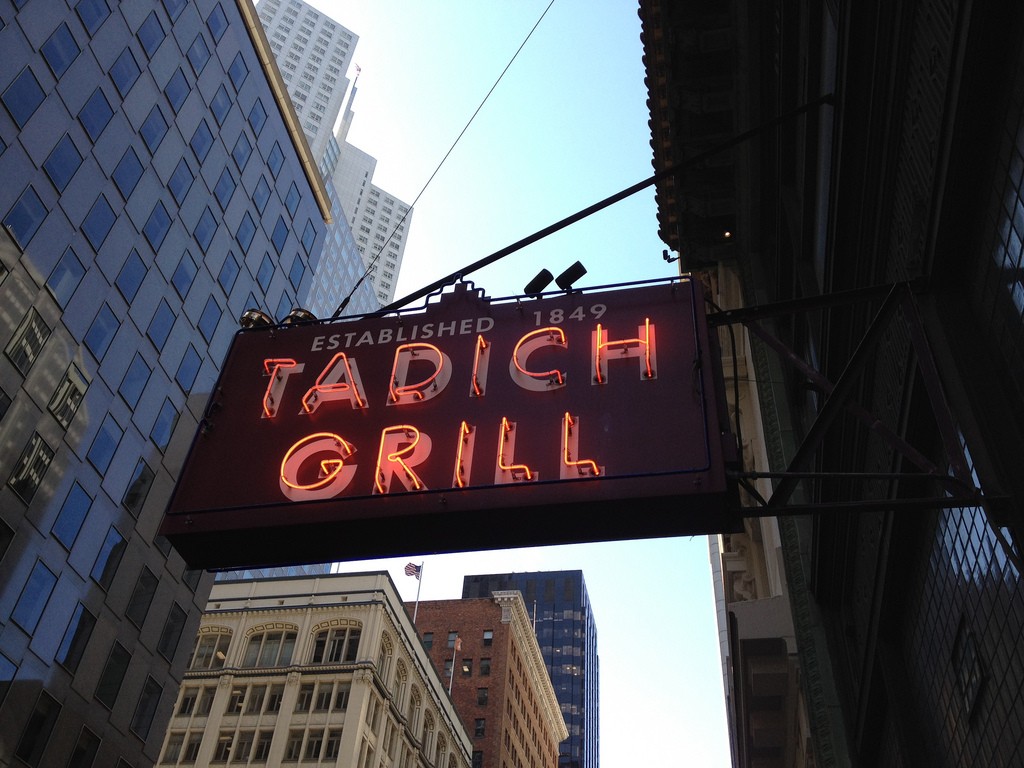 Bar, Restaurant, Seafood, $$$
The Old Clam House has served food and beverages in the exact same place for over 150 years. This amazingly resilient restaurant was popular among local workers in the late 20th century and continues to be a hotspot for all kinds of San Franciscans. With its bar still consisting of the original structure, you can be sure that you’ll be enjoying your pint at a place filled with thousands of stories.
More Info
Open In Google Maps
299 Bayshore Boulevard, Bayview, San Francisco, California, 94124, USA
+14158264880
Visit website
Give us feedback

Restaurant, American, $$$
Sutro's
Nestled among the cliffs overlooking Ocean Beach, the Cliff House has had a long history in San Francisco. The original structure was built in 1863 and after several ownership switches, countless renovations, and even an explosion, the Cliff House continues to delight its guests with stunning views and beautiful architecture. Be sure to check out its weekly Sunday Brunch, which – although not cheap – includes an all-you-can-eat buffet and bottomless champagne.
More Info
Open In Google Maps
1090 Point Lobos Avenue, Sea Cliff, San Francisco, California, 94121, USA
+14153863330
Visit website
Give us feedback

Restaurant, Seafood, $$$
The sign outside Sam’s Grill
Evolving from a small oyster stand to one of San Francisco’s most established restaurants, Sam’s Grill and Seafood Restaurant is certainly one of the best restaurant transformations. In addition to dozens of delicious menu options inside the restaurant, this seafood-friendly smorgasbord has recently opened Sam’s Seafood Alley, a casual outdoor space with its own unique menu.
More Info
Open In Google Maps
374 Bush Street, Belden Place, San Francisco, California, 94104, USA
+14154210594
Visit website
Give us feedback

Fior D’Italia has been serving its customers authentic and delicious Northern Italian cuisine for the last 130 years. Fior opened its doors in 1886, making it the oldest Italian restaurant in the entire United States. The restaurant also has a series of banquet rooms, such as the ‘Godfather room,’ available to hire.

Bar, Restaurant, German, $$$
Schroeder’s has a Bavarian style beer hall which is home to countless events throughout the year, including many Oktoberfest celebrations in the fall and live music. Check out their calendar for the latest events.
More Info
Open In Google Maps
240 Front Street, Financial District, San Francisco, California, 94111, USA
+14154214778
Visit website
Give us feedback

From actress Renée Zellweger to President Zedillo of Mexico, John’s Grill has hosted over a hundred famous guests since opening in 1908. This historical gem is filled with pictures of its famous patrons as well as authentic old San Francisco furnishings. John’s Grill is also known for being one of the settings in Dashiell Hammett’s novel, The Maltese Falcon. 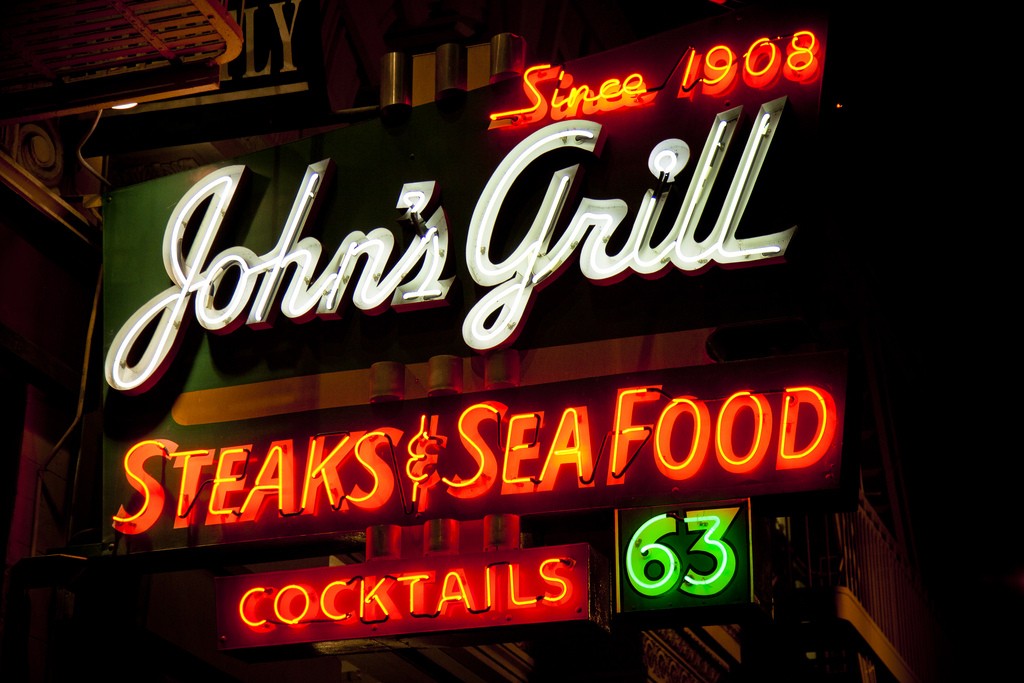 Bar, Cafe, Cocktail Bar, American, $$$
The Balboa Cafe
With its brunch menu that includes items like the Balburrito and the Balboa Burger, the Balboa Cafe is a good place for a re-energizing breakfast following a night out in the Marina. Although the restaurant was officially established in 1913, the owners were superstitious about the number 13, so the sign outside the reads, ‘Balboa Cafe since 1914.’
More Info
Open In Google Maps
3199 Fillmore Street, Cow Hollow, San Francisco, California, 94123, USA
+14159213944
Visit website
Give us feedback

Alioto’s Restaurant is located in Fisherman’s Wharf, a popular spot for both tourists and locals. To capture Alioto’s seaside culture, try their cioppino, a Sicilian specialty and one of their signature dishes created by Rose Alioto, the restaurant’s founder.

Restaurant, Seafood, $$$
Stop by for a quick bite at Sabella & La Torre’s outdoor restaurant in Fisherman’s Wharf
Also located in Fisherman’s Wharf, Sabella and La Torre is an Italian restaurant that began as a drive-up store for fresh seafood. Its founder, Luciano Sabella, came to San Francisco from the fishing town of Sciacca in Sicily, Italy, in the early 1920s. The restaurant is currently run by Sabella’s great-grandchildren.
More Info
Open In Google Maps
2809 Taylor Street, North Beach, San Francisco, California, 94133, USA
+14156732824
Visit website
Give us feedback
Give us feedback