The Top 10 Books That Teach You About East Bay Culture 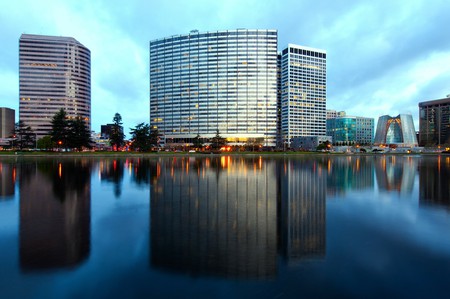 For more than a century, the East Bay has been an inspiration for writers of all kinds. Oakland and Berkeley make frequent appearances in poems, essays, novels, and non-fiction. Whether these cities have served as a setting or subject, they always make for an engaging, informative read. Check out our top ten books that teach you about the East Bay!

Telegraph Avenue, named after a main thoroughfare that runs through both Oakland and Berkeley, is the most recent novel by Berkeley resident and renowned author Michael Chabon. The book centers on two record store owners, one African-American and one Jewish, struggling to keep their business afloat in the face of the planned construction of a megastore two blocks away. Beyond the title, the novel includes many references to East Bay landmarks. History also comes into play with mentions of the Black Panthers, Miwok Indians, and other groups that have all left their mark on the East Bay. 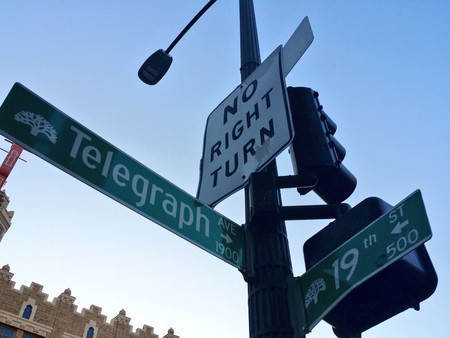 Desert Exile: The Uprooting of a Japanese-American Family

Yoshiko Uchida’s Desert Exile: The Uprooting of a Japanese-American Family is an autobiographical account of her experiences before and during WWII. Uchida was a student at UC Berkeley when the attack on Pearl Harbor occurred. Soon thereafter, the government forced her and her family, along with all other people of Japanese descent living on the West Coast, to pack up and live in internment camps, which were often little more than glorified horse stables. Uchida’s chronicle of this dark chapter of East Bay history will leave you with a greater appreciation for the many different people and cultures that reside here. 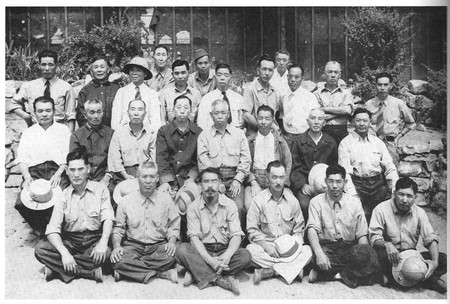 In Class Dismissed, author Meredith Maran brings us within the walls of Berkeley High School. The book follows three different students, each with their own unique experiences at the iconic school. The voices are those of a young white man from a well-off family, an academically gifted biracial young woman, and an academically struggling African-American football player. Through these different perspectives, we gain a sense of what it’s like to be an East Bay high school student in the 21st century. 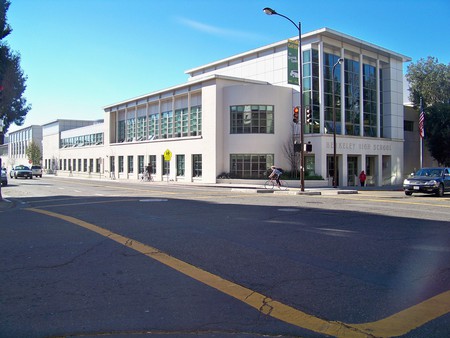 Henry Bean’s 1982 novel False Match takes us inside the mind of 26-year-old Harold Raab, who quickly becomes enamored with a woman he has never met. As we learn about Raab and his delusions, we also learn about Berkeley in the 1970s, as this is the setting of the story. The famous Telegraph Avenue makes an appearance, and there are many mentions of the different political and social movements that found a foothold in Berkeley during this time period. After you turn the final page, one thing is certain: you’ll never look at Berkeley the same way again. 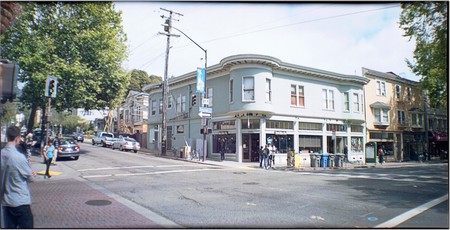 Writing and illustration complement each other perfectly in Wilson, a graphic novel by cartoonist Daniel Clowes. The book details the struggles of the eponymous Wilson, a lonely, middle-aged, divorced man living in Oakland. Different elements of his story are revealed on each page so that each page makes sense as a stand-alone segment and forms a part of the larger whole. Once you read Wilson, you can reward yourself with the movie version! A film interpretation of Wilson, which stars Woody Harrelson as the titular character, is currently in postproduction and will be arriving in theaters soon. 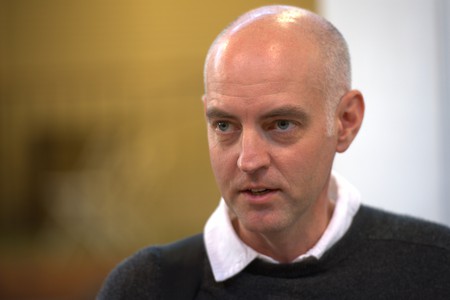 Portrait of cartoonist Daniel Clowes by Guillaume Paumier at the Alternative Press Expo 2010, organized at the Concourse Exhibition Center in San Francisco, California, by Comic-Con International on Oct. 16-17, 2010.

The Wishing Box, by Dashka Slater, tells the story of Oakland resident Julia Harris, a single mother of a seven-year-old boy. In an attempt to reconnect with the father that abandoned them years ago, Julia and her sister create a wishing box, a box with an image of the Virgin Mary inside that represents their desire to see their father again. The wishing box works, though not in the way that they expect. As the story unfolds, many Oakland landmarks and institutions, such as the Oakland A’s, Oakland Tribune, and Oakland Convention Center, come into play. 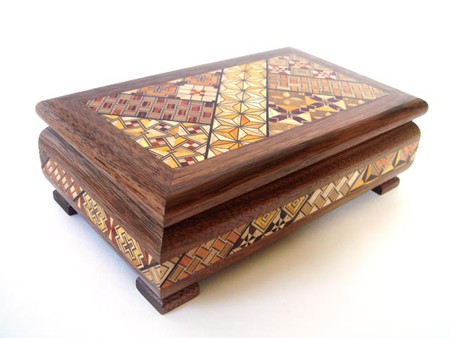 Although author and Berkeley High School graduate Phillip K. Dick is generally known for his science-fiction novels, he proves his talent for realism with Humpty Dumpty in Oakland. The year is 1960, and the novel centers on 58-year-old Jim Fergesson, an auto repairman planning to close his shop and retire. In the process, he becomes involved with a shady entrepreneur who ultimately proves his undoing. The novel offers a glimpse into the working-class history of Oakland and the economic struggles that this population faced and continues to face today. 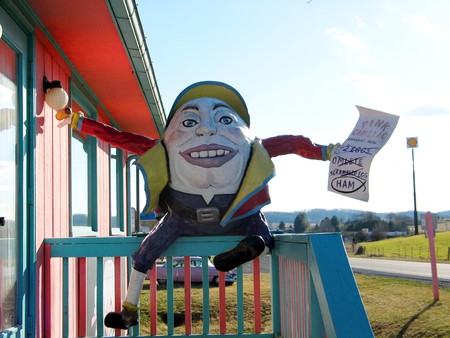 Blues City: A Walk in Oakland

Explore Oakland from the comfort of your living room with Blues City: A Walk in Oakland. In the book’s 192 pages, author Ishmael Reed takes you to locations like Black Panther reunions, gay pride celebrations, and a Japanese jazz club. Through these literary excursions, you’ll learn about several of the different communities that make up Oakland and gain a greater understanding of how they work together to give Oakland the vibrancy that has made it famous all around the world. 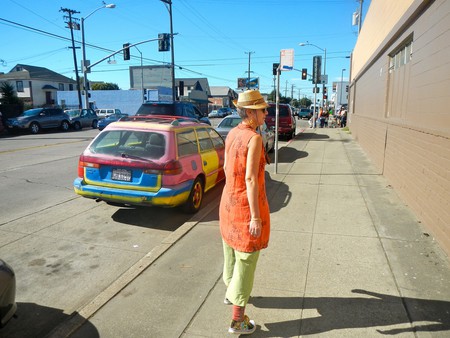 Many locations in Oakland, especially places in East and West Oakland, have a bad reputation as hot spots for crime and violence. Although some Oakland neighborhoods are indeed struggling with such issues, there’s also a lot of information that the news doesn’t report. Oakland’s Neighborhoods is an attempt to bring this little-known information to light by consulting the experts: Oakland residents. Through essays, poems, and other forms of creative writing, Oaklanders expose the secrets of their city, and some of them might surprise you. 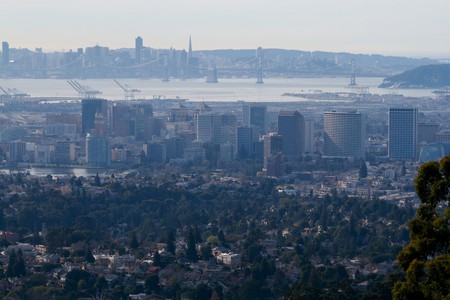 Fire in the Hills: A Collective Remembrance

In 1991, a wildfire swept through the Oakland and Berkeley hills, decimating 1,520 acres, injuring 150, and killing 25. The crisis and subsequent process of rebuilding brought the two cities and their residents together in a heartening show of humanity and unity. These are the events that are memorialized in Patricia Adler’s Fire in the Hills: A Collective Remembrance. Through a combination of photographs and narrative, Adler transports us through time to one of the worst natural disasters in East Bay history.

Aviva is a sophomore at Tufts University in Medford, Massachusetts majoring in English and Spanish and writes for two campus publications, the Tufts Daily and The Zamboni, a humor magazine. She can often be found pursuing her other passions, which include eating, cooking, dancing, and traveling. After college she hopes to continue writing and eating her way around the world.