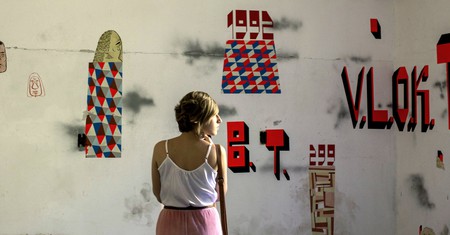 Throughout the last century, San Francisco has served as a home base for some of the most talented and revered painters, photographers, sculptors and poets in the nation, some native to the city and others who spent time working there and who came to call it home. 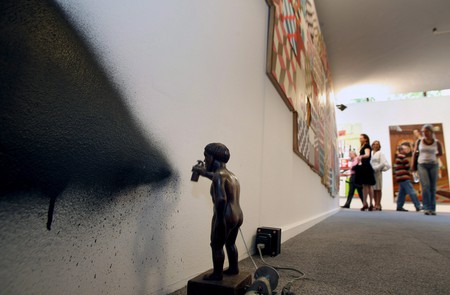 An untitled artwork by Barry McGee adorns space at the Gallery Deitch at the Art Basel Switzerland. | © Georgios Kefalas/EPA/REX/Shutterstock

Barry McGee, born in 1966 and heralded as a pioneer of San Francisco’s graffiti scene, is possibly the best-known and most respected street artist to come out of the Bay Area. He helped change the world’s perception of the craft as only a trade of vandals in the night. Much of his work shares its roots with the political and social movements that inspire the city’s murals. The SF native’s work has evolved beyond street art to include punchy paintings and other lucrative artistic endeavors, and McGee has gained notoriety through various collaborations and exhibitions around the world. 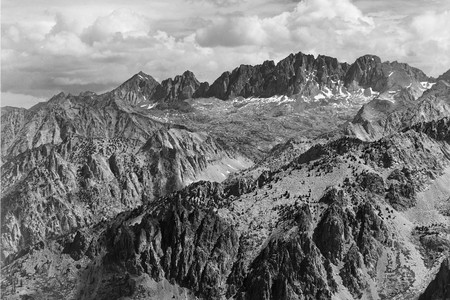 Ansel Adams’s ‘North Palisade from Windy Point,’ 1936, is a perfect example of his style of work. | © Ansel Adams / WikiCommons

Ansel Adams’s photography depicts the artist’s lifelong relationship with western America. His work contains hugely reproduced environmental photography, black-and-white shots of abounding landscapes and personal snaps of lonesome subject matter such as trees, churches and even factories. Born in San Francisco in 1902, Adams boasts a career that spans over four decades and a legacy of environmentalism that lives on through his work. One of the city’s most revered creatives, the artist passed away at 82 in 1984.

The work of Fred Lyon acts as an enthralling chronological account of San Francisco’s history and evolving culture. He spent seven long decades behind the lens photographing the city’s people and places and sharing his own experiences as a native son vicariously through his work. Lyon’s career has also taken him around the world. His photographs appear in over 50 published books, ranging from cookbooks to travel guides. Arguably the most prolific living San Francisco photographer, Lyon’s legacy continues to grow as the 91-year-old still spends his days doing what he loves most. 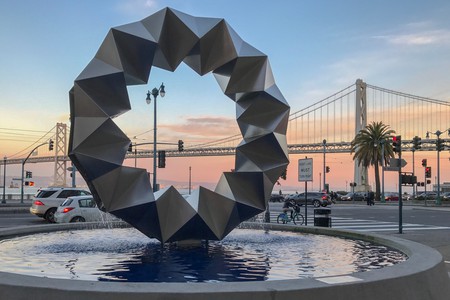 The prominent San Francisco artist Ruth Asawa finds herself in league with the great masters of old, and her life’s mesmerizing works ornament the city. Born in 1926, Asawa came to be known as an avid activist for education, and respected for her creations in wire and ornate fountain sculptures. Interned at the age of 16 following the attacks on Pearl Harbor, Asawa credits the experience as setting her on the path to realizing her potential and becoming one of the most revered artists to come out of the Bay Area. Asawa passed away in 2013 at the age of 87. 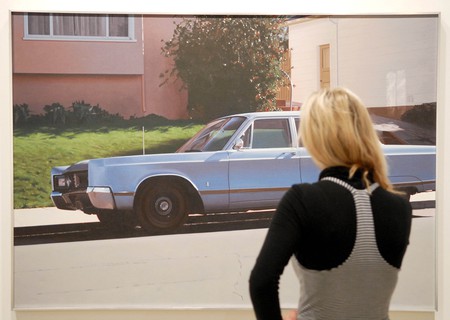 A woman views Robert Bechtle’s ‘67 Chrysler’ at ‘The Painting of Modern Life’ exhibition at The Hayward Gallery, London. | © Nils Jorgensen/REX/Shutterstock

Considered one of the earliest photorealists, the San Francisco artist Robert Bechtle, born in 1932, has spent almost the entirety of his career in the Bay Area, creating work that is unique to both the man and the city. Through countless oil paintings of his surrounding locale, be it city streets, sidewalks, cars, friends or family, Bechtle has pieced together a collage that tells the story of San Francisco through his own eyes. Bechtle’s work has earned him numerous commendations and great acclaim both nationally and internationally.

Ester Hernandez, born in 1944, is perhaps the most impactful Chicana artist to work in San Francisco, and her creations often speak about the struggles of Hispanic farmworkers and boast a positive feminist message influenced by the strong Latina figures in her own life. Hernandez showcases her thoughts on cultural identity in murals and mosaics around San Francisco. Her 40-year career has produced politically charged pieces that seek to give a voice to the underrepresented and often unheard Chicano populace in California. Hernandez aims to bridge cultural, social and racial gaps in society through her work. 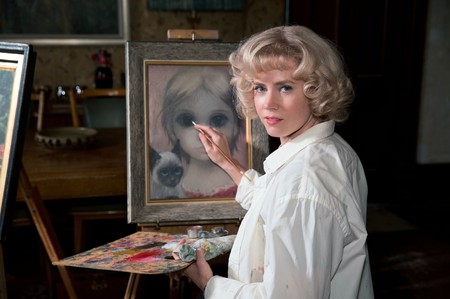 A polarizing figure in the Bay Area art scene, although perhaps for the wrong reasons, Margaret Keane’s story is tragic and heroic all in the same swing. While living and working in San Francisco, Keane was forced by her ex-husband Walter Keane to sell her work under his name; he was believed to be the artist behind her signature ‘big-eyed’ portraiture until 1970. Court battles and public exposure ultimately vindicated the real artist, whose work has become well loved around the nation.

Her eclectic work has earned her the respect of several celebrities and political figures, including the Kennedy family. Forever immortalized in Tim Burton’s 2014 film Big Eyes, Keane, born in 1927, has enjoyed substantial commercial success and continues to create new paintings from her California home. 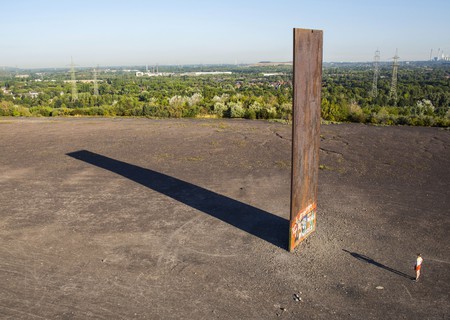 ‘Slab for the Ruhr’ by Richard Serra stands on the Schurenbachhalde heap, Essen, North Rhine-Westphalia. | © imageBROKER/REX/Shutterstock

Richard Serra’s new ideas and innovative approaches to traditional media lead to mind-bending creations. His minimalist sculptures have very much redefined the craft by creating a sense of movement that invites the audience to engage with the work. Born in 1939, the San Francisco native’s pieces are defined by captivating geometry that towers over and wraps around the viewer. Serra’s work has graced countless exhibitions and galleries around the world, and his work with both physical and digital media has earned him a place among the greats.